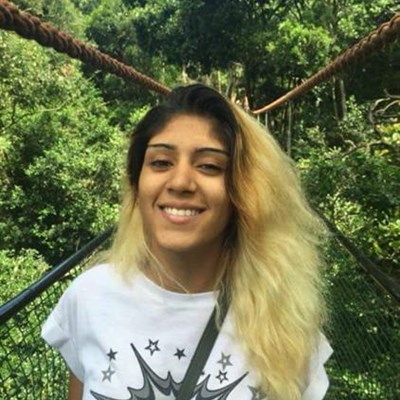 Antoinette Abdulla. Photo: Facebook.
SEDGEFIELD NEWS - The girl who was reported missing in Sedgefield, Antoinette Abdulla (15), has been found and is safe back home in Durban.
Southern Cape police spokesperson Captain Malcolm Pojie said this morning, Tuesday, December 22 that Abdulla had actually never gone missing and had climbed into the SUV vehicle of her own free will on Sunday, December 20.
“A friend of Abdulla came to fetch her and took her back to Durban. She was in contact with her family the whole time.”
Reports of the girl having gone missing came after a niece of Abdulla posted her concern to this effect on social media.
Pojie appealed to the public to please be responsible when reporting missing people, “as it takes a lot of the police’s time and resources to look for these people.”
Pojie, however, gave the assurance that police took reports of missing people very seriously, “as with all other crime.”
'We bring you the latest Sedgefield, Garden Route news'