General  Garden Route shows 13% decrease in new Covid cases           Business  ATMs: 70% will have to close under current regulations to sanitise           National  DA gives Ramaphosa 7 days to give full vaccination plan… or else           International  Fauci says Biden goal of 100 million doses in 100 days 'can be done'           National  It’s each university for itself with different academic plans in the tertiary sector
Loading

PLETTENBERG BAY NEWS - The Military Academy's students recently visited Plettenberg Bay as part of the 37th Trans Enduro race from Port Elizabeth to their base in Saldanha.

The race is part of their annual 10-day Trans Enduro exercise and is planned and executed by students.

It is held not only to develop leadership skills among the students but also enhance their understanding of the practical issues related to community service as they do community work along the way.

The exercise comprises four teams: running, land, cycling and sea. They travel from Port Elizabeth to Saldanha over a period of 10 days, staying overnight in predetermined towns along the way.

According to the race tradition, the mayor of each town on the race route writes a short letter of goodwill to the mayor of the next town.

On Monday it was Plettenberg Bay's turn. Bitou mayor Peter Lobese welcomed the Trans Enduro participants at 07:30 on Central Beach. In his speech he praised the team for their dedication, discipline, wisdom and endurance. He said that this is one of the initiatives that can make a difference in society that is crying out for role models.

He then handed over a letter of goodwill that was to be delivered to the mayor of George, which was the next stop on the programme. Lobese also received a similar letter from the mayor of Kouga, the stop before Bitou. 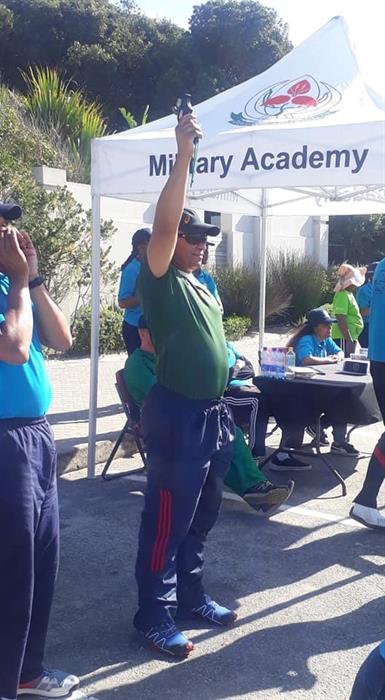 Bitou mayor Peter Lobese sets off the Trans Enduro team for the next part of the race.