Local insists on answers from politicians 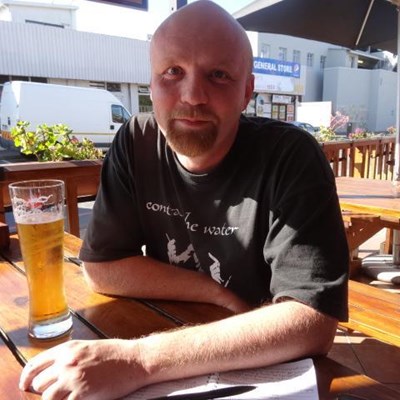 Mike Hampton challenged Knysna politicians to meet for a question and answer session
KNYSNA NEWS - Hot on the heels of Esmé Edge (Knysna’s deputy executive mayor), Richard Dawson (Ward 10 councillor) is also taking high court action against Mike Hampton (aka Wicked Mike).
Dawson wants the social media activist (owner of KnysnaKeep.org and the LoveKnysna Facebook Page) to remove online photos of him and references to his character and personal life. In the Knysna Magistrate Court, Hampton faces more demands from Greg Vogt (Knysna Tourism CEO) and Magda Moos (CPF).
Despite the tide of court cases against him seeming to have no end, Hampton has challenged the municipality to allow a public question and answer session in an attempt to get answers to the questions he claims remain unanswered.
The many questions he has asked in his web forums over the years, have not been responded to online (or there is no record of it). He claims that the municipality has unconstitutionally blocked not only his access to answers, but four of his email addresses too.
The more than 7 000 views within ten hours of him posting his challenge to the municipality on February 4 indicates that the public is interested in these matters and that Hampton’s following continues to grow.
His challenge reads, “Dear Mayor Georlene Wolmarans, Deputy Mayor Esmé Edge, Ward Councillor Richard Dawson and Deputy Chair CPF Western Cape Magda Moos. Your positions bound you by oath to serve the public. Was your oath truth or lie? Will you allow the public to understand, once and for all? I challenge you to prove that you serve the public by hosting a public question and answer meeting in Council Chambers with an arbiter whose costs we will share equally from our personal (not municipal pockets).
You can fill one half of the public gallery and I the other. You can be joined by municipal staff members, Melonie Paulse (legal adviser) and Chris Bezuidenhout (Communication's Manager). I will be accompanied by no more than two who are yet to be determined. I may even arrive alone. I don't mind the odds in your favour because I have the desire for truth on my side.”
Hampton pushes their possible legal objections aside with, “You reserve the right to pursue your court cases against me, so no need to protest with legal jargon. If both sides agree not to argue sub judice, then fair is fair. You have until 10am on Monday, February 9, 2015 to respond. Let the public find out if you are right or wrong.”
* Esmé Edge's high court motion will be heard in Cape Town on March 12. A date has yet to be determined for the Dawson case.
ARTICLE: INGRID ERLANK, KNYSNA-PLETT HERALD EDITOR
'We bring you the latest Knysna, Garden Route news'