Wayne Smith (older Benjamin Komoetie) with the film crew on set in the Knysna forests. INSET: The promotional poster for the new movie.

KNYSNA NEWS - Thirty-one years after the Katinka Heyns adaptation hit the silver screen, a new version of Fiela se Kind – which was partially shot in the Knysna forests – is set to be released in September this year.

Fiela se Kind was first published in 1985 by renowned Afrikaans author Dalene Matthee, and for those who aren't familiar with the storyline, here is a synopsis of the plot according to Wikipedia:

"Set in nineteenth-century rural South Africa, Fiela se Kind tells the story of Fiela Komoetie and a white, three-year-old child, Benjamin, whom she finds crying on her doorstep.

"For nine years, Fiela raises Benjamin as one of her own children. But when census takers discover Benjamin, they send him to an illiterate white family of woodcutters who claim Benjamin to be their son. What follows is Benjamin's search for his identity and the fundamental changes affecting the white and coloured families who claimed him."

New director
The book was first adapted to film by renowned director Heyns in 1988, and now the latest adaptation was done by award-winning director Brett Michael Innes, whose film Sink won five Golden Horn awards at the 2017 South African Film and Television Awards. Brett explained that he happened upon the idea of making a new adaptation by pure chance at a publishing event.

"I was at an event that NB Publishers was hosting when I heard that the rights were available," he said. "I grew up loving the novel and thought I'd see if I could get the rights to do a new adaptation."

Innes explained that although the new adaptation's script will remain true to the novel, it "also chooses where it wants to focus". "I wanted to focus on Benjamin's identity crisis but also give a lot of attention to the experience of the Komoetie family, especially the children," he explained.

Challenging conditions
When it comes to the filming side of the movie, the crew spent five weeks in the arid Karoo just outside Uniondale, as well as in some gorgeous forests in Knysna and Plett, while the 1880 Knysna town was filmed in Worcester. Filming in the forests came as a bit of a challenge to Innes and the crew, he admitted. "The forest was spectacular but also incredibly trying. Between rain, mud, trees and wind, we found ourselves really pushed on a physical level."

Brett also feels that the new adaptation of the book is different to the 1988 one in many aspects. "Our version of Fiela is a different film, from the visuals to the performance to the score to the writing," he said. "I'd say that the 2019 version gives more attention to the Komoetie family and presents a Fiela who is softer and more aware of her social standing." Wayne Smith and Melissa Willering (older Nina van Rooyen) have a bit of a laugh on set in the Knysna forests. Photos: Supplied 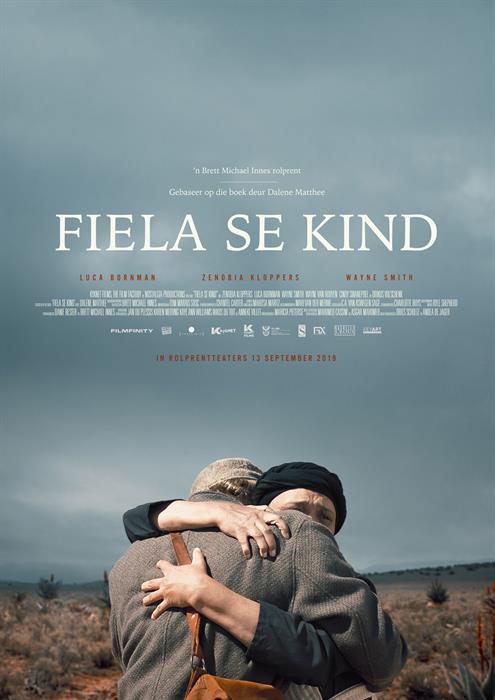 The promotional poster for the new movie.