KNYSNA NEWS - Although many thought it was the end for the Knysna Art Society, it seems that it has a new lease of life under the leadership of its new committee and a spanking new (not in years though) venue at the Old Goal in Queen Street.

Now still in pop-up mode, the tables and chairs have all been placed into position and the workshops are in planning.

The current society has had three exhibitions since it took over the reins last year and is currently exhibiting African Wealth by Susi Rood and Thanduxolo Ma-awu at the Old Gaol Gallery.

The opening night was on 19 July and the exhibition is on until 22 August.

In a rather clever juxtapositioning, Rood’s works are more focused on tribal culture while Ma-awu’s features urban African portraits. The show marks Rood’s third exhibition with the society. “The works, which include a series of delicately carved animal skulls, are inspired by tribal traditions from East Africa, how people from there live and tell a story about their lives through their eyes,” she says.

Rood also commended the new committee: “It is a thing of beauty they managed to pull off – saving the society,” she says.

Ricardo van Lingen, the chairperson, has this to say about the 360º turnaround: "I couldn't just let the society be a dying interest." 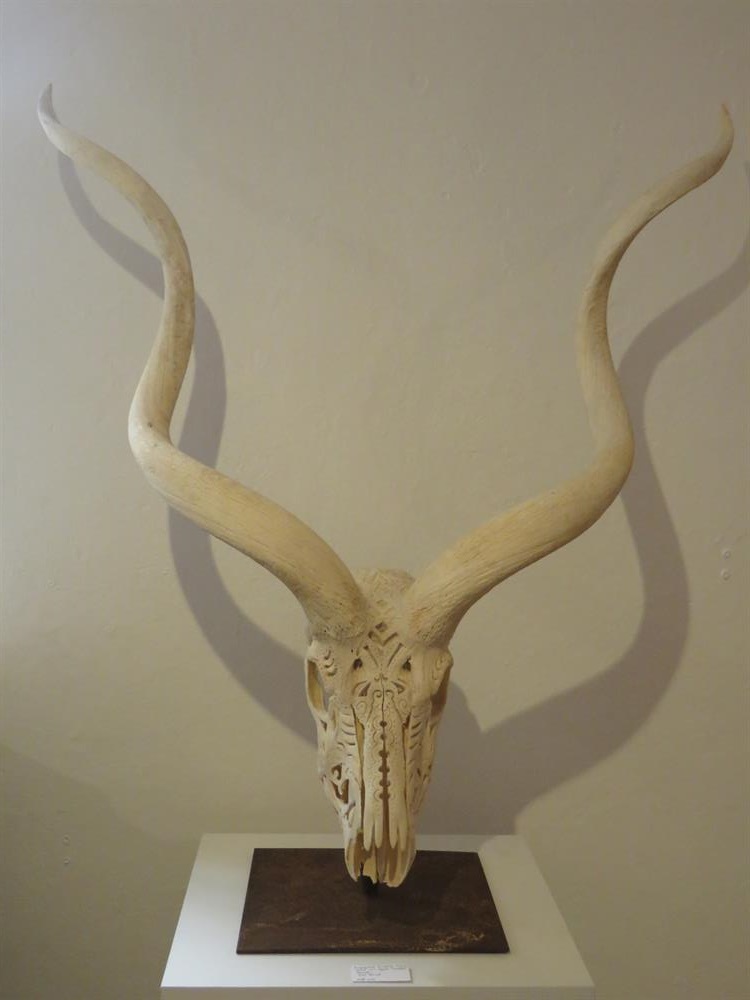 Susi Rood's works, which include a series of delicately carved animal skulls, are inspired by tribal traditions from East Africa.

He says what was most challenging about the takeover is, “Proving not only to myself but over 200 members and everyone else that we can pull off a show, and after having done so, it is incredibly rewarding.”

Another exhibition to look forward to is one scheduled for November when they will showcase works by Janet Botus, a visual and land artist who will be showcasing works about the extinction of certain species alongside six or seven other artists.