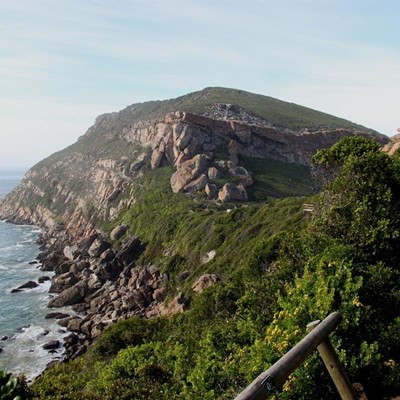 The popular Robberg Nature Reserve. Photo: Supplied.
GARDEN ROUTE NEWS - In celebration of Heritage Day this week several Garden Route nature reserves will be allowing free access to visitors until Sunday, September 27, 2015.
CapeNature chief executive Dr Razeena Omar said that with Thursday, September 24 being Heritage Day they decided to open their reserves’ gates across the Western Cape to the public free of charge to encourage South Africans to explore their natural heritage.
“Whether you’re heading to the Garden Route, the Overberg, the Winelands, the Karoo or the West Coast, you’ll be able to visit a CapeNature reserve and experience what the Western Cape’s natural heritage has to offer,” Omar said.
Western Cape MEC for Environmental Affairs and Development Planning, Anton Bredell, added that his department was committed to improving people’s lives and that nature reserves played a vital role in this endeavour. “Among others our reserves are increasingly becoming tourist drawcards and job creators, especially in rural areas. But they are also a special space for local communities to enjoy. Take this opportunity to spend some quality time with family or friends in one of our reserves across the province,” Bredell said.
CapeNature spokesman Justin Lawrence said the waiver of the access fee would pertain to general access or conservation fees, day hiking and all other activities, including white river rafting and mountain biking – both with visitors’ own equipment – as well as picnicking.
“Normal conservation fees will apply for accommodation and camping bookings, while fees are not discounted on concessions that are run by outside suppliers on our reserves,” Lawrence said.
On the Garden Route, CapeNature reserves include the Outeniqua Nature Reserve near George, the Goukamma Nature Reserve in Knysna, the Keurbooms Nature Reserve outside Plettenberg Bay and the Robberg Nature Reserve in Plett.
For more information, contact CapeNature’s call centre on 021 483 0190.
Just last week South African National Parks (SANParks) embarked on a similar initiative to celebrate South African National Parks Week from September 14 to 18.
'We bring you the latest Garden Route news'