Do not support child labour and beggars 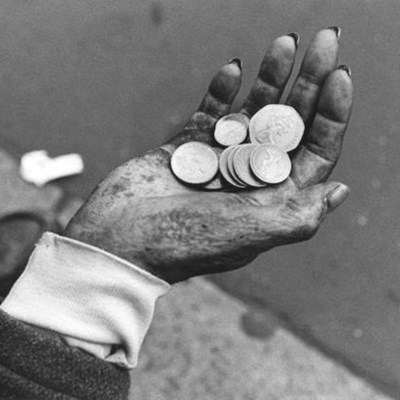 Generic Image
KNYSNA NEWS - Knysna’s traders need to be made aware that it is against the law to employ a child who is younger than 15 years of age.
In an effort to create awareness of this fact, Michael Smith and his staff at the Sinethemba Youth Development Centre will be handing out flyers to traders and the general public on Friday, May 29 at 14:00.
“Child labour is exploitative, inappropriate and detrimental to the children’s schooling and their future,” said Smith on Friday, May 22. Smith said he sees traders who employ children to sell their fruit and vegetables on the streets, while others employ kids to work as taxi 'guards' in the taxi industry.
Smith said that he had approached these traders and taxi-owners the previous week and had reached an agreement with them to not employ children in future.
Smith said people should also think twice before they give money to children who are begging or car guarding in exchange for money.
“Giving money to children on the street encourages them to leave home and stay out of school. It promotes substance abuse and keeps them away from organisations such as Sinethemba who could provide them with clean clothing, two nutritional meals each day as well as opportunities to get back into school,” Smith said.
He said many of these children were in fact charlatans.
“According to our knowledge, many children who roam the streets begging have homes or a place of safety to go to.”
He said these kids live in perfectly good homes, but act like desperate beggars when they grow tired of school.
“They wear tattered clothes and look dirty to win the sympathy of the people so that they will give them money,” he said. “Please stop doing that, because you are not helping the child,” he stressed.
The Sinethemba Youth and Development Centre in Khayalethu was established in the mid-2003 with the mission to rehabilitate children and youths at risk – particularly those roaming the streets. Its focus is on eventual self-sufficiency and to get them back in school.
“If you really want to help, do not give money to these children, but rather make a donation to Sinethemba.” The centre is a non-profit, section 18a company and registered in terms of section 219 of the Children’s Act of 2005 as a drop-in centre.
Since its inception, Sinethemba has been advocating against all exploitation and abuse of children between the ages of seven and 18 years. “It brings hope to children who drop out of school and turn to the streets in an attempt of survival,” Smith said.
For further information call the director, Michael Smith at 082 827 0091 or visit Sinethemba on Facebook. The centre's banking details are: Sinethemba, Nedbank current account 1089046111 at the Knysna branch, 108914.
Click on the links below for related articles: