Alexa Perks from Ace Model Agency celebrates the coming of summer in her spanking new T-shirt feeling adequately pleased that dagga has suddenly been elvated to a statuts beyond mere weed. She belongs strictly in the “Legislate but don’t abuse” league of the pro-legislation lobby. Photo: Ellephoto.co.za

KNYSNA NEWS - It has been a real "Yay-Ahhh" week for daggaphiles.

While the by now famous "Dagga Couple" Julian Stobbs and Myrtle Clarke were visiting Knysna on 19 September defining the way forward for dopedom, the rest of South Africa's pro-dagga lobby were scrambling around trying to make sense of the recent ruling to legalise cannabis.

When the historical judgement was delivered on 18 September regarding the use of cannabis at home, it opened the floodgates to many misconceptions and rumours circulated among cannabis supporters countrywide because of the many grey areas left by the ruling.

Deputy chief justice Raymond Zonde said in his judgement that the ban on private possession and consumption, and cultivation of the plant for own use is unconstitutional. The court found that the country's cannabis ban infringed on section 14 of the South African constitution which gives all citizens the right to privacy. This coincided with the Western Cape High Court's ruling in March 2017.

Rumours flying high
"I can carry up to 3kg with me and the police can't do anything; "I can smoke anywhere I want and I won't be stopped"; and "Soon pharmacies will be selling us top quality ganja" were just some of the notions doing the rounds among users.

The Dagga Couple, who have been fighting for the decriminalisation and legalisation of the plant for eight years since they themselves were arrested for possession, told a packed audience at the Knysna Angling Club that this is just the beginning of a long road ahead for the cannabis community, and continued to share their Fields of Green for All mission during a highly informative presentation.

Their quest is condensed in a booklet – or discussion document as they call it – titled "Proposal for the Legal Regulation of Cannabis in South Africa". Quoting a Joe Jackson song, Myrtle said, "You can't get what you want, till you know what you want." 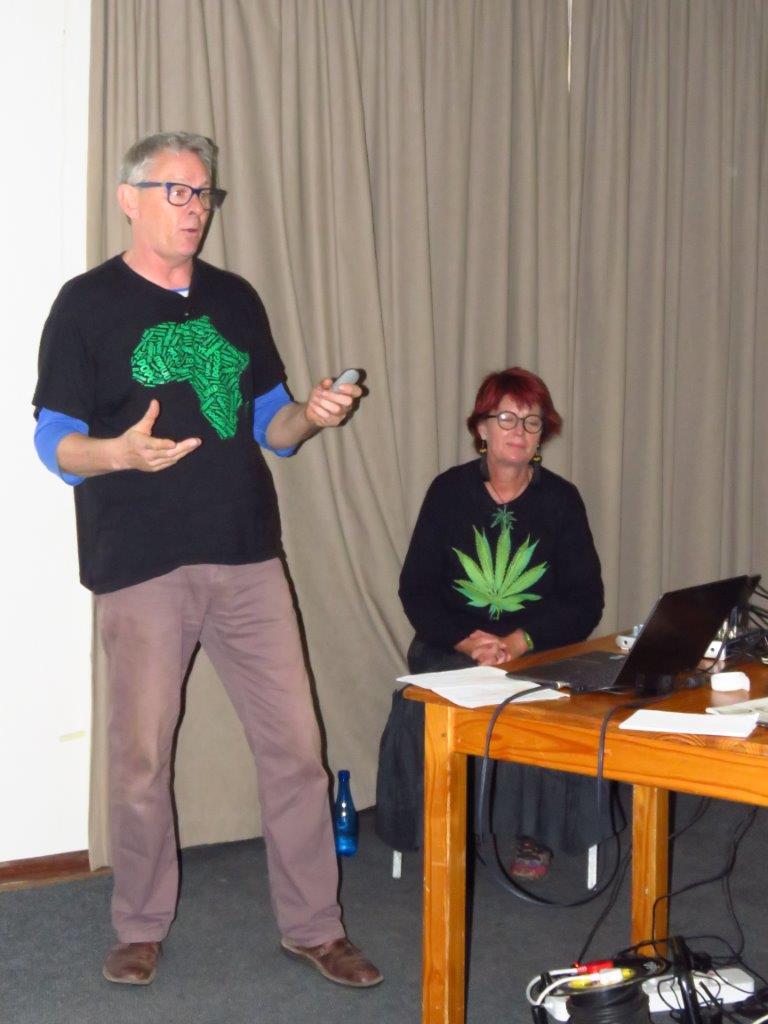 The Dagga Couple, Julian Stobbs (left) and Myrtle Clarke, at the Knysna Angling Club discussing various aspects of the concourt ruling and their discussion document, "Proposal for the Legal Regulation of Cannabis in South Africa". Photo: Stefan Goosen

Community input needed
She said before any decisions are made by government, the greater cannabis community – including the roughly 900 000 growers and 20-million users nationwide according to their estimates – must have input into how the legalisation process will go.

"We're still not where we need to be after the judgement, but circumstances should be better now as the Concourt has laid a good foundation," she added.

The document, said Myrtle, would also help prepare and organise the cannabis community for the road ahead as parliament still has 24 months to change legislation. "We have a hell of a lot to consider and need the entire cannabis community's input," she said.

The document contains suggestions for how the production, transportation and cultivation of cannabis should work in future. It also discusses the economic impact that legalisation might have and how to regulate the industry in a way that will benefit South African users from all walks of life.

Jules reminded the audience that it is still illegal to profit from the sale of cannabis. He also reiterated that legalisation should not put control of the plant into government's hands. "We don't want to end up having to register on a database and buying our weed from the government like in Uruguay," he said.

Knysna police have had quite the history when it comes to cannabis, and this publication has reported on most – more recently the bust on the Rastafarian community of Judah Square.

How will local police be treating those in possession of cannabis? And will the busts now come to an end?

These were some of the questions posed to spokesperson Sergeant Chris Spies who said, "Kindly be advised that this issue is a matter of national importance and will be forwarded to the provincial media centre for a response."

At the time of going to print no answers were received.

* The document can be found online at fieldsofgreenforall.org.za. 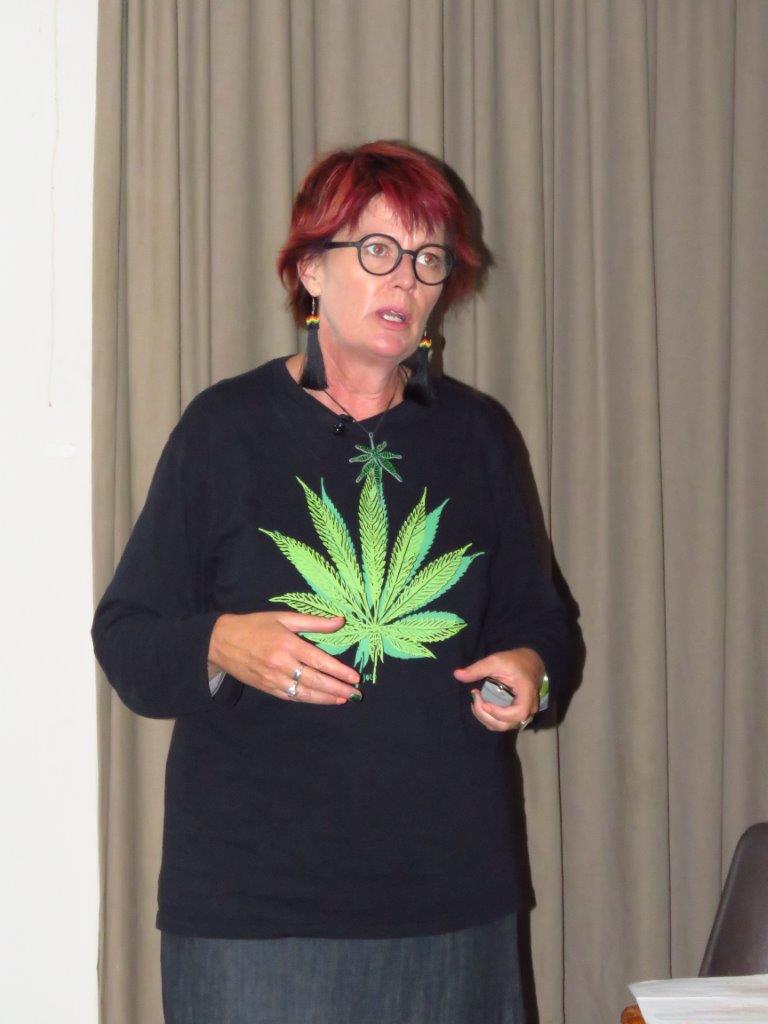 One half of the Dagga Couple, Myrtle Clarke, at the Knysna Angling Club elaborating on aspects of their discussion document, "Proposal for the Legal Regulation of Cannabis in South Africa". Photo: Stefan Goosen