Mayor Mark Willemse in his office, about to don his mayoral chain for a photo shoot earlier this week. Photo: Lee Jay

KNYSNA NEWS - After more than a year of hounding Knysna mayor Mark Willemse to vacate his position, the DA revoked Willemse's membership to the party on Monday this week. The notification was sent to the municipal manager and in such a case, the MM is obliged to remove the individual as councillor, automatically revoking his status as mayor as well.

''Former councillor Willemse is no longer the mayor of Knysna or a councillor of the municipality," the town's DA constituency head Dion George said yesterday.

"As a direct result the mayoral committee has automatically dissolved. This signals a new beginning for Knysna."

'It's becoming personal'
But Willemse is not taking it lying down and maintains he is still the first citizen in town. "It is becoming personal," he told Knysna-Plett Herald on Monday. ''The termination is unlawful and we're contesting it.''

His legal council sent a dispatch to the MM earlier this week informing him that the decision by the DA will be taken on review to the high court and that an urgent application for an interdict to halt the process – to remove him as mayor – will be instituted.

So do we or do we not currently have a mayor in Willemse?

The pending interdict constitutes a request by Willemse's council that the status quo (in other words Willemse's status as mayor and DA member) remains in place until the review process is completed. This, according to Ward 10 councillor Peter Myers, lobs Knysna unceremoniously into a classic Schrödinger's cat situation:

should the interdict be successful, Willemse is currently still mayor; if it is unsuccessful, he is not presently the mayor of Knysna.

Over the past month the DA had intensified its more than a year-long thrust to remove Willemse from office. On Thursday 26 September, Willemse received notification that his DA membership will be revoked and that he had 48 hours to supply the party with reasons why this should not occur. Willemse duly complied, but this was viewed by members of the DA leadership to be a reapplication for membership to the party – which it subsequently refused. "On Monday, the DA formally advised Willemse that his application to be readmitted as a member of the DA and objection lodged was, after careful consideration, refused," said George.

"How can he for all practical purposes possibly reapply for a position that he still holds," a puzzled Myers exclaimed yesterday.

The DA wants to remove Willemse because it is of the opinion that he contravened the federal DA constitution by holding on to a position that was not afforded him through official party procedures.

Year-long history
Willemse became mayor when the majority of the DA caucus left the chambers during a motion of no confidence against former mayor Eleanore Bouw-Spies last year – presumably to ''break the quorum'' and postpone an immediate vote for a new mayor as the municipal regulations demand.

Willemse and Myers remained in chambers, which left the arena open for an ANC takeover. They were then instructed by MEC Anton Bredell to do anything to keep the DA in power and back in chambers, Myers proposed Willemse as mayor to succeed Bouw-Spies in order to retain a DA leadership.

Even though the Municipal Structures Act stipulates that another mayor is elected as soon as the presiding one is deposed, the DA has since insisted that Willemse had been elected to the post illegally because he had violated internal DA regulations and procedures pertaining to the election of a mayor, by accepting the position, and has tried to remove him from office.

Municipal spokesperson Christopher Bezuidenhoudt confirmed yesterday that the MM received notification of the latest DA moves on Monday 30 September. "In terms of the Municipal Structures Act, the MM has in the event of a vacancy, 14 days to consult with the IEC and to call and set a date for a by-election," he said. 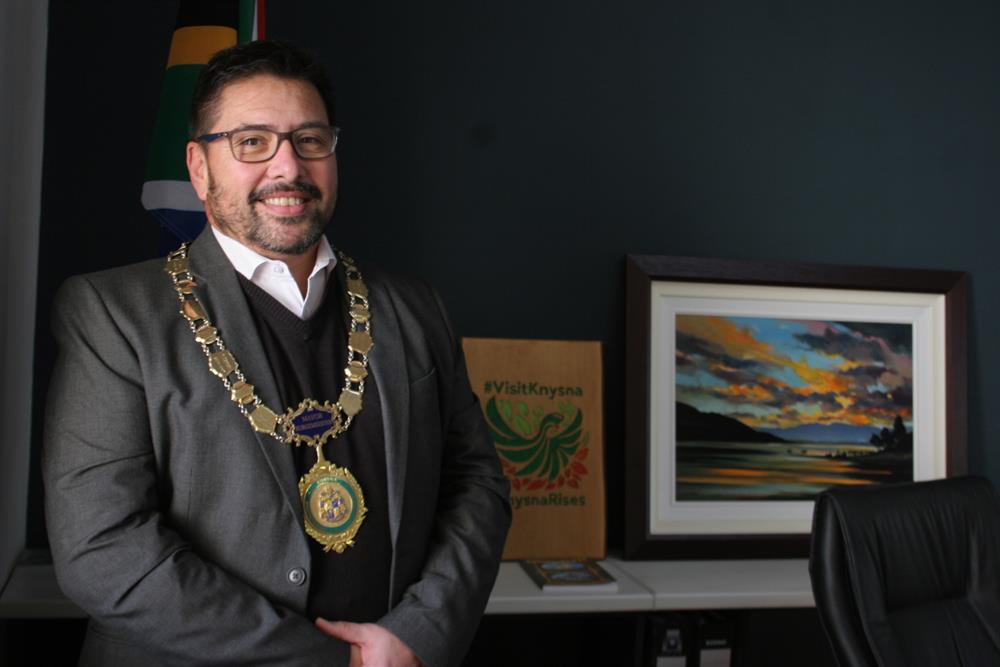 Over the past month the DA had intensified its more than a year-long thrust to remove Willemse from office. The DA revoked Willemse's membership to the party on Monday this week.