During the past seven days (23 to 30 December), Knysna has recorded an additional 17 deaths, making it the second deadliest week that KPH has on record.

This also means that all three of Knysna's deadliest weeks have come in December.

The third highest came between 2 and 9 December when 16 additional deaths were recorded (the highest at the time), the second highest was this past week with 17, and then that number is surpassed only by the 19 recorded between 9 and 17 December.

In the past week, Bitou recorded 8 new deaths, making it the joint-third deadliest week on KPH record – tied with the week between 25 November and 2 December.

The recovery rate has also reached levels last seen in mid-November, currently standing on 86,3%, with the mortality rate at 3%. 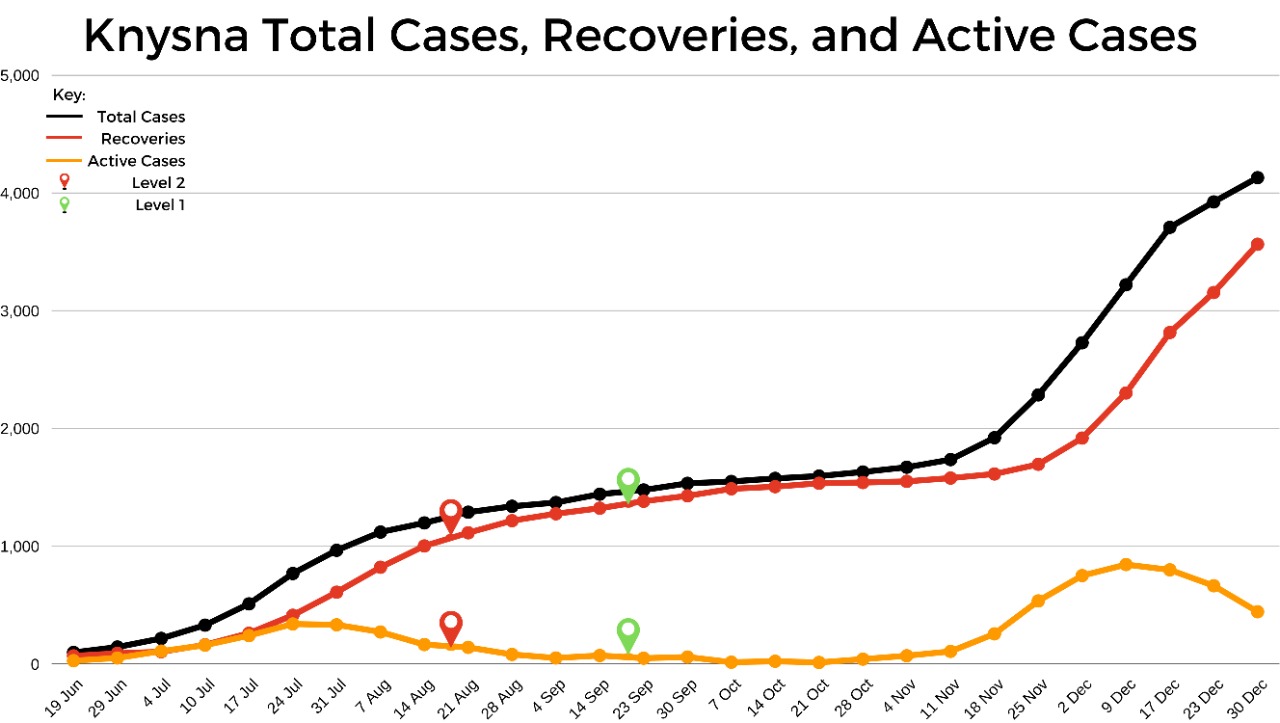 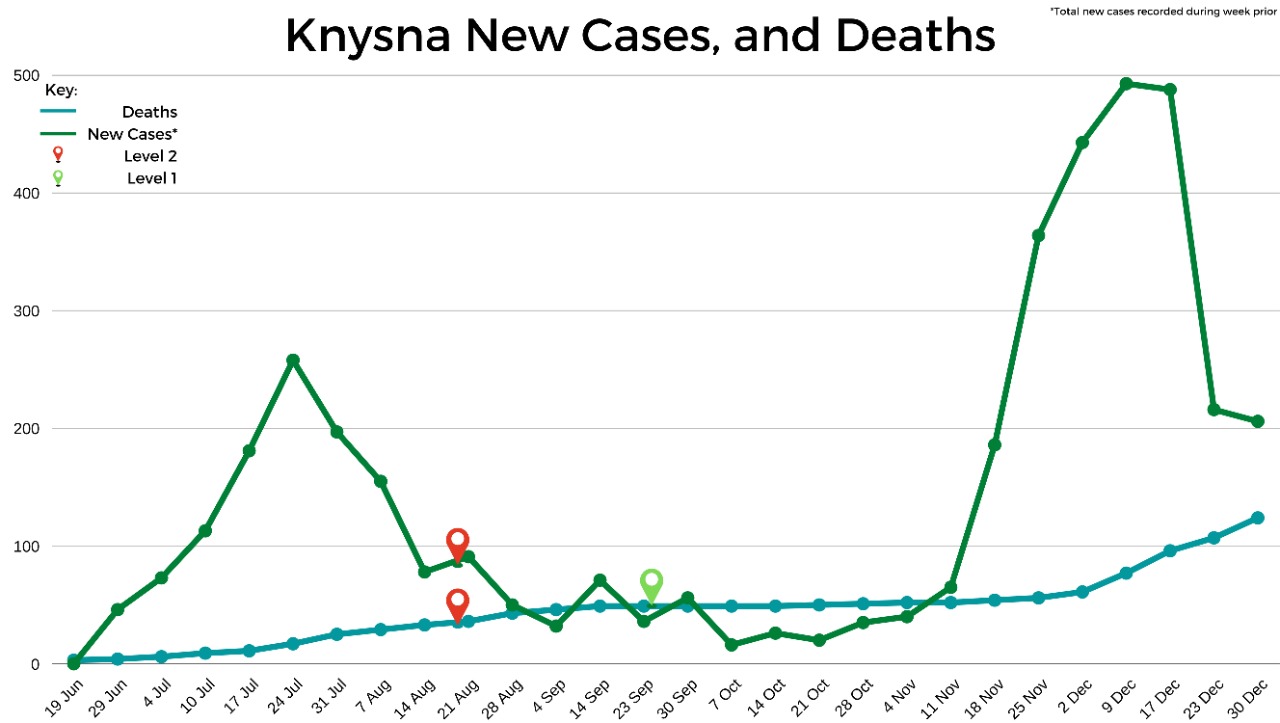 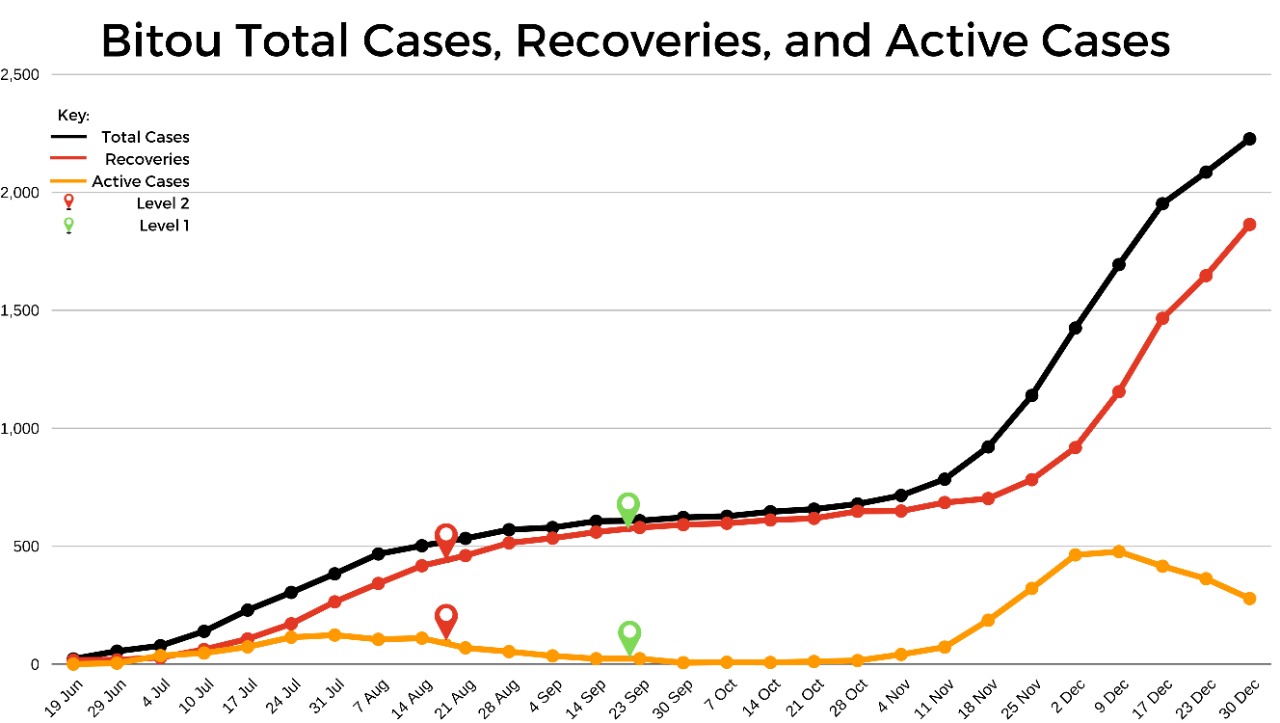 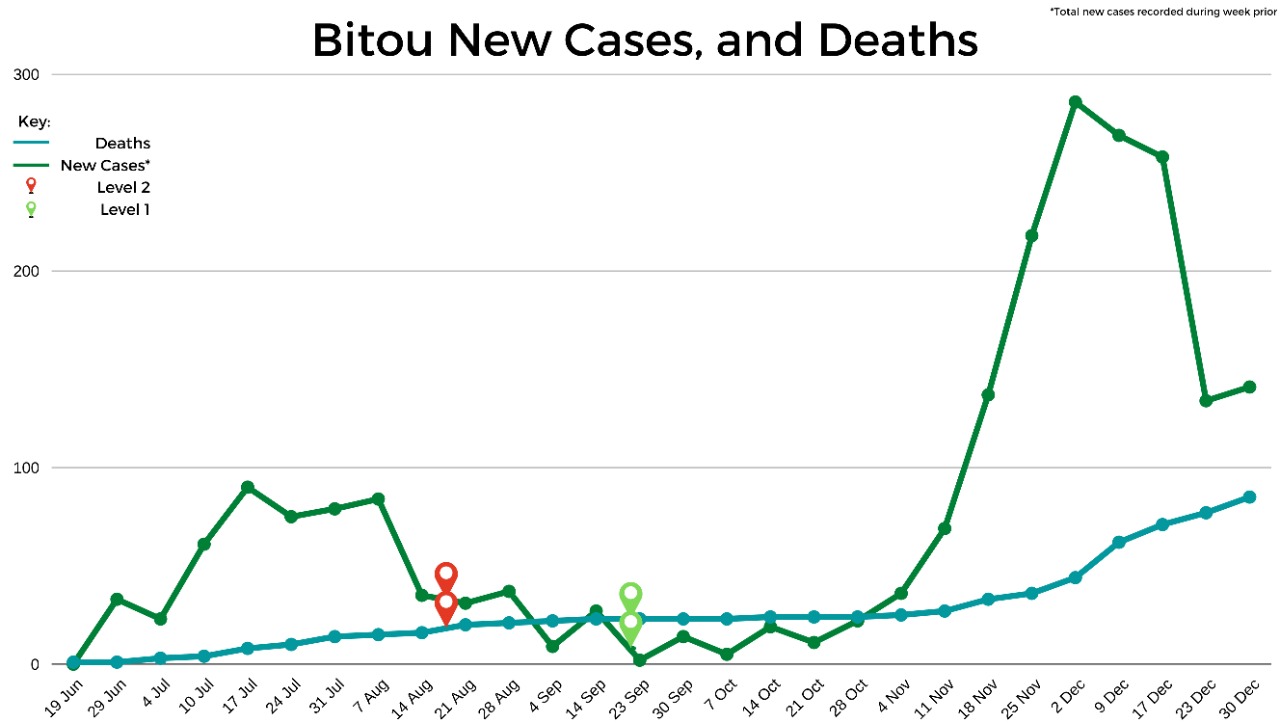