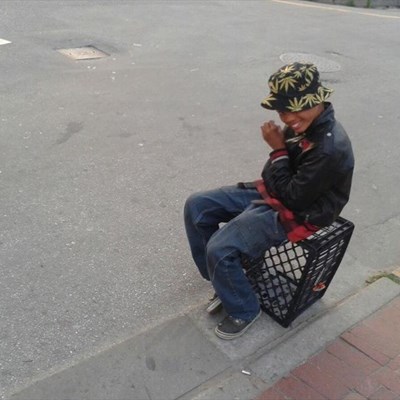 These children are seen at the taxi rank or in bakkies selling vegetables, instead of being in classrooms.

KNYSNA NEWS - Sinethemba youth development centre's long battle to get children off the streets remains a huge challenge to the organisation.

According to director Michael Smith, the number of children selling vegetables at the Knysna taxi rank and roaming the streets during school time has increased in the past year.

Smith, who is constantly fighting to keep children off the streets, expressed this concern during the organisation’s AGM on 11 October at the Old Gaol museum.

On the issue of child labour, Smith said, “This is a growing concern. I’ve had several meetings with the police, made contact with the Department of Labour and don’t have anything to show for it but a constant headache.”

He said not only are minors as young as nine to 10 years old seen at the rank but also in Hornlee at the back of trading bakkies, selling vegetables.

What most locals don’t understand, he said, is that when they give these minors food, money or clothes out of pity they are basically condoning their behaviour, which keeps them on the streets.

Smith said the organisation is focusing on early intervention, reaching out to these children before they drop out or end up on the streets, which includes their staff visiting schools.

“We deal with children from the age of 12, but what is alarming these days is seeing children as young as nine or 10 dropping out,” said Smith.

Operations manager Sonia Thomas said, “These children do not drop out by choice. Academically they do not cope and if this is not detected during the early stages then it easily leads to them being mischievous because they desire attention, and eventually they are either expelled or become dropouts.” The number of minors selling vegetables at the Knysna taxi rank during school hours has increased.

She said that part of their intervention programme is to work closely with schools and parents.

“The programme is going well and parents really need to be helped.

“The children’s performance improved, the communication between them and their parents and teachers has also improved, so really, early intervention is vital.”

Sarie le Chat, deputy director of the Labour Centre in Knysna, said they have reported the matter to their provincial chief inspector and the department is currently busy with the investigation.

*Virtually all South African cities and towns face the reality of children and youths begging on their streets.

Knysna is no exception. You will be approached almost daily by begging children. What will be (or should be) your reaction?

Sinethemba’s mission is the rehabilitation of children and youth at risk – particularly those roaming the streets. Its focus is on eventual self-sufficiency. It is in dire need of financial assistance, and urges residents to rather donate than give money to begging children.

The organisation, which was established in mid-2003, runs its youth development centre from what was the Catholic Church hall in Khayalethu South.

Their first task when they moved into the centre was to equip it with the necessary facilities (eg ablution block, kitchen, administration and so on).

This was done at considerable expense funded through loans from a Knysna resident. Likewise with the employment of suitably qualified salaried staff at market-related salaries.