Knysna residents and motorists are advised to avoid the area.

Red Ants members using signage as a shield on their way out of Hornlee.. Photos: Blake Linder

KNYSNA NEWS - Riots erupted in Hornlee this morning, Sunday 20 September, with residents driving police and Red Ants out of the area.

Reports suggest that the Red Ants were in the area to break down structures that had been erected by residents of Hornlee.

According to Southern Cape police spokesperson, Captain Malcolm Pojie, members of Knysna Police were dispatched to the scene to assist the Red Ants earlier this morning. He said Public Order Policing (POPs) from George was called in to further assist in dealing with the protesters.

The riots had begun lower down in Hornlee with residents throwing stones at the Red Ants and police, before they began driving law enforcement forces back. Law enforcement retaliated with rubber bullets in an attempt to control the growing crowd.

Red Ants members were eventually forced to use nearby signage as a shield from the rocks that protesters were throwing.

As the riots moved closer to the N2, the group grew larger, nearing a few hundred by the time protesters pushed law enforcement onto the N2.

The N2, from the Hornlee turn-off,  has subsequently been closed.

Knysna Municipality has been asked for comment, but feedback was not received at the time of writing. 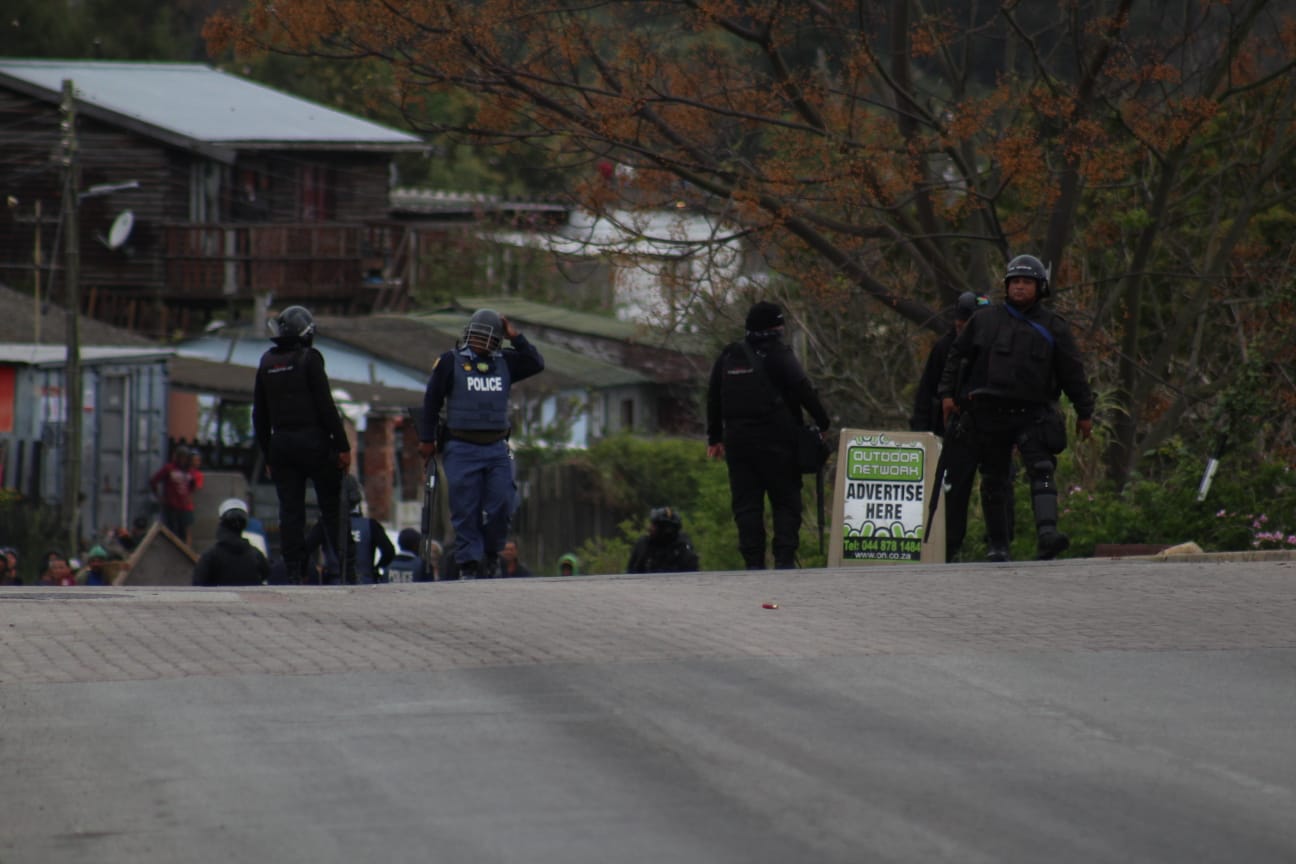 On the scene of the riots in Hornlee this morning. 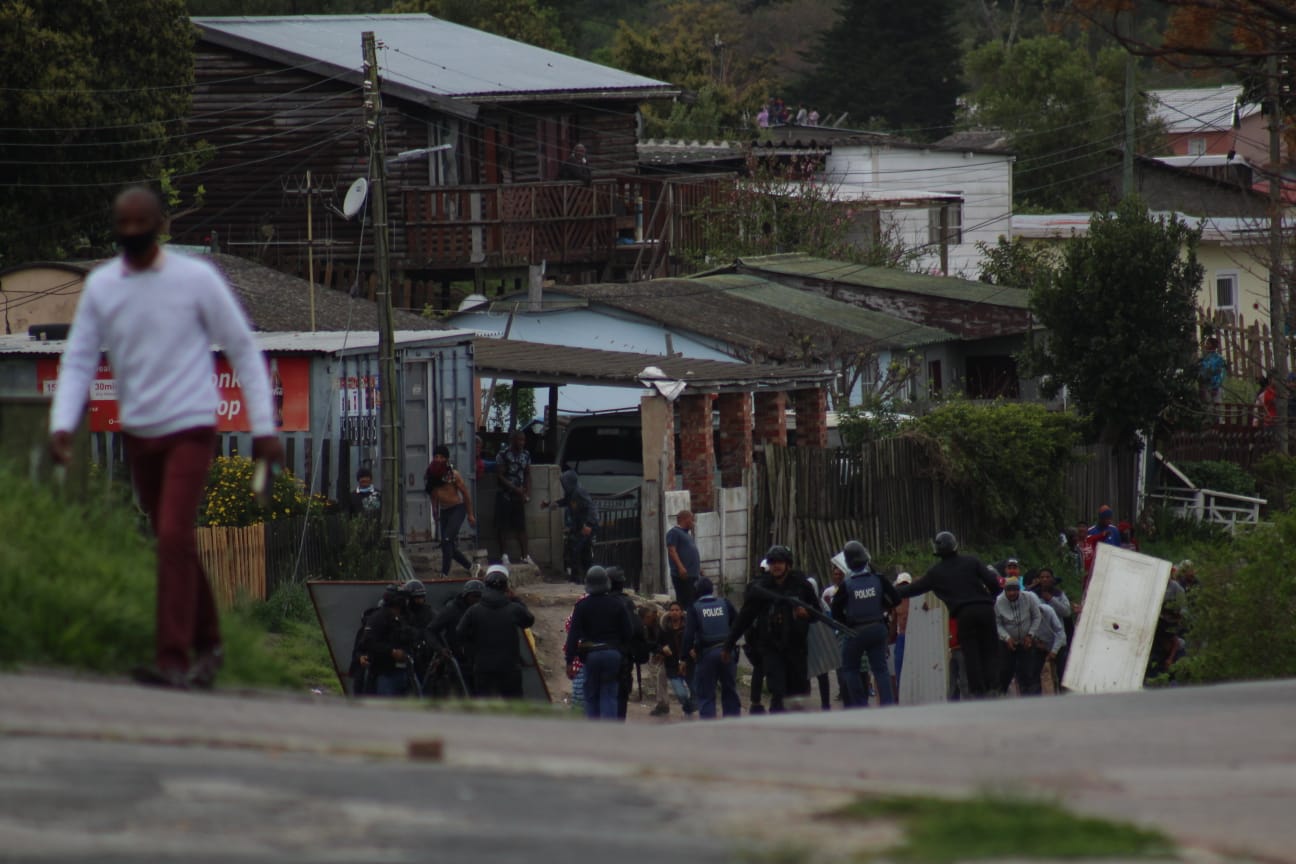 Reports suggest that the Red Ants were in the area to break down structures.