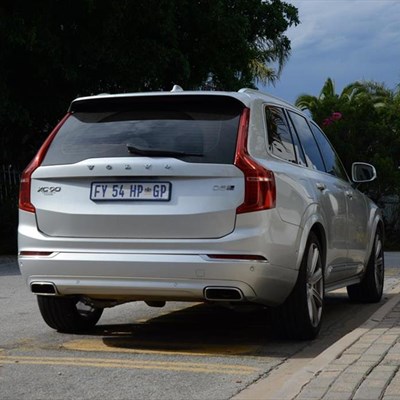 The luxury SUV that belongs to the Bitou mayor and costs almost R60 000 a month.

PLETTENBERG BAY NEWS - While there is a movement in several major municipalities throughout the country to tighten the belt when it comes to spending on luxury vehicles for mayors and other high-ranking officials, it has come to light that Bitou ratepayers are forking out just short of R60 000 a month for a luxury SUV for its mayor.

Bitou is reportedly the second smallest local municipality in terms of area – just over 900sq km – in the Western Cape, and with its less than 60 000 residents, falls in the top 10 smallest municipalities in the province in terms of population.

According to documents in the possession of Knysna-Plett Herald, the municipality is spending R58 140 a month for the rental of a silver Volvo SUV for mayor Peter Lobese.

The Knysna-Plett Herald has also reliably learnt that this is about six times more than what was spent on the previous mayor’s Ford Kuga.

A list of questions pertaining to this expense and the motivation behind it was sent to the mayor’s spokesperson Dumisani Mweba, but he failed to respond before going to print.

“I have forwarded such [questions] to municipal manager Thabo Ndlovu to satisfy himself with the responses. I will only make a statement after my office has been advised,” Mweba said.

In the meantime, Knysna's municipal manager Kam Chetty said the mayoral vehicle was a 14-year-old C Class Mercedes-Benz, but that it had now been decommissioned due to age and mechanical problems.

He added that a tender would be put out for an “affordable vehicle” to replace it. The luxury SUV that belongs to the Bitou mayor.

Knysna only paying R13 000
“Currently the Knysna municipality pays R13 000 per month, which includes the service, maintenance and lease of a Rav 4,” Chetty said, adding that he and the mayor felt this amount could be reduced.

"Council has recently resolved for the mayoral vehicle to be leased through a tender process, at the cost of R6 000 per month. This tender process is still in progress."

In George, municipal spokesperson Chantal Edwards-Klose said that the 2017/18 budgeted amount for vehicles for the office of the mayor was R281 700 for the year, which comes to about R23 500 a month.

This is, however, for two vehicles – a 2001 Mercedes Benz E240 and a 2016 Toyota Fortuner 4x4 Diesel – and includes all fuel and maintenance costs.

In other neighbouring towns it is a similar scenario. Nelson Mandela Bay mayor Athol Trollip has also within the last year banned the purchase of luxury vehicles.

After he took office there was a proposal to procure an Audi Q5 for the deputy mayor‚ as the existing vehicle was no longer serviceable.

Trollip, however, decided that a VW Tiguan would be more suitable.

In Nelson Mandela Bay the mayoral vehicle is fully sponsored by Volkswagen.

Municipal manager Theo van Vuuren proposed to council that he take money for the vehicle from budget rollovers from the previous financial.

The community of the suburb of Tasbet Park staged a protest march against this planned purchase because they did not have water.


I'm a 25 year old woman looking to meet men and women between the ages of 22 and 30.
View Profile