KNYSNA NEWS - Royalty or not, founder of Knysna or just another colonialist, the resting place of George Rex is a cause of grave concern for locals who care about the history of the town, due to overgrown vegetation and squatters vandalising and defecating around the gravesite.

Widespread speculation surrounding George Rex's lineage has led to many a theory about the Englishman, with some believing he is an illegitimate son of King George III, while others have refuted such claims, saying he is the son of John Rex, a prosperous distiller in Whitechapel, Middlesex in Great Britain.

Born in August 1765 in London, England, Rex moved to the Cape of Good Hope where he was appointed marshal and sergeant-at-mace of the then newly created Vice-Admiralty Court in 1797.

He wouldn't spend too long in the Cape though, as in the first half of 1804 (after spending a year in Stellenbosch) Rex received permission to settle in what would become Knysna, at a farm named Melkhout Kraal where he had already established an agricultural project. 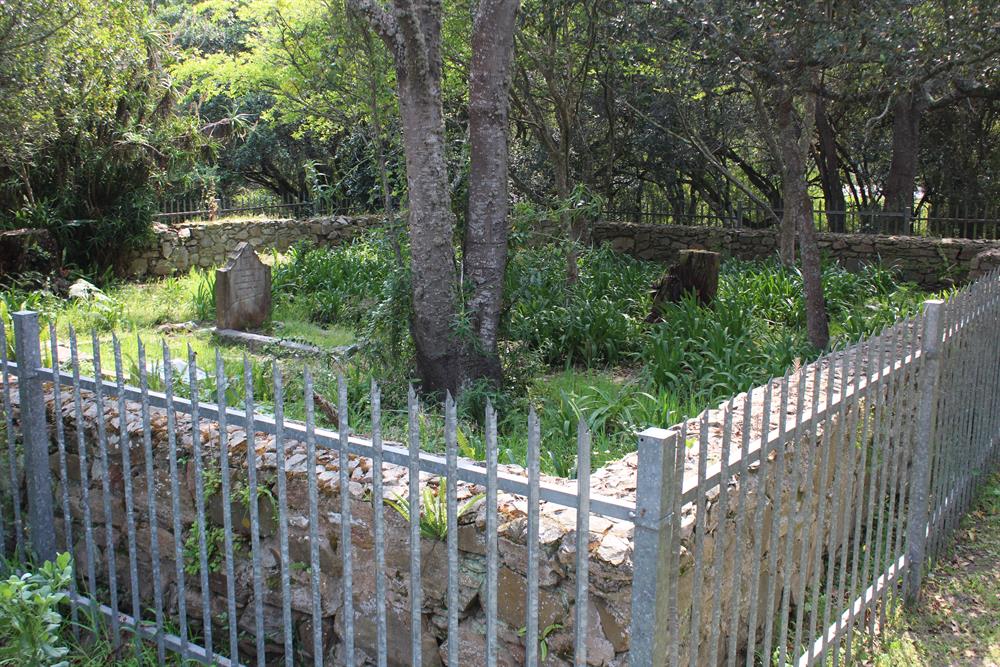 The state of the site of George Rex's grave.

Rex would eventually come to own 10 960 morgen (about 9 390 hectares) of land around the estuary which, along with taking the initiative to open the water body for commercial seafarers in 1817, led to him being labelled as the founding father of modern-day Knysna. 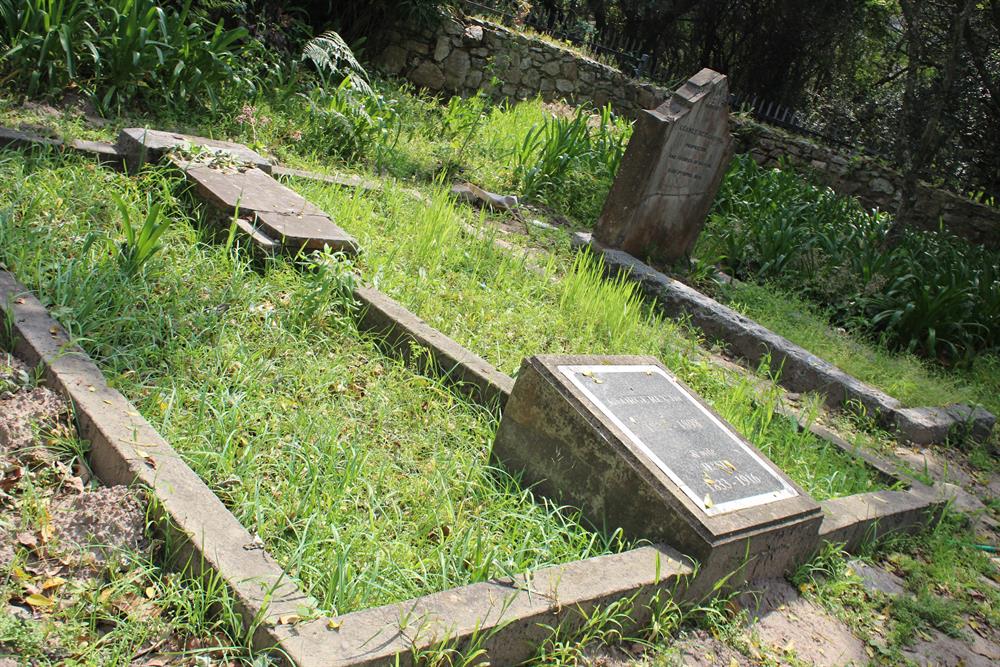 Rex's gravesite
While the majority of Rex's life is shrouded in mystery, what cannot be disputed is the derelict state of his resting place in the upper Industrial Area. Rex's gravesite was only marked 53 years after his death, when one of his sons placed an inscribed stone at the grave in 1892. Some of the litter scattered around the area that surounds the grave.

The state of the site
When one arrives at the site after negotiating a short stretch of gravel road (which is also not in great condition), the first sight that greets you is one of overgrowth and hanging trees, while the first smell that wafts into your nose is one of human excrement.

The closer you get, the more dire it becomes. The fence erected around the burial site has been vandalised, along with the stone boundary wall that is covered with creepers and vines. This then leads the eyes to the litter that poisons the plants in the garden around his grave.

When one finally makes it to his actual grave, the grass on both his grave and that of his son (George Rex Jr) and daughter-in-law (Jessie Rex) is long enough to tickle your calves. Walk around a bit, and you'll be unhappy to find a spot behind the gravesite where vagrants reside and go about their business as they please. The entrance to the gravesite, where the wall has been vandalised.

Municipal response
According to municipal spokesperson Christopher Bezuidenhout, "the Community Services Directorate is working on a comprehensive plan to address matters pertaining to vagrants and homeless people".

He also stated that the maintenance of the site will be attended to shortly, and that "the vegetation in the surrounding river stream is natural and need not be removed unless it is alien or invasive". The path leading up to the graves is also overgrown.

We want to hear from you
All in all, if a tourist were to visit the resting place of the man who is generally credited with the founding of the town, they would not find a pleasant site. As residents of Knysna, we would like to hear your opinion on this matter via email to blake@groupeditors.co.za, or kpheditor@groupeditors.co.za.