Carmaker Tesla on Monday announced a $1.5 billion investment in the digital money and plans to accept the cryptocurrency from customers buying its electric vehicles.

File picture. Tesla and SpaceX CEO Elon Musk (R) gives a statement at the construction site of the Tesla Giga Factory in Gruenheide near Berlin, Germany, 03 September 2020. According to reports on 07 January 2021, Tesla and SpaceX CEO Elon Musk became the world richest person with a net worth of more than 185 billion US dollars, surpassing Jeff Bezos, CEO of Amazon, who is currently worth 184 billion US dollars. EPA-EFE/ALEXANDER BECHER

BUSINESSS NEWS - Bitcoin neared $50,000 for the first time on Tuesday, while the dollar declined and stock markets posted mixed results in reaction to an anticipated US fiscal stimulus and Covid vaccine developments.

Bitcoin briefly pushed to a record-high of $48,215.82 after winning a huge boost Monday from news that Elon Musk’s Tesla had invested $1.5 billion in the cryptocurrency.

Stocks are benefitting from expectations of a strong economic rebound once vaccination programmes make more headway, but the optimism is being curtailed by delays to a potentially huge US stimulus plan.

Tesla’s $1.5 bn investment
Carmaker Tesla on Monday announced a $1.5 billion investment in the digital money and plans to accept the cryptocurrency from customers buying its electric vehicles.

The announcement comes on the heels of a cheeky social media embrace of bitcoin by iconoclastic Tesla CEO Elon Musk, and marks the latest step in the mainstreaming of the cryptocurrency

Bitcoin’s value has risen by about 50 percent this year, but skeptics say it is still highly volatile and regulators warn it is vulnerable to illicit use.

He also has taken to social media in recent days to promote dogecoin, another digital money that was originally launched as a joke but has suddenly become more valuable.

In a securities filing, Tesla described the bitcoin purchase as an effort to boost company liquidity.

“In January 2021, we updated our investment policy to provide us with more flexibility to further diversify and maximize returns on our cash,” Tesla said in announcing the $1.5 billion bitcoin purchase.

As a result “we may invest a portion of such cash in certain alternative reserve assets including digital assets, gold bullion, gold exchange-traded funds and other assets as specified in the future.”

Tesla will also “begin accepting bitcoin as a form of payment for our products in the near future,” the company added.

Tesla’s move further institutionalises bitcoin as an accepted means of value in American and global business.

In October, Paypal announced it would permit consumers to conduct transactions in cryptocurrency, while payments company Square said it would invest $50 million in bitcoin.

Just last month, asset management giant BlackRock announced that two of its funds could include investments in bitcoin

Tesla too acknowledged in the SEC filing that digital assets “may continue to be highly volatile” and vulnerable to “malicious” technology-based attacks.

Increased legitimacy
Just 12 years old, bitcoin has seen a meteoric rise since March 2020, when it stood at $5,000.

“This is probably one of the biggest developments for the cryptocurrency industry,” noted Fawad Razaqzada, analyst at ThinkMarkets said of Tesla’s move.

“Tesla is going to be a major player in the auto industry and if it starts accepting bitcoin as a form of payment, it will give the digital currency further legitimacy.”

But said Musk’s stance on bitcoin raises “a real question about possible market manipulation” depending on the timing of Tesla’s bitcoin purchases with his statements online.

“This may not worry a lot of investors, but some conservative types might be concerned,” Wilson said. “Tesla’s move is the kind of big corporate support that bulls are latching onto: more corporate support = more mainstreaming.” 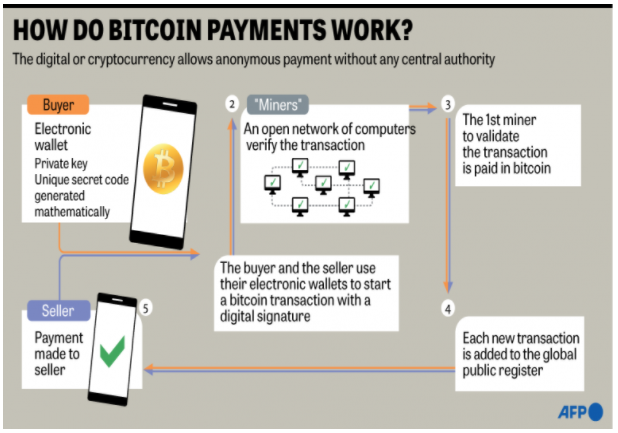