French farmer Remi Seingier, 33, is converting 38 hectares of his land to organic crops.

AGRICULTURAL NEWS - Like every spring, Guillaume Lefort sits at his computer labelling all his farm's fields on a map, an annual ritual of registering for subsidies from Europe's Common Agricultural Policy.

"Wheat is here, that's cilantro, and next to it the field is fallow," Lefort says. "Without the CAP money, we wouldn't manage. It wouldn't be possible."

Like other French farmers, he will be watching the outcome of the EU Parliament elections next month, which will lead to a new slate of European Commission officials.

One of the Commission's first tasks will be to help draft a new 2021-2027 budget along with member states which will affect the CAP money that is a cornerstone of EU spending and a lifeline for millions of farmers across the bloc.

It represents the biggest line in the EU's budget, representing 37 percent of the total in 2017, and is either defended as a vital way of protecting rural livelihoods, or a over-generous and misdirected stream of money.

Already Brussels has proposed trimming the CAP by five percent from the previous six-year period, to 365 billion euros ($413 billion) - to cover Britain's looming exit from the bloc

And new priorities for European leaders have emerged in areas such as security, border reinforcements and new technology, raising the spectre of an even bigger cut.

Even French President Emmanuel Macron has signalled he is ready to consider a reform of the CAP - breaking from a tradition that has seen France as the biggest defender of the budget because of the country's powerful farming lobbies.

'First line of insurance'
The core of the CAP's support to some seven million farms across Europe is the Basic Payment Scheme (BPS), direct transfers which the EU says amount to an average of 266 euros per eligible hectare per year.

The basic payments open the door to other aid, including payments to young farmers or for environmentally friendly practices.

Lefort said he hopes the base level will remain "solid".

"It's my first line of insurance... But the BPS has been falling."

The threat of escalating trade tensions worldwide adds to the risks for farms, whose products are often the first targets for countries looking to impose tariffs.

Whether its meat, milk, cereals or even hemp, grown with conventional methods or organic practices, "in agriculture, no farm in the world can survive without government help," Lefort said.

But Lefort, who began farming his 250 hectares (620 acres) some 75 kilometres south of Paris nine years ago, also worries the CAP won't impose enough "common" rules, in particular on environmental norms. 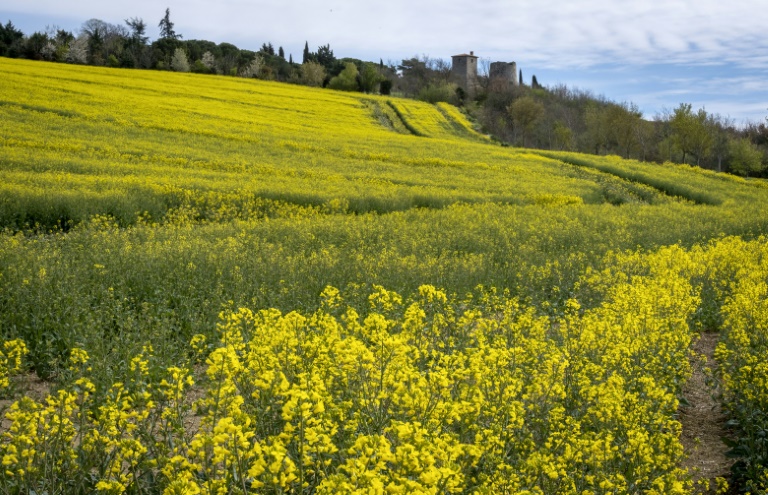 Agriculture is a cornerstone of EU spending and a lifeline for millions of farmers across the bloc.

"This year we won't be able to use neonicotinoids on beets," he said, after France moved last year to ban five pesticides containing the compounds, which are suspected of decimating bee populations.

"The Belgians have gotten an exemption, so they'll produce more beets than us, and cheaper," he said.

Many farmers are also hoping the CAP can start playing a bigger role in Europe's transition to a cleaner environment and improved food quality and safety.

Critics say the programme has encouraged intensive farming and the use of massive amounts of pesticides since its creation in 1962, leading to a loss of biodiversity.

Remi Seingier, a 33-year-old farmer not far from Lefort's operation, is converting 38 hectares of his land to organic crops.

Since beginning to take over the farm from his father four years ago, he has also started re-planting trees and hedges in his fields to help replenish soil nutrients after years of pesticide use.

He also relies on CAP funding, though he has yet to receive the funds he applied for to help finance his shift to organics.

"I'm not exploiting nature. I'm focused on quality and transformation, with short supply chains and local distribution, even if it means lower yields," Seingier said.

He said he would like more visibility on the CAP's practices to better understand "the true priorities" of Europe's agricultural policies.

That's also being sought by the French coalition "For a Different CAP," made up of left-leaning farmers' groups as well as environmental and animal welfare NGOs.

The coalition wants to ensure more of the funds go to smaller independent farms, which could limit the emptying out of European countrysides while also helping to fight climate change.