Buzz Lightyear (pictured), Woody, Bo Peep and the gang will be back for Pixar's "Toy Story 4," which hits movie theaters in North America on June 21, 2019.

ENTERTAINMENT NEWS - Creating toys out of everyday objects is a staple of any imaginative child's playtime: a cardboard box becomes a car; a piece of wood transforms into a sword; and a plastic fork... becomes Forky.

And so a discarded piece of cutlery is set to become the latest addition to Bonnie's toy chest - along with Woody (Tom Hanks), Buzz Lightyear (Tim Allen) and the rest of the adorable animated gang - when "Toy Story 4" hits movie theaters worldwide this month.

The much-anticipated sequel also features the return of the plucky Bo Peep (Annie Potts) as a leading character, and the arrival of 70s action figure Duke Caboom (Keanu Reeves).

Many, including Pixar's own animators, were convinced that the saga would end as a trilogy after its third installment in 2010.

But the question "What's next for Woody?" kept coming up, director Josh Cooley told AFP during a visit to the studios in Emeryville, just outside San Francisco.

"Toy Story 3" ended with Woody being passed by Andy - his former boy owner, now all grown up - to Bonnie.

Woody finds himself "in a different room with a different girl, different toys ... something he's never lived through, and we felt we had the beginning of another story," Cooley said.

Pixar says this will be the last movie in the highly successful saga, which began in 1995 as its first feature film, back when it was an unknown studio that not everyone was ready to take a chance on. 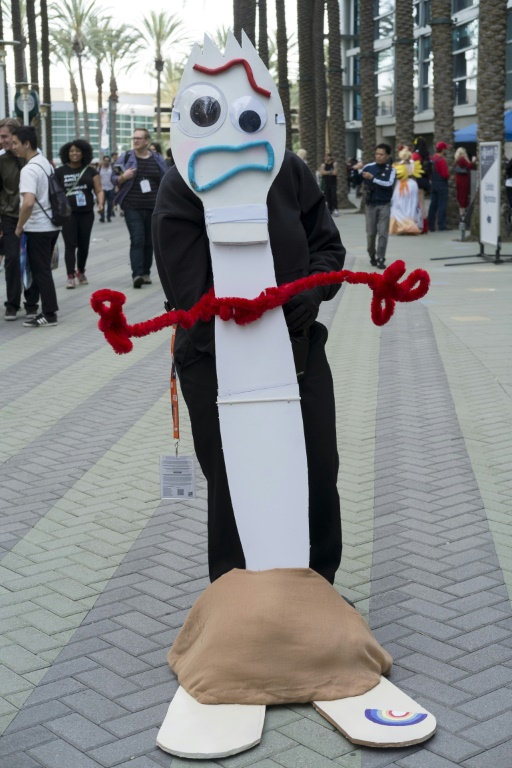 The newest member of the "Toy Story" gang in the 4th film is Forky -- here, a fan portrays the plastic fork at WonderCon 2019 at Anaheim Convention Center on 29 March 2019.Since then, Pixar has won nine Oscars for best animated feature and has become a subsidiary of Disney.

Despite the fact that the franchise is about toys, manufacturers like Mattel and Hasbro passed on the chance to have products such as Barbie and GI Joe featured in the cast of the original.

Each sequel has been loved by critics and audiences alike, and the fourth - which opens on June 21 in North America - appears to be no exception. Sky-high box office totals are already being predicted.

"I felt a great pressure, I could not sleep. But at the same time it was an honor because I love these characters very much," he added.

It is the same pressure Bret Parker felt every time she worked on the animation for Woody or Buzz.

"Everyone knows their personalities, how they move," she said. 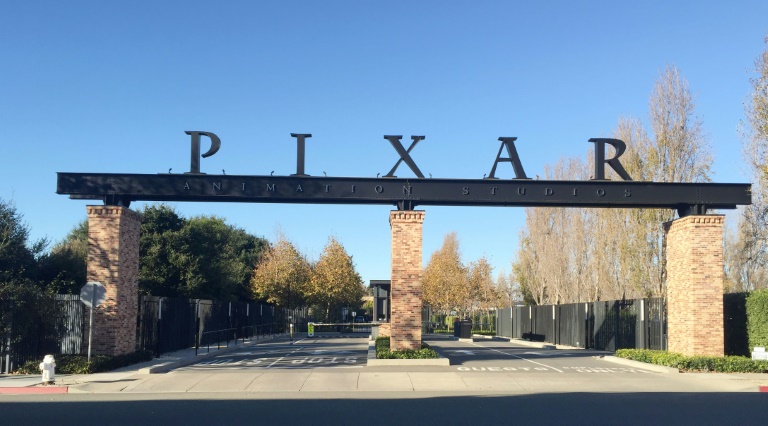 The original "Toy Story" was Pixar's first feature film; the studio has gone on to win multiple Oscars and other awards.

The original creator of these characters, John Lasseter, will not be in a position to say farewell.

Lasseter - known for transforming Pixar from a small Lucasfilm graphics department into the world's most successful animation studio - resigned from Disney last year after several allegations of sexual misconduct were made against him.

Producer Jonas Rivera said that the "DNA and love of the toy and characters" created by Lasseter remain, but that the saga has evolved.

"We've taken over, the second and third generation of Pixar filmmakers - we've made it a little our own," Rivera said.

Just over a year after the departure of Lasseter - who now heads Skydance Media's new animation unit - "Toy Story 4" hits screens with Bo Peep in a leading role.

The porcelain figurine, who once adorned a lamp, is childless - something which in Woody's eyes is a tragedy. But she doesn't care.

Discarded by her last owner after becoming chipped, Bo has gracefully seized her newfound freedom, driving a battery-powered car and wielding her shepherdess cane with skill - the sort of empowered, independent woman audiences increasingly want to see on the silver screen. 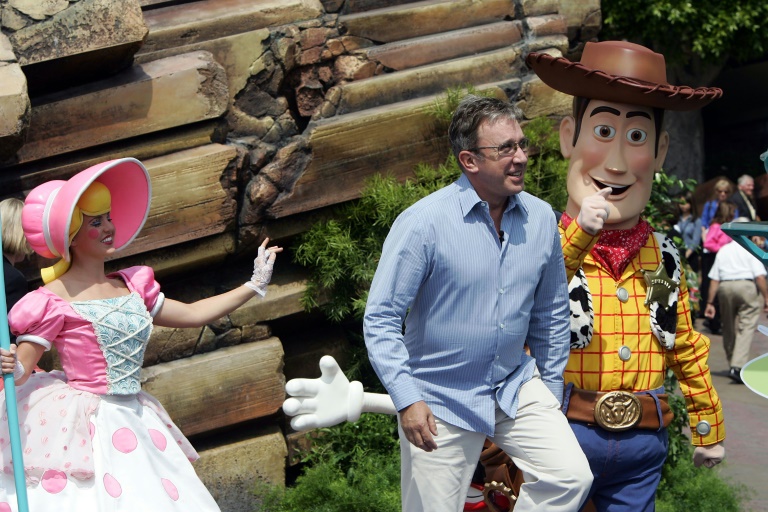 Actor Tim Allen (C) -- the voice of Buzz Lightyear -- is seen with characters Bo Peep and Woody at Disneyland in May 2005.Becki Tower, who worked on Bo's animation, said she was "excited" by a character who represents a "strong, innovative, daring" woman.

But she clarified that Bo, who appeared in the first two films, did not return with her new attitude simply in response to the pressures of movements like Time's Up, which demand full gender equality.

The film was already in development long before that movement began, Tower said.

"We're in an era where it's a hot topic, but that's not why we did it. We wanted to tell a great story," she said.