The Yondr system is being used to lock up mobile phones at a number of art venues, including at the Brooklyn Museum, seen here

ENTERTAINMENT NEWS - When Adam Weiss arrived at a New York theater to see a Broadway show, he was dismayed to learn he would have to lock up his cell phone.

The team behind "Freestyle Love Supreme," an improvisation comedy show co-created by Lin-Manuel Miranda of "Hamilton" musical fame, requires audience members to keep their mobiles in a locked pouch during the performance.

"It's a bit like being without a part of myself," the 39-year-old Weiss said.

But once the show began, worries over what he might miss online faded.

"I actually didn't think about it, once it was gone," he told AFP.

Weiss's experience is part of a growing trend at concerts, theatrical performances and even art exhibitions - attendees need to not only stow their cell phones, but make them unusable.

Pop icon Madonna and comedian Dave Chappelle are among the performers who have latched onto the commonly used Yondr system.

Here's how it works: upon arrival at a theater or auditorium, personnel will place an audience member's silenced phone into a pouch that is then locked with magnetic closures.

The only way to open the bag is to visit an unlocking device in specified phone use areas.

The goal is to reduce the unwelcome distractions for both performers and spectators of cell phone use, get audiences to be more engaged, and protect sets and content from leaking online.

For actor Andrew Bancroft, a "Freestyle Love Supreme" performer, the lack of cell phone flashes has led to a more attentive audience and ultimately a better show overall.

"There's this feeling nowadays - is there something better that I'm missing?" he said of society's smartphone addiction. 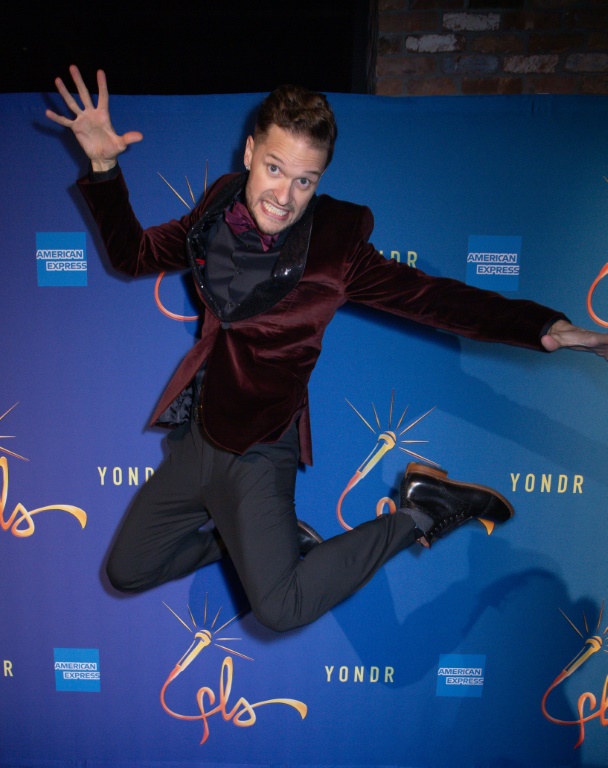 Actor Andrew Bancroft, shown here in October 2019 at a party for his Broadway show "Freestyle Love Supreme," says forcing attendees to lock up their phones has been positive.

"You're neither here nor there - you don't fully get to be in one place."

Considering the ephemeral nature of improv performances - which can involve audience participation and a tendency to get vulnerable or profane - the elimination of phone recordings allows actors to get real and audiences to tune in, he said.

"We want to have complete freedom because that's what makes it dangerous and exciting," the 41-year-old actor said.

"It protects us in a way that allows us to really go there and surprise people," Bancroft said.

"But I think that's secondary to, why don't you sit with who you came with, and really have your eyes, ears and hearts open to this present moment."

'Too many sensory inputs' 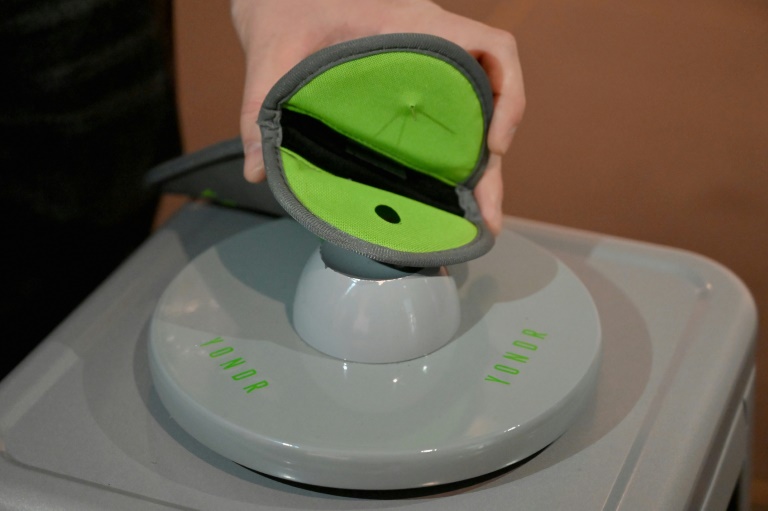 People who attend events requiring them to stash their phones in a locked Yondr pounch can generally open the magnetic closure at special phone-use areas if necessary.

When he began pitching his idea in San Francisco, Yondr founder Graham Dugoni initially met with resistance for his plan.

But he remained adamant that such a start-up, which he founded in 2014, was necessary to "help people move into the digital age in a way that doesn't erode all meaning in people's lives."

"People need to have some reasonable expectation of privacy, even in the public sphere," he told AFP.

"It's very important that the artist has a safe space to perform in, that fans can enjoy getting swept up in something."

On a more philosophical level, Dugoni said "there's a base feeling that the easier everything gets in life, the meaning is getting hollowed out."

Today, the 33-year-old CEO himself has renounced life with a smartphone and communicates via an old-school flip phone, saying he simply "had too many sensory inputs."

The New York Philharmonic is testing the Yondr system, and a listening installation at the Brooklyn Museum also requires phones to be locked.

Besides performances, Dugoni said Yondr has caught on at schools to help students focus and even at weddings, where couples ban mobiles to encourage guests "to just be there and not be whipping out their phone every two seconds."

"What we hear mostly is that it makes a difference in the energy of the room," he said.

Meredith Weiss, who attended the "Freestyle Love Supreme" show with her husband Adam, told AFP that being forced to stash her phone was a welcome respite. 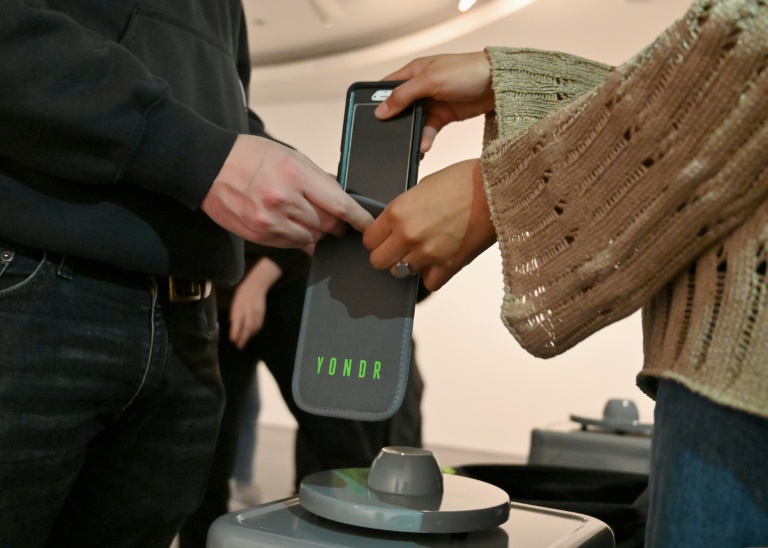 Madonna and comedian Dave Chappelle are among the artists who have adopted the Yondr system for their performances.

The 39-year-old's only concern was that the babysitter might call.

"I didn't have time to give my sitter a heads up that we weren't going to have our phones," she said.

Bancroft said he's sold on the concept, whether he is a performer or a spectator.

"Every now and then, people will say they missed having their phones - for us, that is kind of funny, but also signals that we have a real addiction in our society," he said.

Bancroft laughed at the feeling many people seem to have "to prove I was here; to snap a picture of Miranda and show that I'm worth a little more than I am."

"So why did I waste even 15 seconds of this beautiful moment to get a video I'll never look at?"