Not everyone responds to beautiful music in the same way

If you get goosebumps when listening to exquisite music, you may have a uniquely wired brain.

ENTERTAINMENT NEWS - Some people experience frisson (French for shiver), combined with piloerection (goosebumps), when they hear beautiful music. Frisson is an overwhelming emotional response to something.

According to a new study, people who respond in this manner when listening to beautiful music are biologically different from those who do not.

The study was led by Matthew Sachs, a graduate student studying the effect of music on the brain at the University of Southern California. For the research, 20 students, 10 of whom reported feeling chills while listening to their favourite songs and 10 who did not, took part.

The team of researchers took brain scans of both groups. The students who reported experiencing frisson were found to have a significantly higher number of neural connections between their auditory cortex, emotional processing centres and prefrontal cortex. The prefrontal cortex is involved in higher-order cognition, such as interpreting a song’s meaning.

The study was small and the phenomenon is difficult to research. It is for instance not unusual for people to get chills from songs that have powerful memories linked to them.

To prove more conclusively that people who connect deeply with music are slightly different from a biological perspective, Sachs is conducting follow-up research that involves examining the patterns of activity in people’s brains as they listen to music that induces goosebumps. He hopes to understand more about what’s happening neurologically. 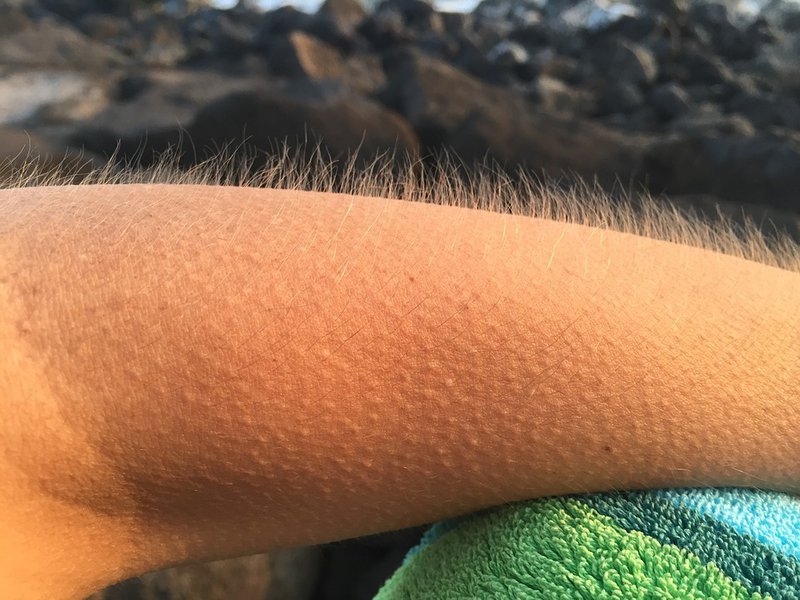 According to a new study, people who respond in this manner when listening to beautiful music are biologically different from those who do not.