"The Head of a Woman" loaned by the Galerie Nationale of Parma, Italy, is among the 162 works on display

ENTERTAINMENT NEWS - Leonardo da Vinci is the star in a blockbuster retrospective opening Thursday 24 October, at the Louvre museum in Paris to mark 500 years since the death of the Renaissance master.

Some 240,000 people have already reserved their place in line for the exhibition, the biggest ever organised to showcase the Tuscan polymath's indelible contributions to humanity - with an emphasis on his painting.

A decade in the planning, the show simply titled "Leonardo da Vinci" groups 162 works, including 24 drawings loaned by Queen Elizabeth II of Britain from the Royal Collection.

The British Museum, the Hermitage of Saint Petersburg and the Vatican have also contributed, as well as, of course, Italy - after a sometimes acrimonious tug-of-war between Rome and Paris over the loans. 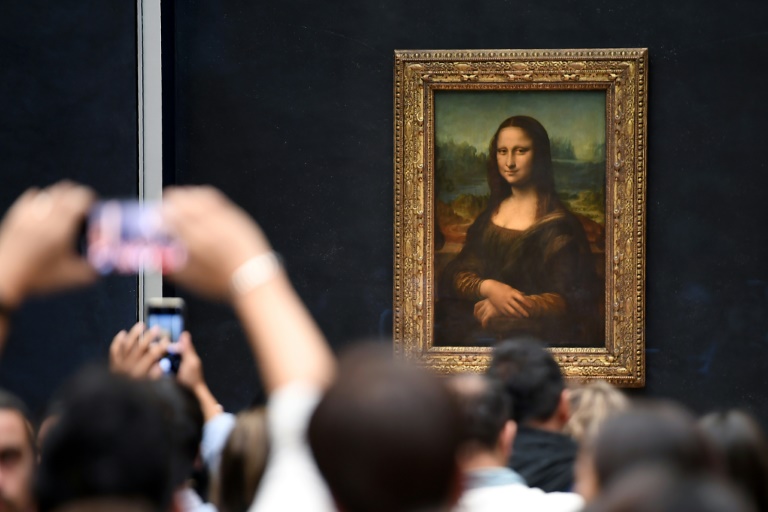 Organisers decided the Mona Lisa should remain in the Salle des Etats -its normal home - to help avoid overcrowding.

The exhibition in the Hall Napoleon, which runs until February 24, features 10 of the fewer than 20 paintings definitively attributed to the Renaissance master, as well as drawings, manuscripts, sculptures and other objets d'art.

The show walks the visitor through the timeline of the master's peripatetic career under the tutelage of dukes, princes and kings, from Florence to Milan, Venice and Rome, and finally France, where he spent the last three years of his life.

He died in the historic town of Amboise in the Loire Valley on May 2, 1519.

Two standout works are missing from the show, starting with the Mona Lisa.

Organisers decided the world's most famous painting should remain in the Louvre's Salle des Etats - its normal home - to help avoid overcrowding.

As it is, the masterpiece attracts nearly 30,000 people a day.

The Mona Lisa's ineffable smile will however beguile visitors in a virtual reality experience at the end of the show. 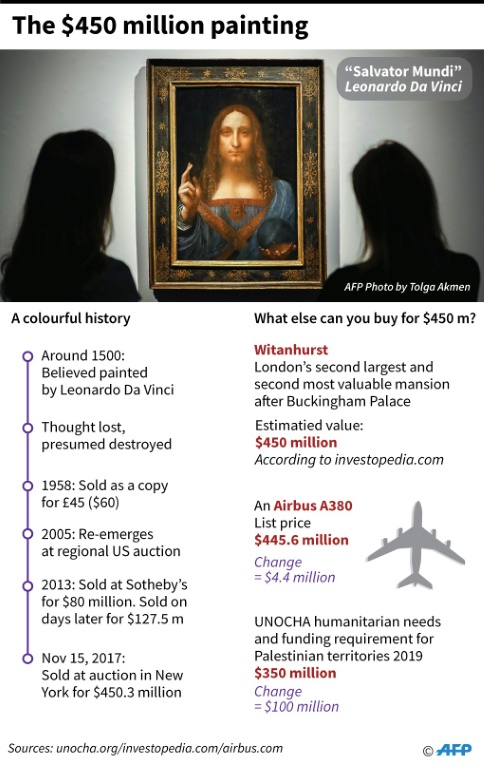 The other notable no-show is the Salvator Mundi, the work that became the most expensive painting ever sold when it fetched $450 million (400 million euros) at a Christie’s auction in 2017.

Mystery now surrounds the painting - whose authenticity is disputed by some experts - as it has not been seen in public ever since the record-shattering sale.

The Louvre has said the museum's request to borrow the work is still pending, but a last-minute appearance would be a stunning surprise.

The final act in the row between Paris and Rome over Italy's contributions to the show came with a legal effort to halt the loan of the iconic Vitruvian Man drawing. 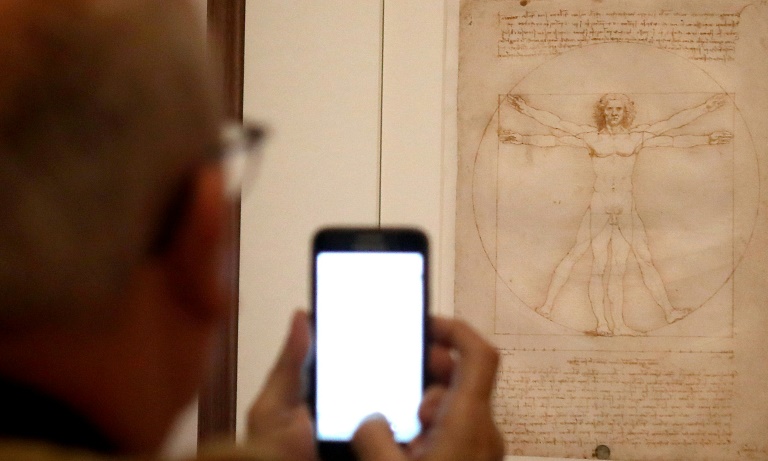 The Vitruvian Man - reportedly insured for at least one billion euros - joined the Louvre show with just days to spare.

The Vitruvian Man - which Italian media say is insured for at least one billion euros - joined the Louvre show with just days to spare before the opening. It will stay only eight weeks rather than the full four months.

The exhibition curated by the Louvre's Vincent Delieuvin and Louis Frank, the heads of the museum's painting and graphic arts departments, includes infrared reflectographs that offer an insight into the master painter's techniques.