'Fiela se Kind' to release in theatres this week

KNYSNA NEWS - Little more than a month before it appears at the Knysna Film Festival, the latest and locally filmed Fiela se Kind silver screen adaptation will be releasing in select cinemas nationwide this week.

The eponymous novel, written by renowned SA author Dalene Matthee, was originally published in 1985 and is set in Southern Africa in the 1880s.

It was first adapted to the silver screen three years later by SA director Katinka Heyns, instantly becoming a blockbuster hit in the country.

Heyns' spin on the novel wouldn't be the end of the road for Fiela and Benjamin Komoetie however, as 31 years later, SA author and filmmaker Brett Michael Innes has taken the reigns at the helm of the latest adaptation of Matthee's novel. Michael Innes was born and raised in Johannesburg, and his major directorial breakthrough came in the form of Sink, a movie which saw him win Golden Horn awards at the 2017 SA Film and Television Awards.

Michael Innes and his film crew set out to recreate Fiela and Benjamin Komoetie with their own spin on the tale, and would spend five weeks filming in the arid Karoo just outside Uniondale, the forests around Knysna and Plett, and scenes in Worcester.

Filming in the forests came as a bit of a challenge to him and the crew, Michael Innes admits: "The forest was spectacular but also incredibly trying. Between rain, mud, trees and wind, we found ourselves really pushed on a physical level."

He believes the new adaptation of the book is different to the 1988 one in many aspects. "Our version of Fiela is a different film, from the visuals to the performance to the score to the writing," he says. "I'd say that the 2019 version gives more attention to the Komoetie family and presents a Fiela who is softer and more aware of her social standing."

Michael Innes' adaptation will be hitting the silver screen in select cinemas around the country this Friday 13 September, and will also make an appearance at the Knysna Film Festival which will sweep through the town from 29 October to 2 November. 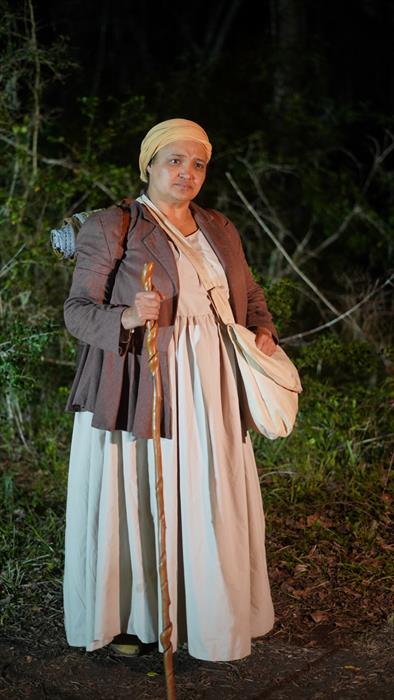 Michael Innes' adaptation will be hitting the silver screen in select cinemas around the country this Friday 13 September. Filming in the forests came as a bit of a challenge. Michael Innes and his film crew set out to recreate Fiela and Benjamin Komoetie with their own spin on the tale.