Fiery protests over racial injustice and a health pandemic that has killed 100,000 Americans and tanked the economy are converging to form what is perhaps the most unstable US presidential election year in modern history.

Is the country on the cusp of a transformation, or will systemic inequalities exacerbated by the coronavirus crisis persist, allowing alienation and marginalization to fester?

In weeks, the unprecedented strain has become the focal point of the ferocious White House campaign between President Donald Trump and Democrat Joe Biden, two politicians approaching the disasters with very different strategies.

It has been several generations since the country has experienced such a sharp and rapid confluence of major emergencies, a national low point that philosopher Cornell West has branded "America's moment of reckoning."

Nearly 110,000 Americans have died of COVID-19, and tens of millions are jobless due to pandemic-prompted lockdowns. 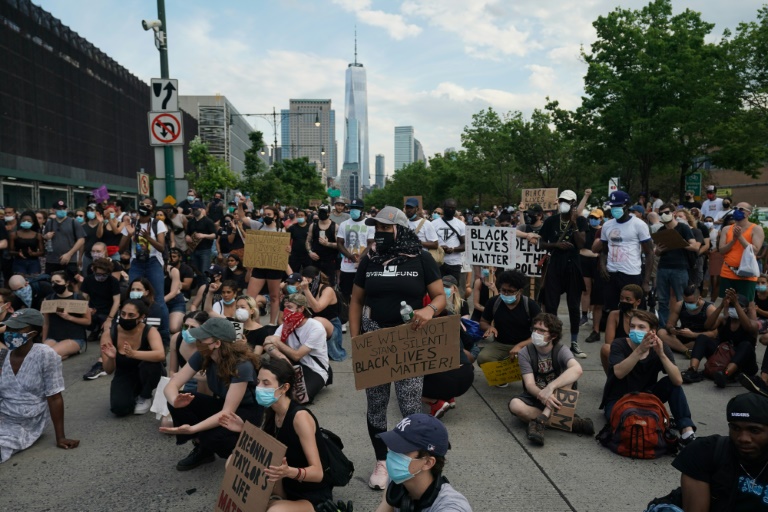 Protesters sit on the road during a peaceful protest against police brutality and racism in New York.

At the same time, unrest has gripped dozens of US cities where protesters demand justice over the killing by Minneapolis police of unarmed black man George Floyd.

Repeated episodes of police brutality caught on camera, even as most demonstrations have been peaceful, have further laid bare the nation's deep social wounds.

"It's a pretty bad moment," said Daniel Gillion, a political science professor at the University of Pennsylvania and author of "The Loud Minority."

The crises, he told AFP, have been "horrific" for African Americans, who traditionally have poorer health care outcomes, have just a fraction of the household wealth of whites, and are more likely to face police brutality.

"I can't think of a (modern-day) period where blacks have experienced such strife, such pain, such hardship," Gillion said. 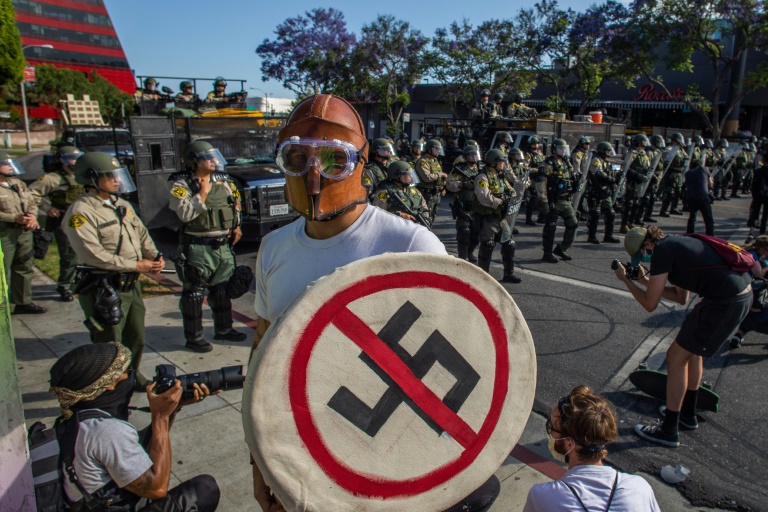 African Americans traditionally have poorer health care outcomes, just a fraction of the household wealth of whites, and are more likely to face police brutality.

Among COVID-19 victims, a disproportionate number are people of color.

While Trump on Friday touted a surprise drop in the overall jobless rate from 14.7 percent in April to 13.3 percent in May, black unemployment actually rose, to 16.8 percent.

The injustice that erupted into ugly view when a white police officer pressed his knee onto Floyd's neck for almost nine minutes is the latest manifestation of a systemic racism that has persisted for generations.

"There's been a knee on the neck of black America since slavery was abolished," 30-year-old Minneapolis protester Kayla Peterson said from behind a pandemic face mask. "We've never really been free."

Trump could have delivered an Oval Office address to the nation this week to smoothe tensions. Instead he has exploited discord and launched a "law and order" crusade.

Trump has walled off the White House from protesters and launched fiery accusations that do little to calm the storm.

"The problem," he tweeted Thursday about recent controversial tactics deployed in Washington, "is the arsonists, looters, criminals, and anarchists, wanting to destroy it (and our Country)!" 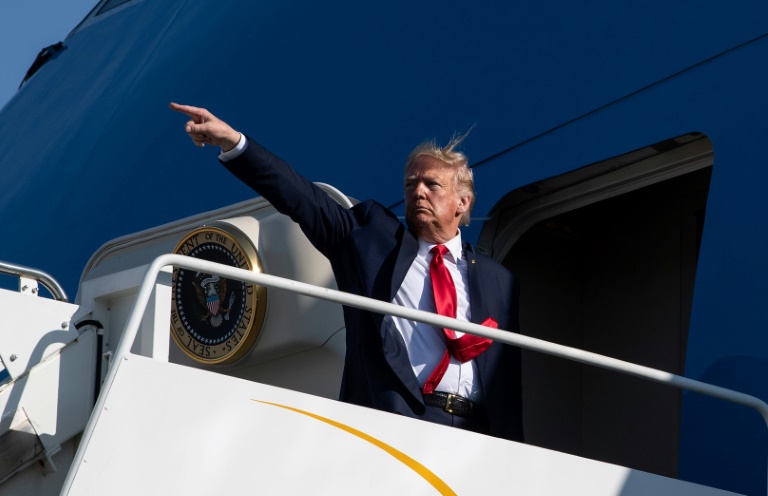 US President Donald Trump could have delivered an Oval Office address to the nation this week to smoothe tensions, instead he has exploited discord and launched a "law and order" crusade

Trump's provocative walk from the White House to a nearby church for a photo opportunity minutes after the area was forcibly cleared of protesters contained clear signals to conservative and evangelical voters in his base: security and faith remain paramount.

While Trump has trafficked in division, his November election rival has blasted him as "dangerously unfit" to lead.

Biden, 77, was largely absent for two months, hunkered down in his Delaware home as the pandemic played out and Trump used his bully pulpit to push to re-open the country.

But the veteran Democrat is eyeing an opening by embracing a message of conciliation and reform - something that could unite the moderate and liberal factions of the Democratic Party and draw independents appalled by Trump's strongman style.

"It is long past time we made the promise of this nation real for all of our people," Biden tweeted Friday.

Experts say that despite the recent chaos, Trump does have a path to victory.

"If the president is able to talk about race in a meaningful way, and if he's able to ride the recovery in health and in the economic crisis, he's going to look like the Teflon man," Gillion said. "Nothing will stick to him."

Trump however has seen his poll numbers erode, particularly among two groups vital to his re-election: elderly voters and evangelical Christians. 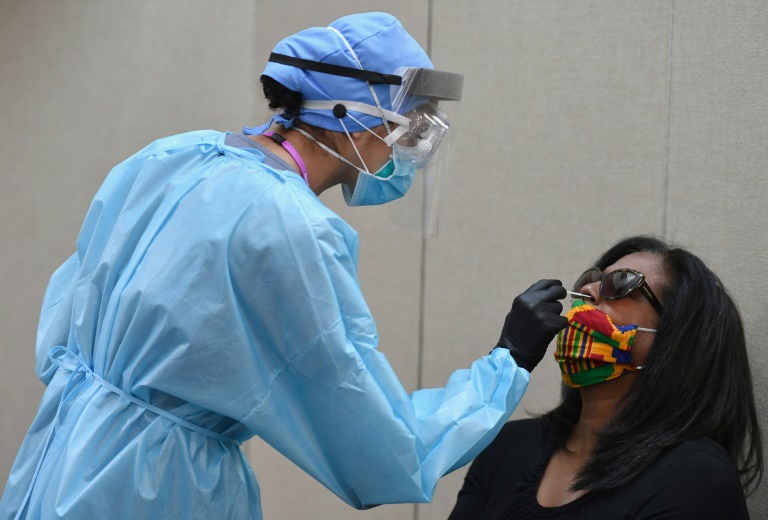 US health care workers and other first responders have been under intense strain as they battle to stem the spread of the coronavirus pandemic.

And his failure to tackle the pandemic early and his threat to unleash the military on protesters is repelling female voters.

White women "are upset with Trump's handling of the pandemic" and his lack of leadership, said Nadia Brown, associate professor of political science and African-American studies at Purdue University.

"Women are also watching the protests and they are having empathy" with demonstrators.

The persistent inequalities, snapshots of a shattered economy and how leaders respond "will definitely be on the mind of voters in five months," Brown added.

It doesn't mean Biden romps to victory, either.