SA will shiver this weekend 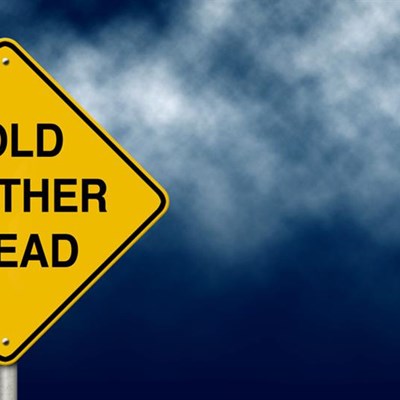 The cold front will make landfall in Cape Town on Thursday night‚ bringing with it 50mm or more of rain‚ strong to gale-force winds and rough seas.

Temperatures in the Eastern Cape are set to peak at 15°C in Port Elizabeth and East London at the weekend, 12°C in Graaff-Reinet and Grahamstown and just 7°C in Barkley East on Sunday.

South African Weather Service forecaster Lulama Pheme said the cold front would be preceded by strong winds and warm conditions over the interior of the country on Thursday‚ and warned residents to be extremely cautious about fires.

Temperatures will drop from a high of 18°C in Cape Town on Thursday to a minimum of nine and maximum of 14°C on Friday with an 80% chance of rain. The mercury will hover between 7°C and 15°C on Saturday with a 30% chance of rain.

“In Johannesburg‚ we are expecting a maximum of 28°C on Friday‚ ahead of the cold front‚ then a significant drop to a maximum of 17°C on Saturday and 15°C on Sunday.”

Cape Town’s Disaster Operations Centre was placed on standby to deal with any incidents related to the cold front.

“We appeal to homeowners to ensure that they survey their properties to make sure that gutters and drains aren’t blocked and that loose branches and roof sheeting are taken care of. I’d also like to advise motorists to stay off the roads if possible and‚ if they have to drive somewhere‚ to please exercise extreme caution‚” said the city’s Mayoral Committee Member for Safety and Security‚ Alderman JP Smith.

Snow Report SA predicted snowfalls over some mountains in the Western Cape and Northern Cape and a dusting of snow over parts of the Eastern Cape‚ Drakensberg‚ Kokstad and Matatielle in KwaZulu-Natal later on Saturday. Heavy snowfalls were expected over parts of Lesotho and KZN right through to Sunday.
Source: The Herald.