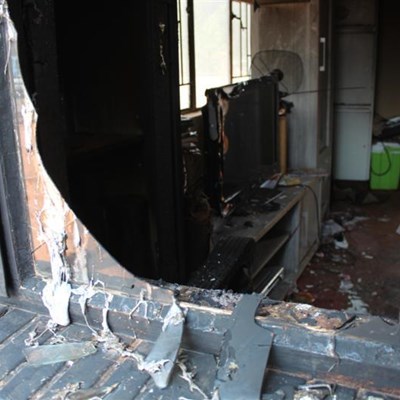 The damage caused by the fire. Photo: Maritza van Zyl
NATIONAL NEWS - A family feud in Toekomsrus went horribly wrong after a sibling allegedly set her sister’s house on fire in the early hours of Tuesday morning.

According to the sibling whose house in Pynappel Street was set alight, Moeder Remrock, “My husband, my three children and I were in the house when my sister arrived with the police to hand me a protection order.”

Remrock says her sister and herself has had a lot of arguments in the last few months. While she was there, she allegedly told Remrock that she will burn her house down with the family in it. This she allegedly said right in front of the police officer.
Read more on the Caxton publication, Randfontein Herald.