The silent vigil outside the Knysna Post Office is taking place until 15:00 today.

KNYSNA NEWS - A silent vigil is currently underway at the Knysna Post Office.

The vigil is in mourning of the women who have been violently murdered in South Africa in recent weeks, in particular the UCT student Uyinene Mrwetyana who was brutally murdered, allegedly by a postal worker at a Cape Town post office, and Plettenberg Bay's Sandisiwe Mona.

The names of female victims were written on the sidewalk.

The vigil was organised by Total Shutdown, a movement fighting for the breakdown of patriarchy and to put a stop to femicide. 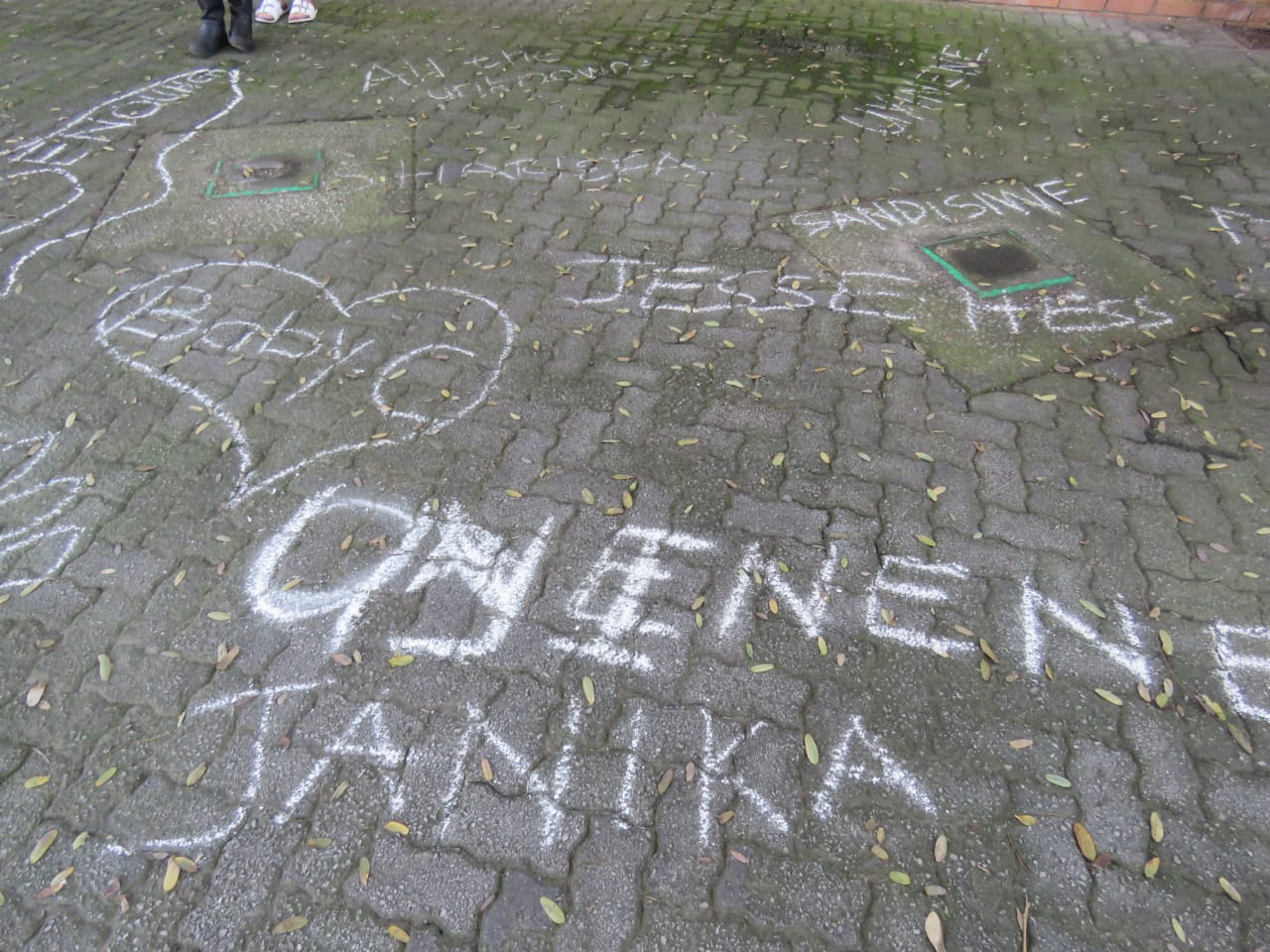 The names of victims have been written in chalk on the sidewalk.