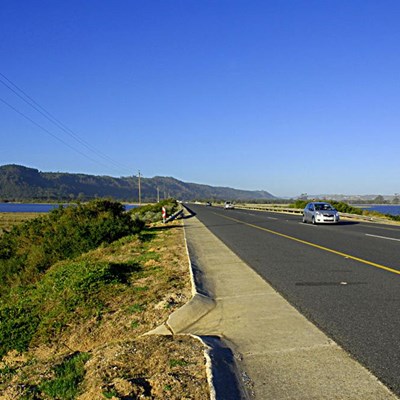 The N2 near Sedgefield. Generic image.
SEDGEFIELD NEWS - Smoke from a veld fire that broke out on the George side of Sedgefield earlier this afternoon brought the N2 traffic to a standstill.
Traffic officials stopped vehicles travelling in both directions due to the poor visibility caused by the smoke. No houses, horses or people were threatened by the fire.
It is alleged the fire was quickly brought under control and the N2 was once again opened to traffic.
The cause of the fire is not yet known.
'We bring you the latest Sedgefield, Garden Route news'