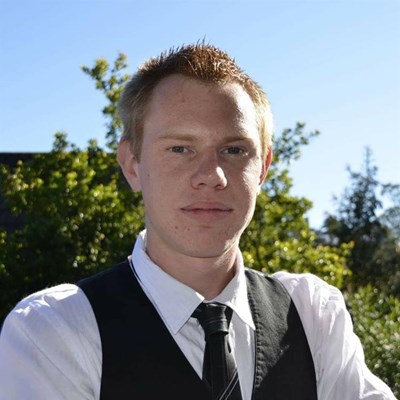 Bradley Richards.
NATIONAL NEWS - Condolences have been flooding in on Friday morning at the news of volunteer firefighter Bradley Richards passing away.
Richards was critically injured when a fire turned on him and his fellow firefighters in the middle of the Harkerville forest on Wednesday morning.
The 24-year-old Richards was a volunteer for the Plett South Fire Management Unit and was busy fighting the devastating fire that ripped through Plett on Wednesday and Thursday when he was injured.
He died in the George Mediclinic this morning.
Bitou mayoral spokesman Dumisani Mweba, who was with Richards and his colleagues during the firefighting efforts that claimed his life, said he was distraught by the news.
"Bradley was a hero who fought for his community right until the end. His passion was something to behold," Mweba said.
He added that while in the field Richards motivated his fellow firefighters and faced the dangers with bravery.
"The fire that claimed his life was traveling at 70km per hour, that is something you can't explain in words."
Mweba, who became emotional when talking about Richards after learning about his death, said he and mayor Peter Lobese sent condolences to his family and friends.
Click here for related articles:
'We bring you the latest Garden Route, Klein Karoo, Hessequa news'
Posted on: 08:25 Fri, 09 June 2017
Your Comments