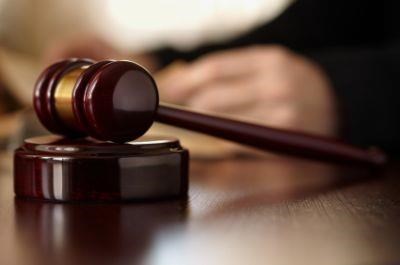 Generic image
PLETTENBERG BAY NEWS - The community of Plettenberg Bay is still battling to come to grips with the release of a local computer engineer who had alleged ties to a horrific international child porn ring involving the sexual abuse of babies.
He posted bail a week ago.
The 37-year-old suspect appeared in the Plettenberg Bay Magistrate's Court on Wednesday 14 January following his arrest at his ocean view home in a sting operation by South African and Belgian police the day before.
Bail was set at R10 000 and paid shortly afterwards. The matter was postponed to 22 April for further investigation.
Lieutenant-Colonel Heila Niemand, of the Gauteng Family Violence, Child Protection and Sexual Offences (FCS) Unit , who led the investigation in South Africa, said the suspect would have to adhere to strict bail conditions.
The suspect, who cannot be named until he has pleaded, has been ordered not to access any computer or frequent his Plettenberg Bay business premises. He may also not leave town and has to report to the local police station every Tuesday and Friday.
The accused, who owns a computer business, was tracked down following the arrest of an alleged paedophile in Belgium in October last year. While using the suspect's profile, members of the Antwerp Police's child sexual exploitation unit found the Plettenberg Bay man's internet address when they came across a cyber meeting space for paedophiles with fetishes including the sexual assault of babies.
Following contact with the Gauteng FCS and a lengthy investigation, the so-called Operation Cloud 9 was set up and police moved in on the man's home on Tuesday morning 13 January. He was found asleep in a bedroom when police arrived.
Police arrested the man and confiscated his computer on which sections of files, which allegedly include images of sexual violence, were found. They also uncovered his internet profile along with the internet addresses of more than 300 alleged paedophiles.
Niemand explained that police were currently trying to establish whether any of these alleged paedophiles were in South Africa and they were attempting to identify them.
Thousands of images depicting the abuse of children – many in their homes or in their bedrooms and as young as only a few days old – were also discovered. Niemand said some of these photographs had been taken very recently and that it was therefore crucial to identify them and subsequently end the abuse."Currently, we do not know if any of these children are in South Africa," said Niemand.
Plettenberg Bay social media pages have been abuzz with comments from some residents demanding the suspect be "named and shamed" in order for them to protect their children. Others have called on authorities to "hand him over to the community" while some demanded the death penalty for child sex offenders.
According to South African law, suspects in cases involving alleged sex offences may not be released until he or she has pleaded, and not at all if the accused's name may identify the victim(s).
The Plettenberg Bay suspect allegedly involved in the baby porn ring is expected to plead when he appears in the local court in three months' time. The court process is set to continue in the Plettenberg Bay Magistrate's Court until there is a decision to transfer the matter to a higher court.
ARTICLE: YOLANDE STANDER
'We bring you the latest Garden Route news'
Posted on: 07:00 Thu, 22 January 2015
Your Comments


I'm a 32 year old woman looking to meet men and women between the ages of 25 and 45.
View Profile