Christina Mabie does her bit in the soup kitchen her son started. Photos: Blake Linder

Rheenendal sports a population estimated to be just over 6 000 people, many of whom rely on income from sectors that have been closed for the majority of lockdown.

With an evident need for help when it comes to feeding their fellow residents, six soup kitchens were established at scattered points around the settlement.

The six soup kitchens feeding a combined total of roughly 1 800 people a week according to Naziva Titus, who is the overseer of the Rheenendal project. “Five of the kitchens operate between four and six days a week, with one operating three days a week,” Naziva said. All of the kitchens are run either out of someone's home kitchen or a small café, so in every essence of the word, it is normal people who have rallied together to aid their fellow man.

They also have a fixed menu for residents, and all feed residents around midday and early afternoon, Naziva explained. Some of the kitchens receive donations from Rotary and the municipality, as well as Arc and Gift of the Givers, but not all receive direct donations or sponsors. Those who do receive help, in turn help the other kitchens by sharing their donations, adding to a largely communal effort in the fight against hunger in Rheenendal.

One of the kitchens is run by Hester Lamini and Sylvia November, with help from two other volunteers, having started a week or so after lockdown began. “We help anyone who comes our way, and we love being to help,” said Sylvia.

Another soup kitchen, run by Johanna Flink, is also done out of the kitchen and veranda of her house. Johanna now conducts her kitchen off the back of a wealth of experience, and hopes to continue. “I used to run a soup kitchen for six years, so I can carry on doing this even when it’s not lockdown because it’s an absolute pleasure for me to be able to help,” Johanna said. 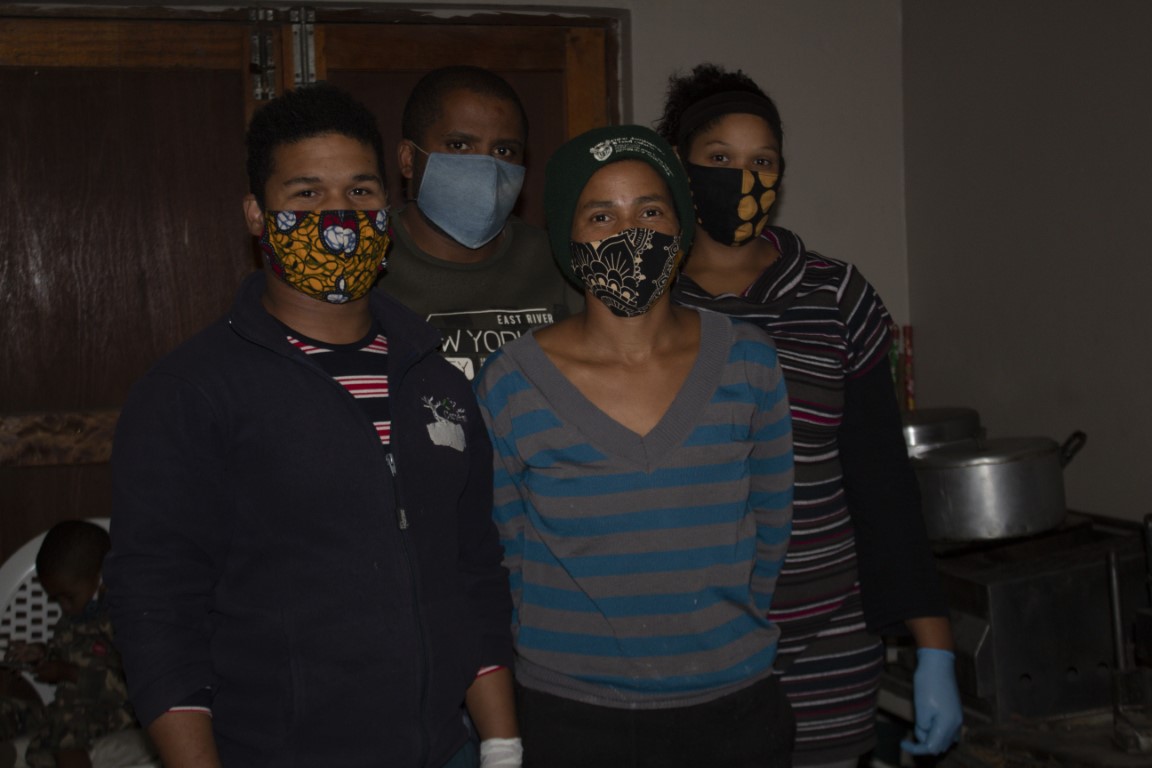 Dinovan Windwaai, Gareth Harker, Naziva Titus, and Davia Phillips are part of a team that run one of the soup kitchens. Photos: Blake Linder