KNYSNA MOTORING NEWS - The Jaguar Simola Hillclimb has rapidly grown to become a national premier motor sport lifestyle event. From 2 to 5 May, the Simola Hillclimb will celebrate its milestone tenth birthday and the sixth with Jaguar as the title sponsor of this extravaganza.

The hillclimb was conceived and created by Knysna residents Ian Shrosbree, Chick Ramsay and Francis Cusens, embodying their passion for all things motoring, while addressing the need to bolster the local economy and tourism sector.

"The event came about as a result of the 2008 financial crisis," says Shrosbree, director of Knysna Speed Festival which owns the Jaguar Simola Hillclimb event.

"Knysna's economy is based on two pillars - tourism and construction. In the aftermath of the financial crisis, both crashed.

"Francis, Chick and I decided to run a hillclimb to attract people to Knysna who would hopefully also invest in the town. Initially, our objective was one event to see if there was appetite and appraise the future after that.

"The Simola hill leading up to the prestigious golf and country estate lent itself to the purpose admirably. The beautiful setting has been an integral part of this event's attraction," Shrosbree says.

STRATEGY
"The first event was a great success so we mapped out our strategy to make it the 'Goodwood Festival of Speed' of South Africa that would attract international interest. We have worked tirelessly ever since to make it SA's premier motor sport lifestyle event."

Thanks to the support of Knysna residents and business owners, the long-standing backing of key sponsors and partners, as well as the enthusiastic involvement of the motoring and motor sport communities, the Simola Hillclimb flourished.

It has grown exponentially over the years to become a must-attend motoring event for competitors and spectators.

The inaugural 2009 event had 47 entrants competing in a single class, with motor racing legend Sarel van der Merwe taking the title in an Ashley Masters V8. Another motor sport icon Geoff Mortimer, emerged victorious in the wet 2010 event in a Mitsubishi Lancer Evo 9, with Wilhelm Baard stamping his authority, as well as that of the mighty Nissan R35 GT-R, on the hillclimb the following year.

CATEGORIES
Having to accommodate a burgeoning entry list, the event was split into two categories in 2012 with the introduction of Classic Car Friday and King of the Hill. Corban Slabbert took the classic car title in an Austin Mini Cooper S, while Jade Gutzeit claimed victory in his Nissan Skyline R34 GT-R among the modern cars.

The 2013 hillclimb was cancelled, but it returned even bigger and better in 2014 with Jaguar coming on board as the title sponsor. This prime position it has retained through to the historic tenth edition this year.

Franco Scribante totally dominated the 2014 Hillclimb, winning both categories in his remarkable Chevron B19. In 2015 the trophies were split between Charles Arton (March Formula Atlantic) and Des Gutzeit in his wild Nissan R32 GT-R.

Due to the exceptional growth of the Jaguar Simola Hillclimb, the organisers had to make it a strictly invitational event from 2016 onward. Entrants are limited to 65 for Classic Car Friday and 84 for King of the Hill.

"Making the Jaguar Simola Hillclimb an invitational event gives us the opportunity to balance the quality and type of cars and drivers selected across the various classes. This guarantees the best spectacle for spectators and competitors," explains Geoff Goddard, the event's sporting director.

"The rapid growth of the hillclimb also required that we continually evolve and adapt the event to ensure that it reflects the diverse nature of the entries."

WINNERS
This is most evident in the number of classes, which started out with just one in 2009 but will be 20 this year with a new separation of Single Seater and Sports Cars. This enables drivers to compete against comparable entries for individual King of the Hill titles, along with those awarded for Modified Saloon Cars and Road-going Saloon Cars and Supercars.

Franco Scribante scored his second double victory in 2016, taking the Classic Conqueror and King of the Hill titles in two iterations of the iconic Chevron sports racing car. Jaki Scheckter claimed the first-ever Supercar Shootout in a Nissan GT-R.

Scribante continued his Classic Conqueror reign the following year, with the newly introduced trio of King of the Hill titles going to Andre Bezuidenhout (Dallara F180 Formula 1), Willhelm Baard in a highly modified Nissan GT-R and Reghardt Roets in a road-going version of the same car.

APPLICATIONS
A record of over 200 entry applications was received for the ninth edition in 2018, with the final standings reflecting a repeat of the 2017 winners, despite the intense level of competition.

Most notably, Bezuidenhout destroyed the Simola Hillclimb record with an astonishing time of 35,528 seconds on his first outing with a Gould GR55 - a specialised Hillclimb-racing single seater.

Accommodating the large number of competitors has also been a mammoth task for the organisers. The original 100-metre temporary open-air "pit lane" located on the side of the road for the first event was added to with extensive roadside expansion and ground work over the years. There is now 660m² of dedicated marquee-style covered pits.

Last year, competitors clocked 1 406 timed runs up the 1,9km Simola hill during the practice, qualifying, class finals and Top 10 Shootout sessions - a far cry from the total of 103 runs recorded a decade earlier!

Equally noteworthy is the number of automotive brands represented, almost doubling from the 25 that took to the start line originally, to 45 in 2018.

Another 17 drivers are avid regulars with five events each notched up, including famous racing drivers such as Graeme Nathan, Peter Lindenberg, Enzo Kuun, Willie Hepburn and Dawie Olivier.

The astonishing numbers don't end there: the number of spectators has soared from 1 500 to almost 17 000 over the three days. VIP hospitality ticket sales climbed from 20 to 1 723; the 13 original event sponsors and partners have grown to 44; and the size of the organising team (including marshals, volunteers and support staff) has ballooned from around 100 at the beginning to more than 2 800 scheduled to assist at the 2019 Hillclimb.

The growth in media coverage has been no less impressive. In 2009, a single 15-minute TV package was aired, while last year the Jaguar Simola Hillclimb boasted 11 hours of live streaming, available to viewers around the world.

The event website has become a key asset for the dissemination of information, competitor entries and ticket sales, reaching 20 556 unique visitors and almost 30 000 returning visitors in 2018. This is supported by extensive social media exposure on Facebook (with a reach of more than 2-million), Twitter where the Hillclimb trended in 2018 for all three days, plus the ever-growing Instagram following.

The exposure provided by motoring and lifestyle media has also played a crucial role in driving the remarkable success of the Jaguar Simola Hillclimb. A total of 112 journalists, bloggers, photographers and videographers attended last year.

RECOGNITION
Not surprisingly, the Jaguar Simola Hillclimb continues to be recognised as one of the top sporting events in the country. In 2015 it won the "Best Tourism Activity" category and was a "Proudly Knysna" nominee at the Sanlam Knysna Awards.

The annual SA Sports Industry Awards saw it acknowledged as a finalist for the "Best Live Experience" for three years running (2015 to 2017), as well as the "Cutting Edge Sport Award" in 2016. The same year it was nominated for the "Motorsport Event of the Year" by the International Historic Motoring Awards in the UK.

Continued recognition has been received from the SA Guild of Motoring Journalists, being selected as a finalist in 2015 and 2017 for the Colin Watling Award that recognises significant contribution and achievement by a non-competitor in motor sport.

Most recently, the hillclimb earned the 2018 Environmental Award from Motorsport South Africa for its efforts to enhance environmental awareness and protection.

"The past 10 years have been challenging but extremely exciting and rewarding. We are delighted to have achieved our goal of making the Jaguar Simola Hillclimb South Africa's truly premier motor sport lifestyle event," Shrosbree says. 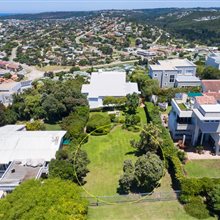 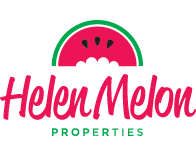 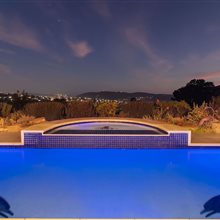 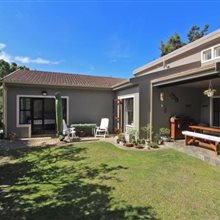