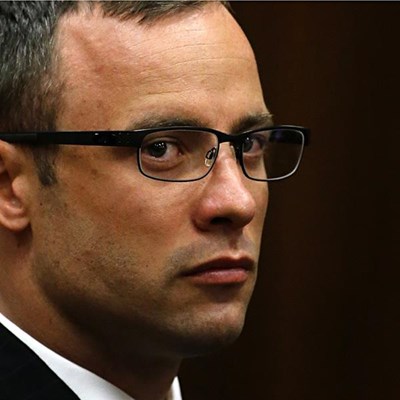 Oscar Pistorius
Supporters of former Paralympian Oscar Pistorius were not put off by the rain as they gathered outside the High Court in Pretoria‚ singing and dancing to show the convicted murderer their belief in his innocence.

Pistorius is expected to return to court on Monday for his sentencing proceedings to begin.

The double-amputee athlete must be sentenced afresh by Judge Thokozile Masipa after the Supreme Court of Appeal (SCA) last year overturned his culpable homicide conviction for shooting and killing his girlfriend Reeva Steenkamp and replaced it with a murder conviction.

Dawn Hassett‚ a legal consultant from Johannesburg‚ was among the group Worldwide Supporters of Oscar Pistorius which gathered outside court.

Said Hassett: “What can I say? Our sympathy goes to [Pistorius] and his family.”

Two women from the group flew into the country from Sweden and Iceland for sentencing proceedings.
Read more on The Herald.