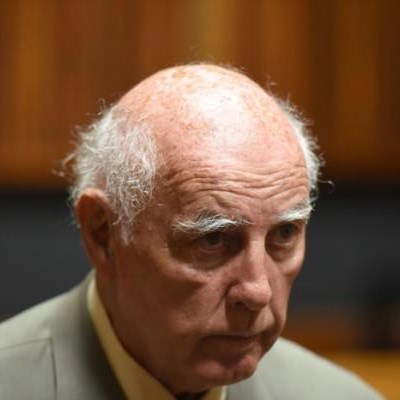 Bob Hewitt. Photo: The Citizen
NATIONAL NEWS - Seventy Five year old Addo resident Bob Hewitt was sentenced to an effective 6 years in prison in the North Gauteng High Court in Pretoria a short while ago.

The former grand slam tennis champion was found guilty in March on two counts of rape and one of sexual assault of three of his former tennis students in the 1980's and 90's.

On the two counts of rape, Judge Bert Bam sentenced Hewitt to 8 years imprisonment each.

On the count of sexual assault, Judge Bam sentenced Hewitt to 2 years behind bars.

The sentences will run concurrently - adding up to an effective 6 years.

Bam also ordered that Hewitt must pay R100 000 in total to the Department of Justice for their campaigns against the abuse of women and children.

Hewitt's defence immediately indicated that they would apply for leave to appeal the conviction.

Bail was extended until Tuesday morning, when defence counsel Terry Price will proceed with the application.
Source: Algoa FM