Claudia Cockroft had set up her own finish line for the race.

KNYSNA NEWS - A group of runners has managed to virtually revive a beloved race in Knysna, the Two Lagoons Marathon, in the form of a 10-day challenge that saw them run a total of 65km.

The inaugural Two Lagoons event was held in 2002 as the brainchild of local lepidopterist Dr David Edge, chair of the Knysna Marathon Club (KMC) at the time.

It was designed as a pre-Comrades long run for those entered into the event, with 65km and 32km races on offer.

In the 65km race, runners began at what was Lightley's Holiday Cruisers at the White Bridge (just off the N2), with the route making its way along six of the famous "Seven Passes". It eventually flattened onto the Hoekwil plateau, and made its way along the lakes all the way to the Ebb and Flow rest camp (Sanparks) near Wilderness. The 32km event started 33km into the race at the Karatara turn-off on the old passes road.

Sadly for local runners at the time, the last 65km event was held in 2008, after which the KMC committee voted "not to continue with this event due to the growing logistical issues and costs that exceeded any income", according to current KMC chair Sharon Brown.

The club would continue to host the 32km event, with the start and finish moved to Island Lake, and once Cape Eden Multisport Club became active in the area, KMC handed the event over to them to host. "There has always been a contingent of langasems (die-hards) asking for the resurrection of this great pre-Comrades training run. It is a pity that the logistics became so onerous and the bureaucracy overwhelming," Brown said.

Even though the traditional race was no longer up-and-running, a group of local runners decided to take the onus on themselves to revive the run in a virtual and extended format during lockdown.

This was partly the brainchild of KMC member and runner Margi O'Connor who started their first virtual run three years ago. "I started our first virtual run in 2017 to support the runners going to take part in the Comrades Marathon. We did nine days of 10km/day making a total of 90km," she explained. "As that was our first we only had three other runners and myself. We have done this style of virtual running every year since and completed our last one in January 2020."

But then, of course, came lockdown, and while they weren't able to get out and actively run around from the get-go they still did their "virtual" runs. "To keep everyone feeling focused and to retain the sense of community we carried on running these races," O'Connor said. At first, the group had to rely solely on running around their gardens, completing the Mzansi Lockdown Marathon (42.2km), the Two Oceans (56km/21km), and then the Outeniqua Marathon (42.2km) during lockdown.

The idea for the Two Lagoons came up when they began discussing what race to conquer next. "Beverley [Kursten] and I were chatting about what to do next. She suggested why not do the Two Lagoons, so we put it to the group and Sharon [Brown] came up with the suggestion of running the original Two Lagoons instead – 65km," O'Connor explained.

Thus, the race idea was born. Six runners from the group would run it over a 10-day period completing 6.5km each day, while all never leaving the 5km radius around their homes. "It was fun, then gruelling and challenging all at the same time. The group is always so energising, friendly and motivating." 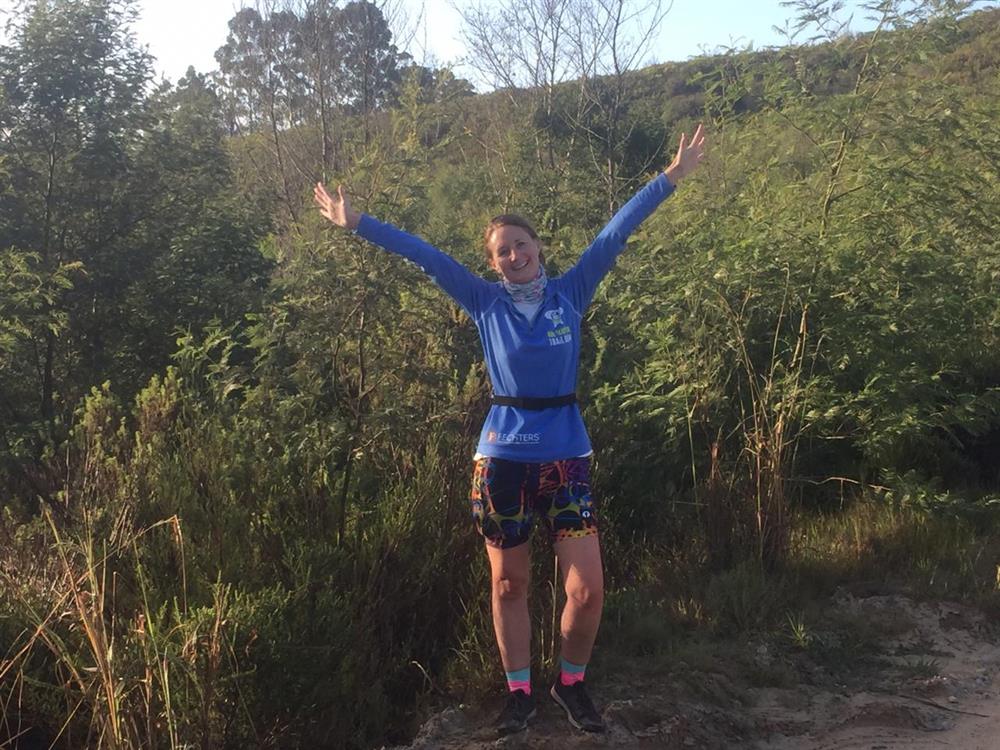