AGRICULTURAL NEWS - "They work for me night and day," smiles Antonio Zamora, standing in his greenhouse. His minuscule employees are bugs that feed on the parasites threatening his peppers.

Zamora, like most of his colleagues, no longer sprays his crops with pesticides, instead hanging small bags of mites on the plants, leaving them to attack parasites while sparing his produce.

He owns two hectares (five acres) in the so-called "Sea of Plastic", some 30,000 hectares of greenhouses in southeastern Spain's Almeria province, where much of Europe's fruits and vegetables are grown.

The sparkling mosaic of white plastic bordering the Mediterranean - which is visible from space - produces tomatoes, cucumbers, courgettes, peppers and aubergines all year round to supply Europe's supermarkets. 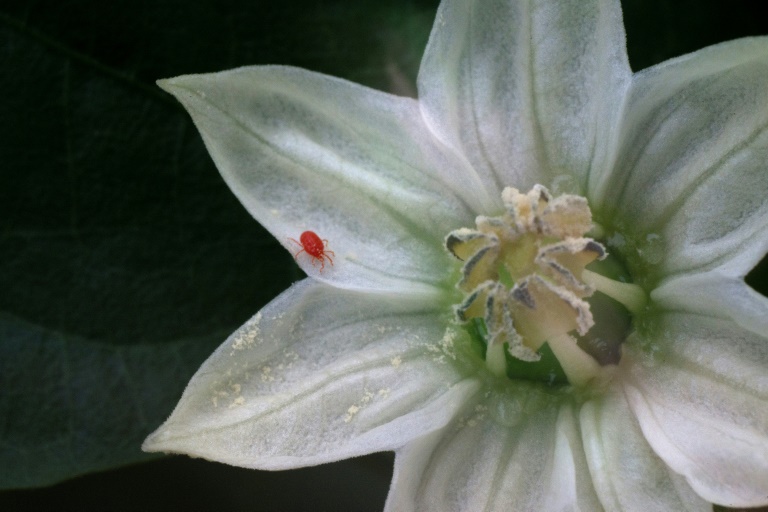 Last year 2.5 million tonnes of produce was exported from Almeria, half of Spain's total vegetable exports.

About 60 percent of tomato growers have done the same, along with a quarter of courgette producers, according to the producers' association Coexphal.

Consumption of insecticides in Almeria - where agriculture employs some 120,000 people and accounts for 20 percent of economic output - has dropped by 40 percent since 2007, according to local authorities.

The use of insecticides surged in the 1960s, but farmers have adopted new methods under pressure from consumer groups as well as the fact that their crops have become increasingly resistant to the chemicals. 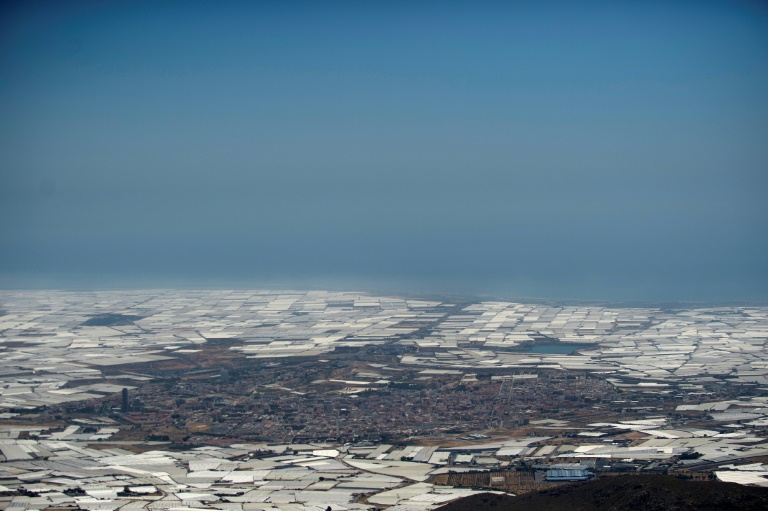 The "Sea of Plastic", some 30,000 hectares of greenhouses in southeastern Spain's Almeria province, produces much of Europe's fruits and vegetables.

"We have had to change course. The use of pesticides became excessive," said Jan van der Blom, an expert in biocontrol at Coexphal.

Encarnacion Samblas of environmental group Ecologists in Action described the change as a "very positive step".

"In many cases the reduction in the use of chemical products has been drastic, and the substances that are still in use are softer," she said.

French agricultural cooperative InVivo, which has yearly sales of 5.5 billion euros ($6.2 billion), recently opened a "biofactory", Bioline Iberia, in the heart of the Sea of Plastic.

Inside hermetically closed rooms with tightly controlled temperature and humidity levels, employees raise four species of mites to be sold in the region as well as in Portugal and Morocco.

The company projects production of a trillion insects this year.

Several other factories of the same type have sprung up in recent years around the Sea of Plastic, and roughly 30 firms sell insects, at steadily decreasing prices.

"Spain can be considered the largest area in Europe and perhaps the world in terms of the use of biological control," said Bioline Iberia director Federico Garcia.

But the road to truly green farming remains long, said Samblas of Ecologists in Action, noting that many farmers still use fungicides and various other substances to disinfect soils.

"Farmers continue to use chemicals in a not very rational way, because they are recommended, they are sold to them. Often they use them as a routine, without really knowing why," she said.

Even "organic" greenhouses - with 2,000 hectares certified as such or seeking the label - often pay little heed to biodiversity or fail to take proper care of the soil, the ecologist said.

She noted that European regulations on these issues are lacking. 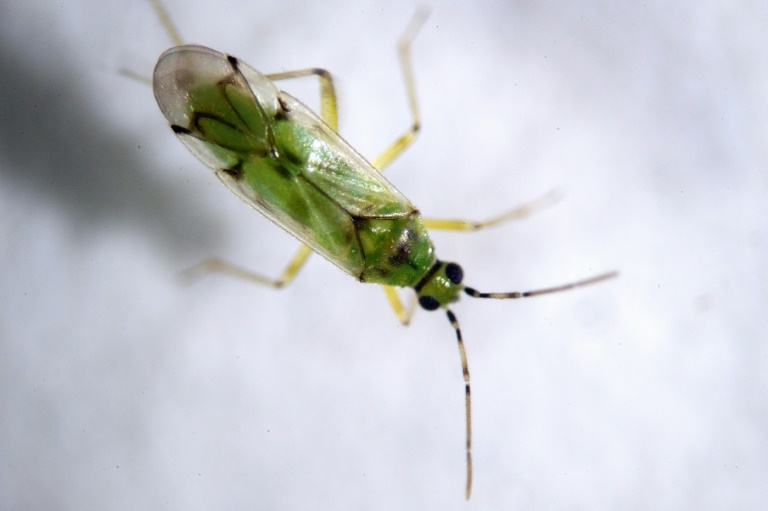 The Nesidiocoris tenuis, shown here, is a  predator of the whitefly, which attacks peppers.

An increase in the amount of land used for farming has put pressure on water resources in an arid region, Samblas added.

Agronomist Jose Manuel Torres warned that year-round farming methods favour the growth of parasites, arguing that the region should halt production during the summer.