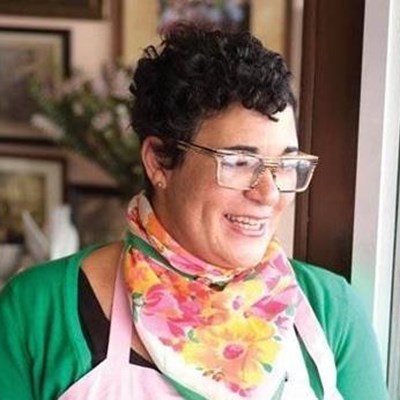 Karen Dudley will work her kitchen magic at the Plett Food Film Festival.
PLETTENBERG BAY NEWS - Karen Dudley, goddess of the kitchen, will enthrall guests at the opening night of the 2015 Plett Food Film Festival.
Dudley will be entertaining Plett with her witty sense of humour and her ever-popular Love Sandwiches for a cocktail of fun on July 9 at the festival’s opening event and the film premiere of Big Night.
Delighted fans will also have an opportunity to meet Dudley on July 10 and 11 as she mingles with guests during the other films premiered at the Plett Food Film Festival.
After travelling and cooking in the United States and Europe, Dudley returned to South Africa and started her own catering business in Woodstock. Besides being the home base for Karen’s catering operation, her acclaimed restaurant The Kitchen has become a celebrated eatery serving the gorgeous and talented patrons of Woodstock.
It is at the heart (and stomach) of a boom of creative new businesses, boutique shops and industries in the area.
Dudley is right there bringing sustenance to locals and visitors in this funky little neighbourhood, with legendary salads and her signature Love Sandwiches. Her new venture, The Dining Room, is sure to bring patrons with forks in hand as they celebrate the joy of dining in a nostalgically retro and inviting space.
The charismatic Dudley will share insight into her inspiration for the passion in her life, food and cooking, with an engaging presentation and introduction to the film, Big Night, directed by Campbell Scott and Stanley Tucci. The film’s line-up of stars is first class with actors including Marc Anthony, Minnie Driver, Ian Holm, Allison Janney, Isabella Rossellini, Campell Scott, Tony Shalhoub and Stanley Tucci.
Wonderfully conceived and enacted, Big Night is a period piece set in 1950s America and focussing on two Italian immigrant brothers who operate a small, failing restaurant. Primo is the chef. He’s a perfectionist, driven mad by the unsophisticated coarseness of his American clientele. Secondo, on the other hand, is caught up in the American dream, driven to succeed, determined to Americanise the restaurant to make it a success.
When faced with impending doom, Secondo arranges through Pascal, the owner of a big, flashy, popular restaurant down the street, to have one ‘big night’, a special dinner for Louis Prima, the jazz great, which could result in the notoriety their establishment needs to survive. Primo begins to prepare the most incredible feast of his career, but can he succeed?
The Plett Food Film Festival forms part of the Plett MAD Festival - the Music, Arts and Drama Festival, which is best described as an unforgettable experience of all things music, arts and drama – all things MAD! Visit www.pletttourism.com for more information.
Click here for a previous news flash.
Karen Dudley will be at the opening night of the Plett Film Food Festival on July 9.
'We bring you the latest Plettenberg Bay, Garden Route news'