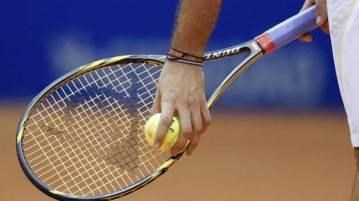 Generic image
NATIONAL NEWS - It was no surprise when Tennis SA (TSA) announced on Tuesday they had opted for a high altitude venue for their forthcoming Davis Cup by BNP Euro Africa Group 2 round 1 tie vs Luxembourg.

The Irene Country Club in the City of Tshwane was once again named by TSA as the preferred venue for the tie to be played next month from March 4-6. A medium to fast hard court will be laid for the tie.

Last year South Africa went up against Ireland in the Euro/Africa Relegation play-offs also staged in Centurion at the Irene Country Club where South Africa romped past Ireland 5-0 and avoided relegation to Group 1.

Fritz Wolmarans and Tucker Vorster won a couple of tight four-setters on the opening day to give the hosts a handy 2-0 lead. Then Dean O’Brien and Ruan Roelofse combined in the doubles contest to seal the tie. Vorster and Roelofse added to Ireland’s misery, by triumphing in the Sunday reverse singles too.

Luxembourg in 2015 got no joy when they drew Bulgaria. Bulgaria took the tie 5-0 meaning Luxembourg remains in group 2 for 2016.

Luxembourg’s best performances in the Davis Cup competition have been reaching the Europe/Africa Zone Group I second round, which they achieved in 1993, 2003, 2004 and 2006.

Irene has played host to three Davis Cup ties over the past two years. South Africa won the ties versus Monaco and Ireland but lost closely to Lithuania making it a happy hunting ground for the hosts.

Tie Director, Clark Coetzee said that the success of hosting the Davis Cup at Irene Country Club over the past two years made the choice easy. “TSA enjoys a sound working relationship with Irene Country Club and our players have always given the club and the crowd support it attracts the thumbs-up,” said Coetzee.

Tickets are available at R100 per person and at R250 for a season ticket via Webtickets.co.za and Pick n Pay stores.
Source: African News Agency (ANA)