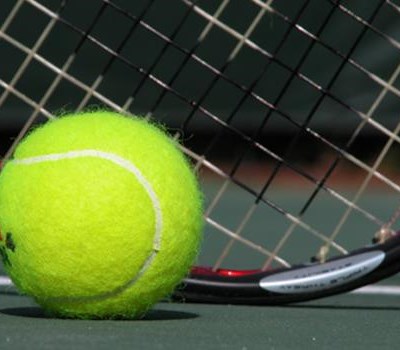 Generic image.
NATIONAL NEWS - Next week 19-year-old Lloyd Harris will jet into South Africa as part of the South African Davis Cup Squad to play Luxembourg from March 4-6 at the Irene Country Club.

Harris, who is playing his first ATP Challenge this week in Japan, upset fifth seed Hiroki Moriya from Japan 4-6 6-3 7-6 (4) to move into the quarterfinals where he will meet another Japanese star, Yuichi Sugita the top seed on Friday.

The timing of Harris fine form is perfect as South African Davis Cup captain, Marcos Ondruska has indicated that Harris could well be named as the second singles player with Tucker Vorster in the final South African team to play Luxembourg in the crucial Euro-Africa Group 2 Davis Cup clash in Pretoria next weekend.

If Harris is named by Ondruska it will be his first official outing in the green and gold for South Africa in Davis Cup competition.

Harris was also rewarded for his fine form when the International Tennis Federation confirmed on Monday that he has received a travel grant to assist him with travel expenses.

This grant is part of the ITF Development Programme, which is financed by the ITF and the Grand Slam Development Fund (GSDF).

During the period 1986 – 2014 over US 92-million has been invested by the ITF and the Grand Slam nations in tennis development activities in 150 countries worldwide.