Taking it to the extreme

The KET was held concurrently with the KET 0.5, a shortened version of what has been touted as Africa's toughest extreme triathlon race by its organisers.

The KET kicked off at 05:05 on Saturday 23 November from the jetty opposite Sirocco restaurant, and while the sun slowly crept out from its hiding place, the triathletes took on the chilly waters with a harsh wind chill in the air too.The first half of the swim which took them up to Laguna Grove and down to Leisure Isle would arguably be the easier of the two, as on their way back up to Thesen Island the swimmers would be met by a brutal outgoing tide which they had to fight to get back.

Nicola Mattheus and Victor Williams would be the first swimmers out of the water in the full KET, with both finishing their 5km swim in 01:39. Wiehahn wasn't far off as he finished his swim in 01:40, while eventual ladies winner Corinne Berg would come in just before Wiehahn.

The remainder of the race would belong to Wiehahn, as he finished the 174km cycle leg in 06:26 before completing the 50km running leg in 04:44 to round out an impressive race day that saw him defend his KET title. He would clock a total time of 12:52:15, nearly six minutes better than his winning time last year. Sebastian Kleu makes his final preparations before taking on the cycling leg. Casper Germishuys applies sunblock before embarking on the cycle leg of the half triathlon. 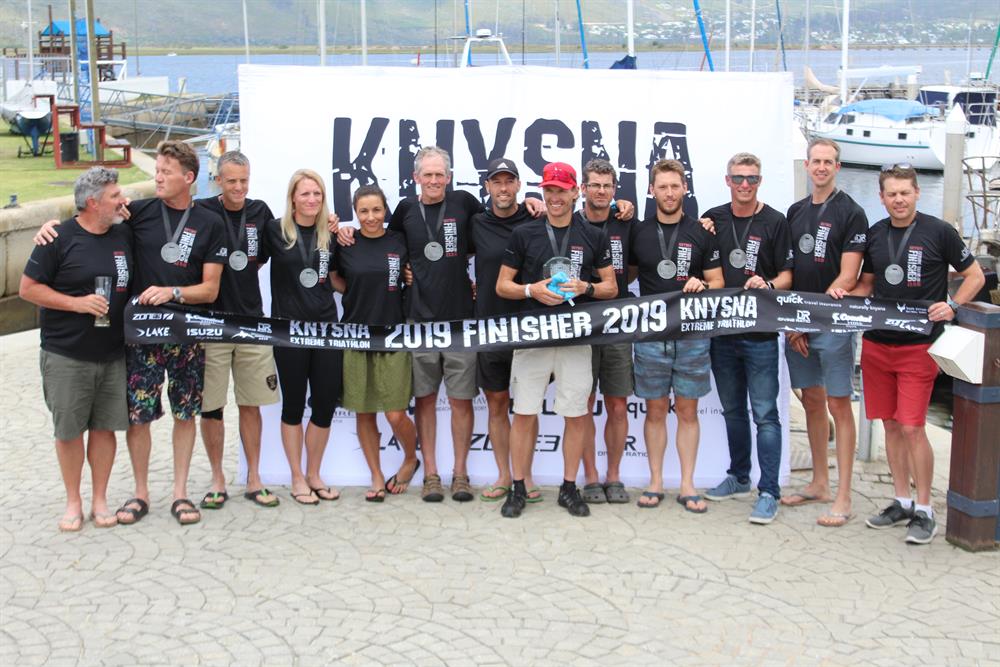 The triathletes who managed to finish the full KET race.