130 million children under five have died since 2000

More than 15,000 children under five die each day in the developing world, with huge disparities in death rates between and within countries.

LIFESTYLE NEWS - More than 15,000 children under five die each day in the developing world, with huge disparities in death rates between and within countries, according to a detailed assessment of childhood mortality released Wednesday.

From 2000 to the end of 2017, 123 million newborns, infants and toddlers perished in 99 low- and middle-income countries that account for more than 90 percent of under-five deaths, the study found.

Adding preliminary figures for 2018 - along with nations not included in the tally such as China, Mexico, Brazil and Malaysia - the early childhood death toll will exceed 130 million for the first two decades of the 21st century, researchers told AFP.

The main cause of death varied depending on age, a consortium of several hundred experts reported in the journal Nature.

Premature birth was the biggest killer of infants under one. Two-to-four year olds were more likely to succumb to malaria, diarrhoeal diseases, and lower respiratory infections such as pneumonia.

Precise targeting
The chance of a newborn or toddler dying varied up to ten-fold between nations, and up to 40-fold between regions. 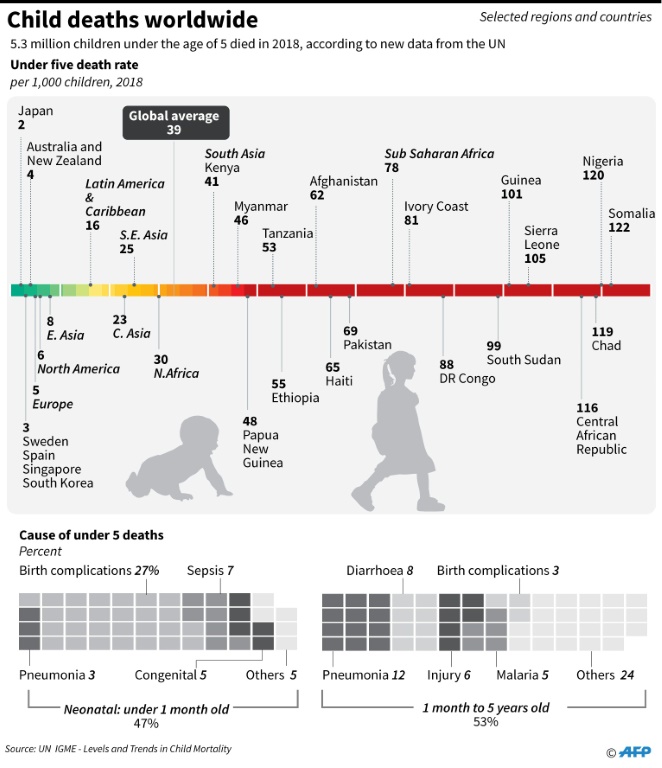 The early childhood death toll exceeded 130 million for the first two decades of the 21st century.

In 2017, for example, only four children in 1,000 in Santa Clara, Cuba failed to reach their fifth birthday. But in the district of Garki, Nigeria an estimated 195 of every 1,000 children born did not cross that threshold.

"It is as reprehensible as it is tragic that, on average, nearly 15,000 children under age five die every day," said senior author Simon Hay, director of the Local Burden of Disease group at the Institute for Health Metrics and Evaluation in the US state of Washington.

"We need to enable precise targeting of interventions, such as vaccines," he said in a statement. "Our findings provide a platform for nations' health ministers, clinicians, and others to make focused improvements in health systems."

Globally, under-five mortality has declined by almost half since 2000, from nearly 10 million to 5.4 million in 2017.

While comprehensive data for 2018 if not yet in, the total is likely "over five million," the authors said.

Progress made by some countries over the last 18 years shows that goals of reducing mortality are within reach.

In Rwanda, for example, the highest district-level rate of child death in 2017 was less than half that of the lowest district-level death rate in 2000. Expanding access to health insurance and boosting the number of health workers in poor districts contributed to that outcome.

Narrowing the inequality gap within Nepal and Peru also led to lower mortality among the youngest citizens in those nations. 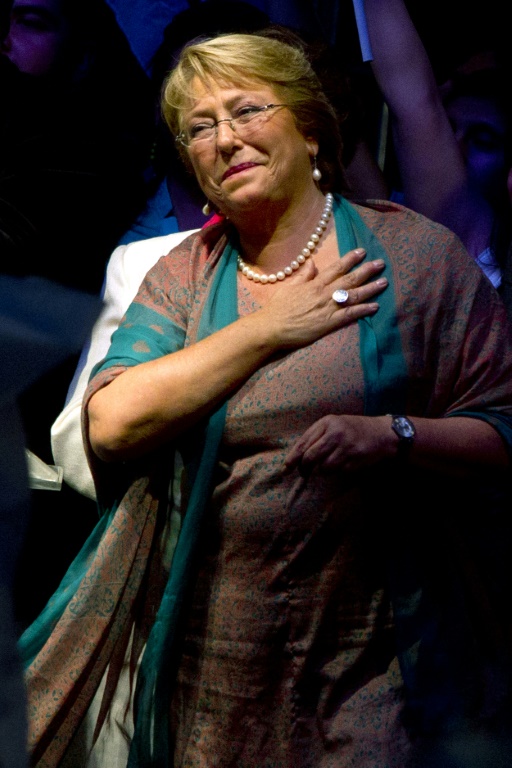 "Providing access to medical treatment is just one element," UN High Commissioner for Human Rights and former president of Chile Michelle Bachelet said in a comment, also in Nature.

"The factors that contribute to deaths come down to failures to treat broader ills: poverty, disempowerment, discrimination and injustice."

The new study is the first to break mortality statistics down to the sub-regional levels - 17,554 districts across 99 nations.