INTERNATIONAL NEWS - Ripped-up paving stones lay scattered around the graffiti-scarred streets of Hong Kong after one of the most violent days in a summer of rage, as protesters ready for fresh clashes on Tuesday's 70th anniversary of communist China's founding.

The protest-wracked financial hub witnessed its fiercest political violence in weeks on Sunday as riot police spent hours in running battles with protesters, the streets blanketed in tear gas and smoke from burning barricades.

Millions have hit the streets during nearly four months of pro-democracy protests while hardcore activists have repeatedly clashed with police in the biggest challenge to China's rule since the city's handover from Britain in 1997.

Beijing is preparing for huge, tightly-choreographed festivities from Tuesday to mark the founding of the People's Republic of China, including a massive military parade that will showcase the country's emergence as a global superpower. 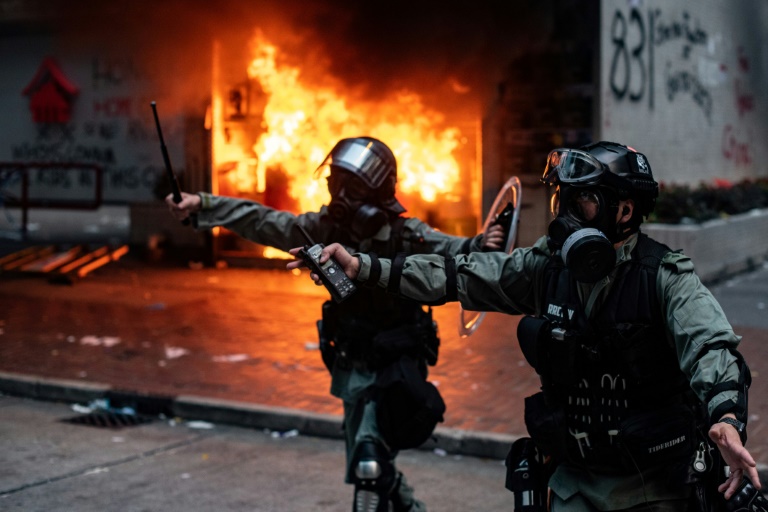 This weekend's clashes were the most sustained in weeks.

Yet the ongoing unrest in Hong Kong threatens to upstage those festivities as the semi-autonomous city boils with public anger over the erosion of its special freedoms under Beijing's rule.

In the last few days democracy activists have ramped up their rallies and street battles ahead of National Day, which Hong Kong protesters have dubbed a "Day of Grief".

And there is little sign of the protests abating.

After police banned a proposed march on Tuesday, online forums used by the largely leaderless movement have called for wildcat protests across the city in a effort to stretch police resources thin.

"I want to see millions of people boycott national events and result into violent protests on October 1," one user wrote in a heavily upvoted comment on the Reddit-like LIHKG forum.

Despite the inevitability of renewed clashes, municipal workers still spread out across the city on Monday morning to begin a now regular clean-up ritual. 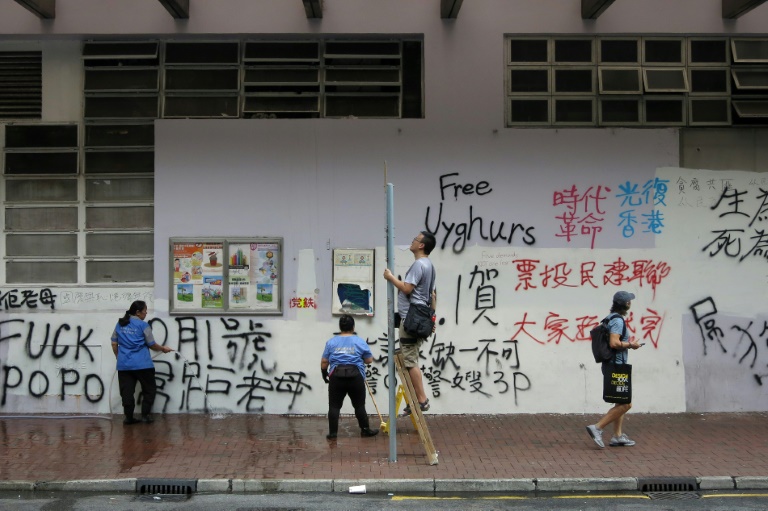 Scrubbing walls of graffiti has become something of a Monday morning ritual.

They collected torn-up paving stones into piles and swept the melted remnants of burned makeshift barricades into bags along a four-kilometre (two-mile) stretch of road where Sunday's clashes took place.

Graffiti and protest flyers were everywhere.

One Starbucks had been heavily sprayed with anti-police slogans and boycott calls.

In Hong Kong the franchise is owned by Maxim's Caterers. Protesters called for a boycott after a member of the family that owns Maxim's delivered a speech condemning demonstrators and speaking in support of Beijing.

The city's summer of discontent was triggered by an extradition bill to the mainland that has now been shelved.

But the movement has since morphed into a call for free elections and less intervention from Beijing.

Protesters are calling for an independent inquiry into alleged police abuses, an amnesty for those arrested, and the right to elect their leaders - demands dismissed by China and city leader Carrie Lam who was set to fly to Beijing later Monday to take part in the National Day celebrations. 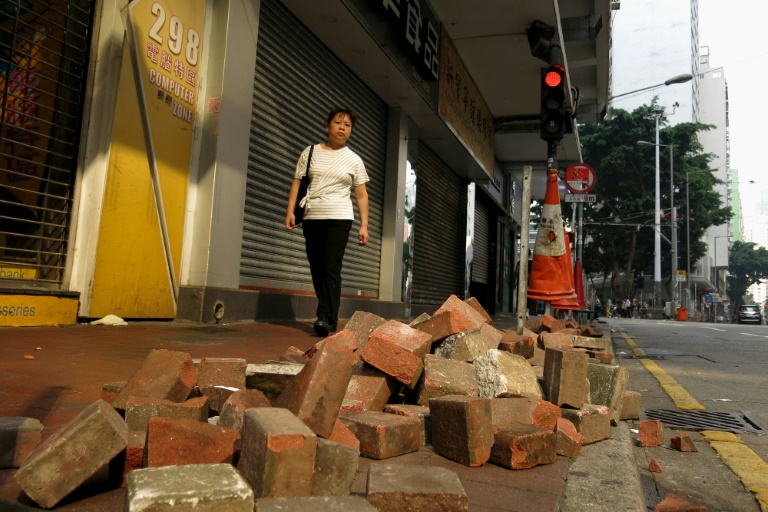 Paving stones have been pulled up by protesters who have used them as missiles to lob at police.

With Lam unable or unwilling to come up with a political solution to the strife, the city's police have been left to deal with the unrest, leading to huge levels of public anger towards the force.

But weekly videos of police beating arrested protesters have only fanned the animosity further.