Germany at risk of recession but economists keep faith

Carmakers have suffered bottlenecks as they struggle to make cleaner vehicles.

INTERNATIONAL NEWS - Germany will find out on Tuesday if Europe's top economy ended 2018 in a technical recession, with fears over slowing momentum fuelling calls for Berlin to use its fiscal leeway to bolster growth.

Federal statistics office Destatis will publish a preliminary estimate of Germany's fourth quarter and full-year gross domestic product figures for 2018, data closely watched across the eurozone for signs of a wider slump.

The German economy shrank by 0.2 percent in the third quarter, its first contraction in more than three years.

The setback was mainly blamed on carmakers' struggles to get ready for tough new EU emissions tests, which caused production bottlenecks across the vital sector, and low water levels in the Rhine that hampered shipments of chemicals and raw materials.

Disappointing industrial data since then has suggested the aftershocks of both stretched into the final months of 2018, raising the prospect that Germany's output shrank for a second consecutive quarter - the definition of a technical recession.

Uncertainty about Brexit and weaker Chinese growth as a result of US-led trade tensions have further rattled nerves in export-reliant Germany.

But many economists have been quick to stress that Germany's underlying fundamentals remain strong, powered by healthy domestic demand.

"Even if it happens a technical recession should not leave any marks on the labour market but should be the very final wake-up call to step up investments and structural reforms," said ING Diba bank analyst Carsten Brzeski.

Economy Minister Peter Altmaier, who expects German growth of around 1.5 percent for 2018 compared with 2017's 2.2 percent, has also rebuffed the doomsayers.

"Germany is not at the beginning of a recession, even if there are unresolved problems in international trade with Brexit and the United States," Peter Altmaier told Handelsblatt last week.

Europe's powerhouse "has a strong reputation globally, the mood is good among businesses and many order books are full", he said.

Altmaier, of Chancellor Angela Merkel's centre-right CDU, however acknowledged the government could do more to give businesses "a tailwind" at a time of sluggish global expansion.

"It makes sense right now to set incentives for growth," he said, including through "tax relief for companies". 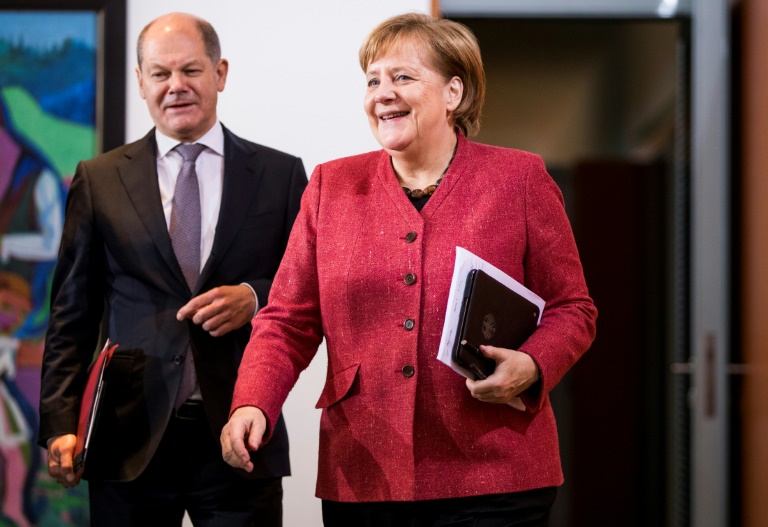 'The fat years are over', according to the finance minister.

That puts him on a collision course with Finance Minister Olaf Scholz of the centre-left Social Democrats, who has said he sees no need for corporate tax cuts and recently warned that "the fat years are over" when it comes to Germany's run of tax revenues overshooting expectations.

Destatis is due to put a number on Germany's public finances for 2018 on Tuesday, expected to show a sizeable surplus for the fifth year in a row.

Germany, which also boasts a massive trade surplus with the rest of the world, frequently faces calls from abroad to spend more of the proceeds of its wealth to encourage consumption at home - which would indirectly benefit trading partners.

Among the loudest critics is US President Donald Trump, who regularly rails against Germany's "unfair" trade imbalance and chastises Berlin for not spending enough on defence. 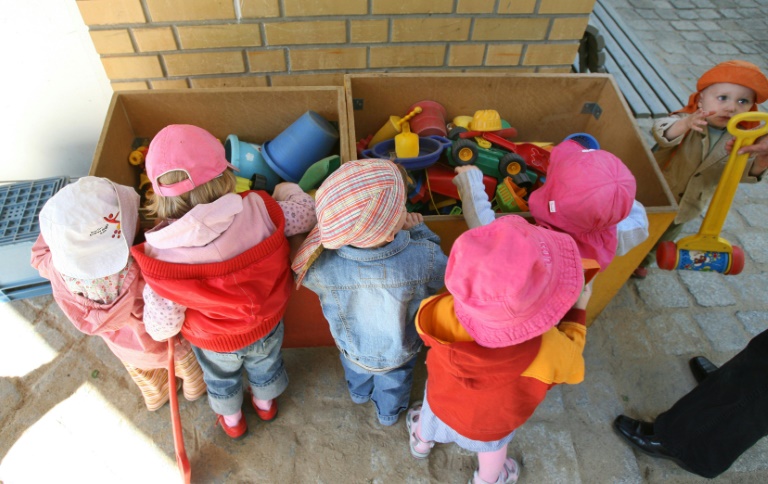 Germany has pledged billions of extra social spending, including on child care.

Merkel's coalition government agreed last year to stick to its cherished "black zero" policy of a maintaining a balanced federal budget, but also pledged billions of extra euros in social spending, including on childcare, education and pensions reforms.

The government also vowed to invest in the country's creaking internet infrastructure amid criticism it is failing to prepare the nation for the digital future.

But Berlin remains a laggard on military spending, only committing to raising expenditure from 1.24 percent of GDP last year to 1.5 by 2024 - well short of the 2.0 percent promise Trump wants upheld.