INTERNATIONAL NEWS - China said Sunday that relations with the United States were "on the brink of a new Cold War", fuelled in part by tensions over the coronavirus pandemic that has killed nearly 350,000 people worldwide and pitched the global economy into a massive downturn.

Fresh tensions between Beijing and Washington emerged as Muslims around the world celebrated an end to the holy month of Ramadan muted by virus restrictions and as more European nations prepared to further ease their lockdowns.

Globally more than 5.3 million people have been infected by the virus, which most scientists believe jumped from animals to humans - possibly at a market in the central Chinese city of Wuhan, where the pandemic emerged in December.

The origins of the virus and China's response have become highly politicised, with US President Donald Trump accusing Beijing of a lack of transparency, and pushing the theory that it may have leaked from a Chinese maximum-security laboratory.

Chinese Foreign Minister Wang Yi said Washington had been infected by a "political virus" to continually attack China, but added the country would be open to an international effort to find the coronavirus source. 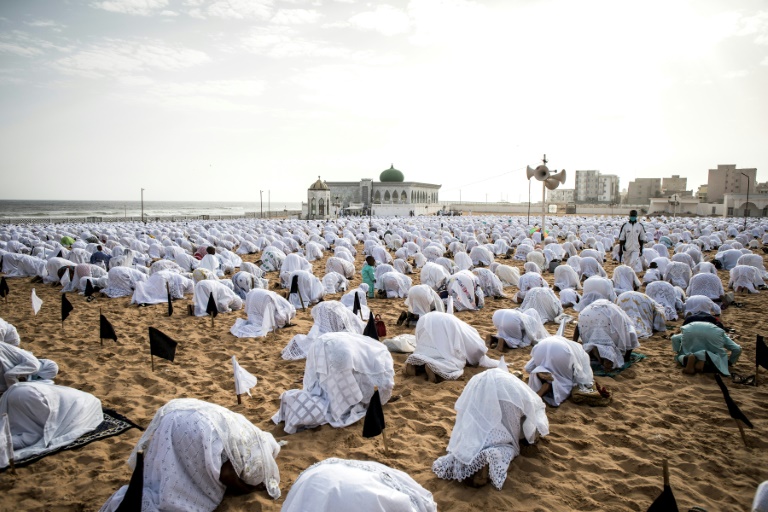 In Senegal, Muslim faithful prayed on one beach to help keep social distancing measures in place.

"It has come to our attention that some political forces in the US are taking China-US relations hostage and pushing our two countries to the brink of a new Cold War," Wang told a press conference at China's week-long annual parliament session. 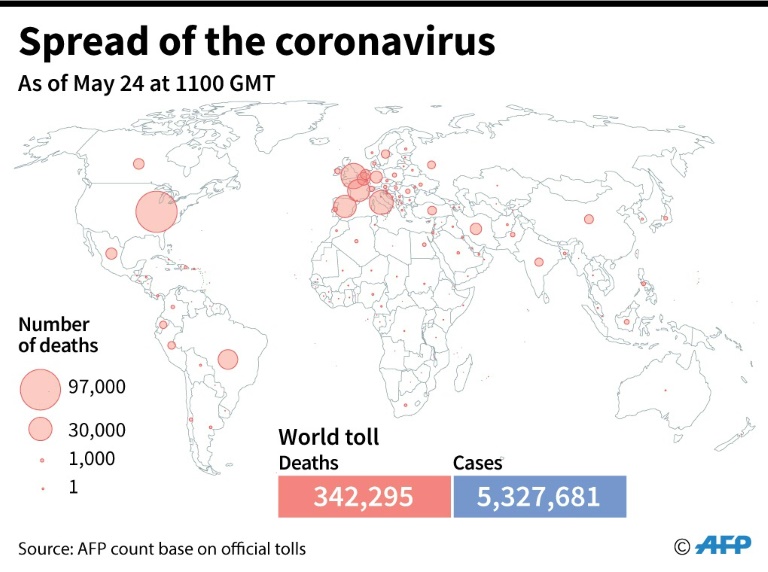 Spread of the coronavirus

Wang blasted what he called efforts by US politicians to "fabricate rumours" about the virus origin and "stigmatise China".

While European nations initially among the hardest hit have started to ease lockdowns in a bid to salvage economies and lifestyles, other countries such as Brazil, where deaths have surged, are emerging as new centres of the pandemic.

Hundreds of millions of Muslims around the world were celebrating the Eid al-Fitr holiday, marking the end of the Islamic fasting month of Ramadan, with Islam's two most important mosques still closed to worshippers in Mecca and Medina. Number 10 Downing Street special advisor Dominic Cummings is under pressure to step down over allegations he broke lockdown rules twice.

At the same time, churches were reopening in some countries, Spain's football league announced it would kick off again on June 8, and thousands flocked to beaches in the US, where lockdowns and social distancing have become rights issues that have split communities.

But in Britain, Prime Minister Boris Johnson, who recovered from the virus himself after intensive care, on Sunday faced increased pressure to sack top aide Dominic Cummings who was accused of twice breaching his government's own lockdown rules.

With infection numbers stabilising in the West, many governments are trying to move towards lighter social distancing measures to revive moribund business and tourism sectors while remaining wary of a second wave of infections. 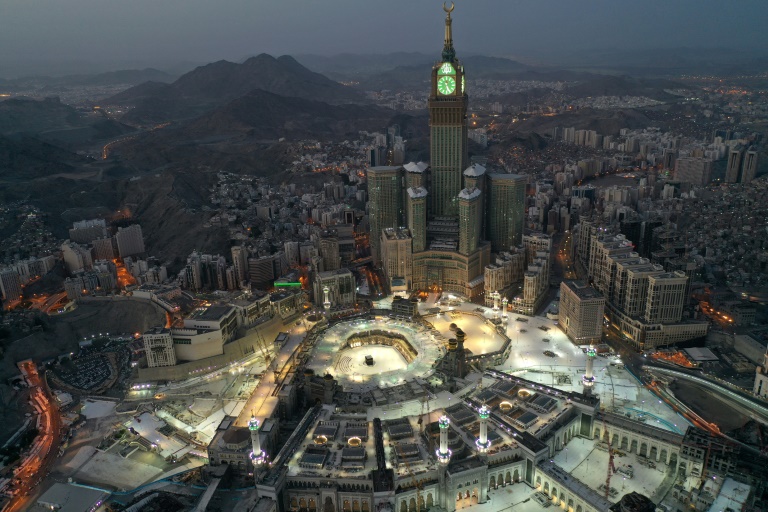 Saudi Arabia's holy city of Mecca was empty of worshippers for the last day of Ramadan.

In Spain, Prime Minister Pedro Sanchez sought to reassure potential visitors, saying that from July 1, "entry for foreign tourists into Spain will resume in secure conditions".

Italy is also due to reopen its borders to foreign tourists from June 3.

French churches were holding their first Sunday masses in more than two months after the government bowed to a court ruling that they should be reopened - provided proper precautions were taken.

"My cell phone is crackling with messages!" Father Pierre Amar, a priest in Versailles, just outside Paris, told AFP. 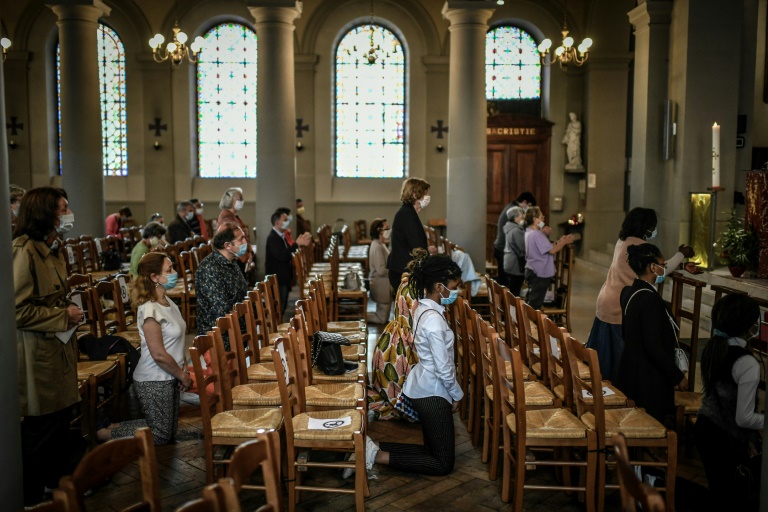 In France people attended church services for the first time after religious gatherings were allowed.France's mosques, however, called on Muslims to stay at home for the Eid al-Fitr holiday. They said they would gradually resume services from June 3.

In Saudi Arabia, Eid prayers will be held at the two holy mosques in the cities of Mecca and Medina "without worshippers", authorities said as the kingdom began a five-day curfew after infections quadrupled since the start of Ramadan.

"Eid is not Eid with the atmosphere of coronavirus - people feel a sense of fear," Palestinian Akram Taher said in Gaza, where worshippers wore masks and kept prayer mats apart.

Some faithful gathered for prayer on a nearby beach, kneeling on the sand to keep a safe distance apart.

For Christians in Jerusalem, the Church of the Holy Sepulchre briefly reopened its doors, but with tight restrictions in place.

British scandal
In Britain, a scandal has erupted over disclosures that top government adviser Dominic Cummings had flouted the lockdown rules.

Cummings was seen visiting his parents in Durham, 250 miles (400 kilometres) away from his London home in March, despite suffering from virus symptoms. 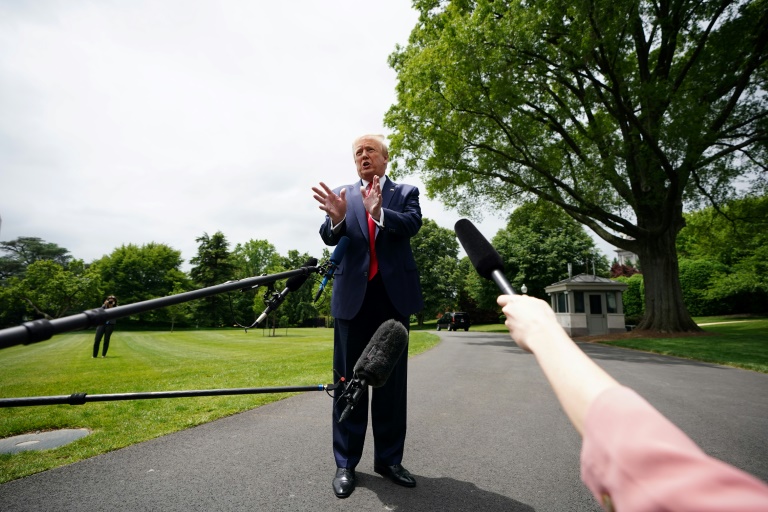 US President Donald Trump went on his first golfing trip.

The Observer and Sunday Mirror reported he had broken lockdown restrictions again and was seen in Durham a second time on April 19, days after he had returned to work in London following his first trip north.

Cummings denies any wrongdoing and the British government has so far rejected calls to sack him over the allegations.

"You cannot advise the nation one thing then do the opposite," Tory MP Craig Whittaker tweeted, echoing opposition criticism.

Despite positive signs elsewhere, the disease continued its surge in large parts of South America, with the death toll in Brazil passing 22,000 and infections topping 347,000, the world's second-highest caseload.

In the US, where the death toll is highest in the world nearing 100,000, Trump has aggressively pushed to reopen the economy, defying the advice of health experts.

He sent a signal of his intentions by playing golf Saturday - his first round since March 8.

But the New York Times marked the grim US toll on Sunday with a memorial on its front page carrying one-line obituaries for 1,000 victims.

"The 1,000 people here reflect just one percent of the toll. None were mere numbers," the newspaper said.

The US economy has shed almost 40 million jobs this year and many companies have gone to the wall. But most states have begun easing their lockdowns and many reopened public beaches despite worries about infections.