George Herald journalist Michelle Pienaar scooped the most sought-after trophy as journalist of the year.

GARDEN ROUTE | KAROO NEWS - Group Editors journalists were among the top achievers at the prestigious annual Forum of Community Journalists (FCJ) Excellence Awards on Friday, bringing home four trophies from the ceremony, which was held at the Leriba Hotel & Spa in Pretoria.

George Herald journalist Michelle Pienaar scooped the most sought-after trophy as journalist of the year from among the best of the best in the South African community newspaper industry.

The judges said Pienaar presented an impressive portfolio coverage of a wide range of topics relevant to her community. "Her cold case files stories were excellent. She knows her town and writes well about ordinary people, crime and important developments in the community."

Asked to say a few words about her achievement, Pienaar said it is an unexpected but huge honour. "I want to thank my colleagues for their support. We bring out the best in each other," she said. 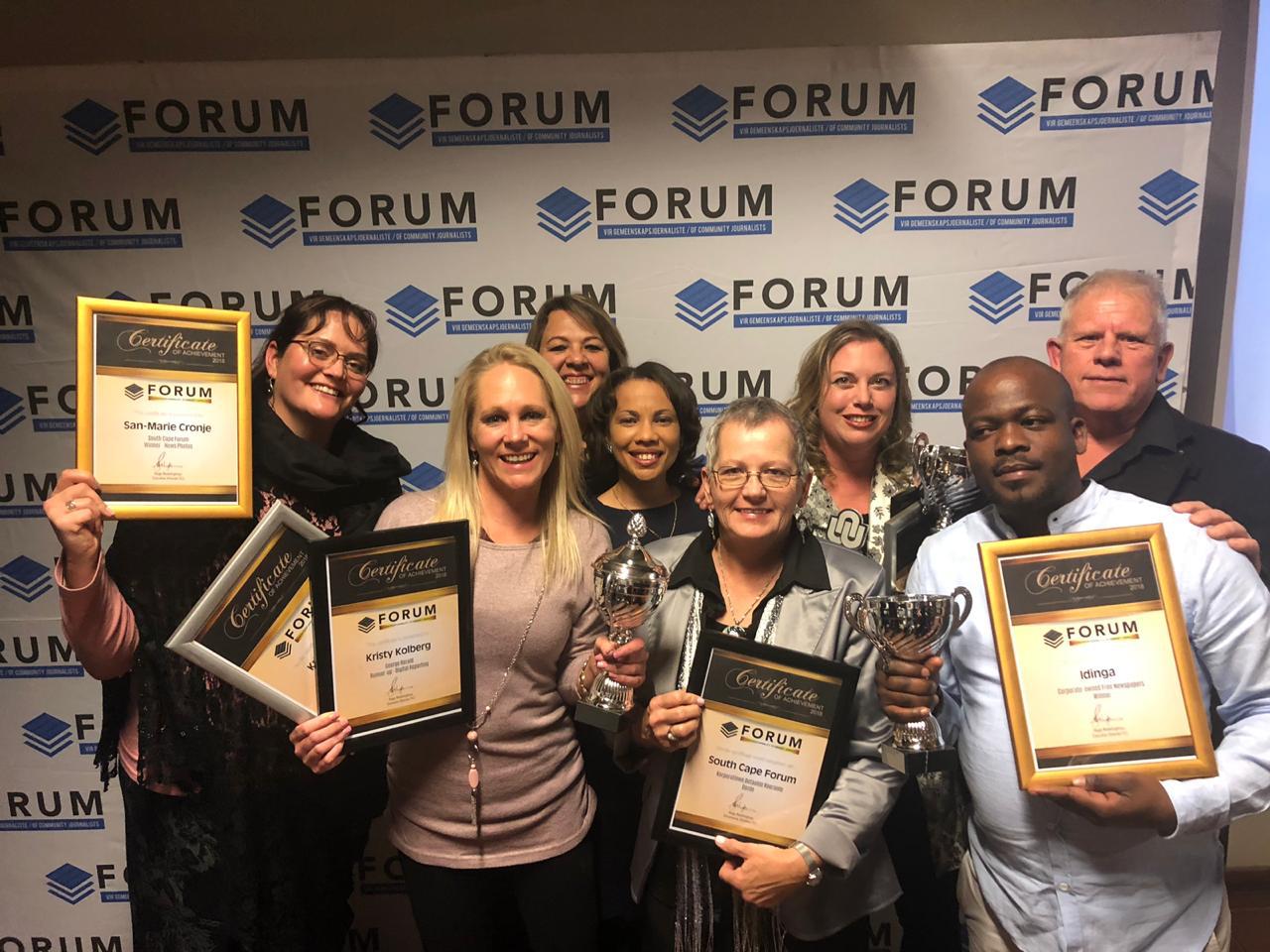 Another talented George Herald journalist, Kristy Kolberg, won the top prize as best newcomer, the Alet Roux trophy. Journalists with less than three years' experience are allowed to enter and the winner had to be among the top ten in the category for journalist of the year.

Kolberg also came second in the digital reporting division and was among the top 10 finalists in the general photography, news photography, headline writing, and hard news categories. These achievements follow her award earlier this year for best headline writing at the 2019 Caxton Awards ceremony.

Idinga editor Zolani Sinxo was over the moon with his FCJ award for the best front page in the corporate-owned free newspaper category.

Hannes Visser, editor of Oudtshoorn Courant, was a finalist in the best headline writing and best column categories.

The annual FCJ awards ceremony honours journalists and newspapers for work published in 2018. The awards have been presented under the auspices of the FCJ for over two decades and are widely considered as the Oscars of the local and community media industry. Finalists hail from various media houses including Caxton Local Media, Group Editors, Media24 and Independent Newspapers (Cape Community Papers and members of the Association of Independent Newspapers).

Master of ceremonies, Mike Strohman, said the awards recognise the all-important role that the local media play in our country and reward the high standards demanded of this profession. 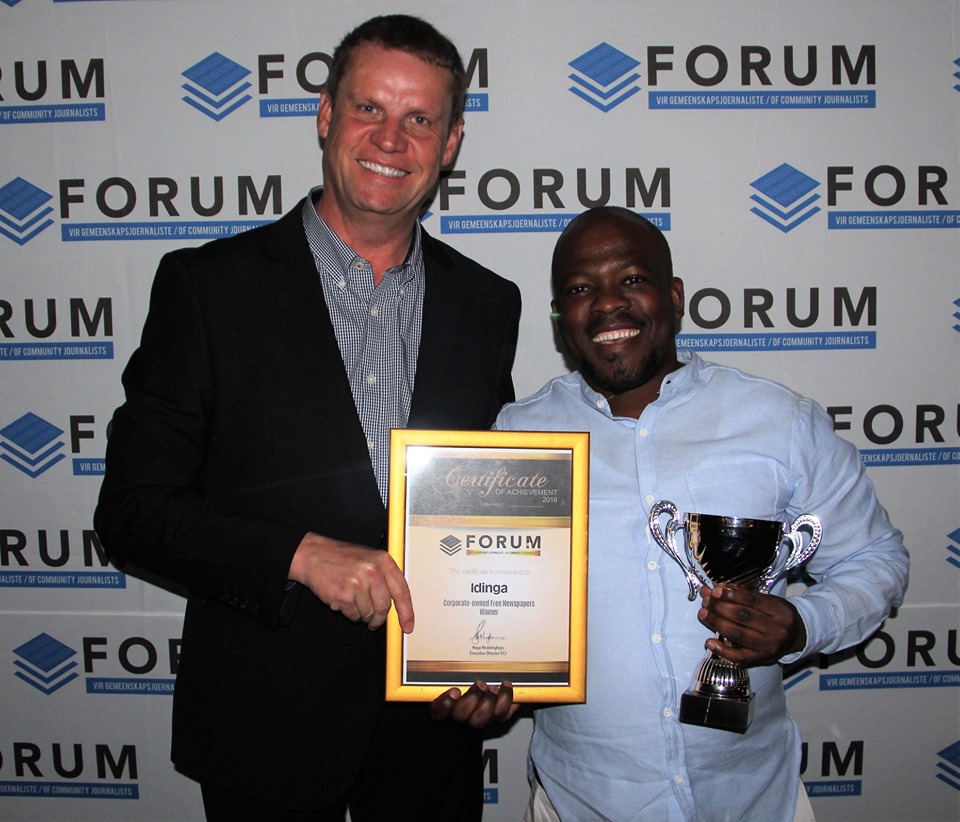 Idinga editor Zolani Sinxo with his FCJ award for the best front page in the category corporate-owned free newspaper. It was handed over by Jurgens Tubb of MHI Attorneys in Bellville.