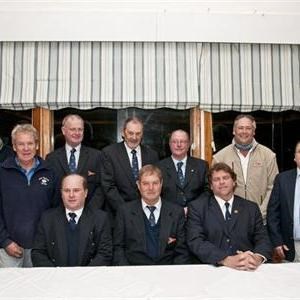 However, he stressed that the club needed it's members. He presented a modified presidential quotation, "Ask not what your club can do for you, but what you can do for your club!" He thanked the staff for their service, especially treasurer Pat Robison who is standing down. He bade farewell to club manager Campbell Moore who is taking a position at Coega, saying he will be truly missed.

'Bossie' Monson, the vice commodore, presented his report, commenting on the improvements carried out at the club in the past year, such as the galley floor, upgraded electrical installation, general maintenance, the new braai area and the re-located children's play area. He reminded members that the club was over 100 years old and would require increasing maintenance.

For the canoe section Alaistair Fraser reported on a number of successes during the year, overseas and in South Africa. Michelle Eray had another outstanding year and the youngsters were doing very well. Gayle Newby for liaison, asked for more feed back on the newsletter and Geoff Goddard for the keelers reported that the Buffaloe Bay Challenge was proving very popular, and said it was hoped to hold three to five this year.

Andrew Finn, the sailing secretary, commented on the greater mixing of keelboat and dinghy sailing, and called for it to continue. He said that Knysna, having won the Lipton Trophy in 2010 had come second by a whisker in 2011, was mounting a serious challenge for 2012.

He reported that dinghy racing would revert to every Saturday in the new season and commented on the resurgence of Hobie racing and the growth in 'mini-keelboat' racing. The Hobie 14 nationals were held in Knysna this past year and was very successful. The purchase of three Xterras for the junior sailors was very popular and he hoped the club could acquire more. He complimented Mike Pogodin and Rob Clark on the great work they were doing with junior sailors, and closed by thanking the NSRI for standing by through the season.

Pat Robinson presented his final treasure's report, saying that the financial stress in Knysna was higher than ever, with over 80 businesses having closed in Knysna in the past year.

There was a 10% increase in bar takings and these balanced a loss on catering. Subscriptions showed no increase despite a 6% increase in the fee as some members resigned at the increase. Turnover on the bar and catering was down and he called for more support from the members and more functions to be sought. 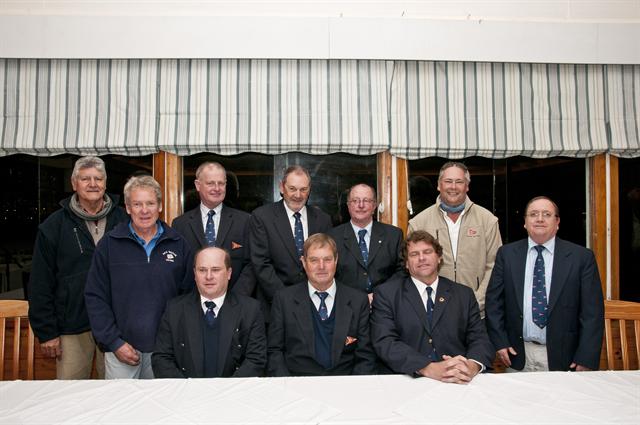