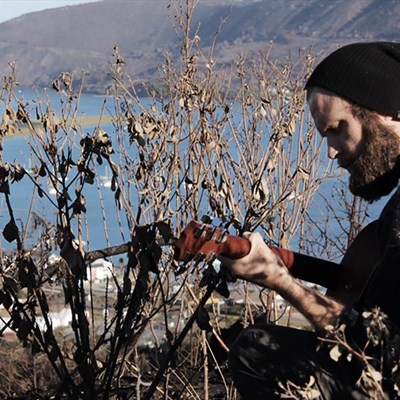 KNYSNA NEWS - A Knysna-based singer-songwriter has released a single to raise funds for victims of the fires that decimated the town earlier this year.

“On Saturday the 10th of June, three days after my neighbour’s house burned down, I was sitting in my own house in the 'bodorp' (upper town), watching the flames flaring up just a few kilometres away on Mount Joy,” said Dean Jackson.

“We had no water and no electricity, and there wasn’t much I could do – so I started to write.”

Jackson came to Knysna from Cape Town about three years ago to work as a creative director for an international marketing agency.

“I’ve been writing songs as a personal hobby for close on 20 years, though, and I’ve always loved how they have the courage to say the things that so many people are thinking but aren’t always able to express.

“At their best, songs are simply short stories made memorable by their melodies,” he said.

From its first words – "This town with its tinderbox hearts and its burnt matchstick trees" – Jackson’s new track, Smouldering Still, speaks of the aftermath of the fires.

“Emotion spurs creativity, and there was certainly no shortage of emotion when the fires hit, but there’s also all the emotion of the aftermath. Putting that down in a song was my way of trying to deal with it, and of making some sort of sense of it,” he said.

“I’ve always thought that the community of Knysna was full of goodwill, positivity and resilience – and the fires highlighted these things because they spurred so many people to so many incredible acts of kindness and generosity.

"So it feels natural that the tragedy needed a soundtrack, a tribute song to mark the occasion, and to remind us of how brilliantly we came together, and of how we really did help one another," Jackson said.

“Let’s not forget how we behaved while the fires were raging, and let’s keep that spirit alive as we rebuild together, and as #KnysnaRises.” – Martin Hatchuell

Dean Jackson’s Smouldering Still was recorded at Knysna’s Bad Dog Sound Studio, and is available at a cost of R9.99 from www.songforknysna.co.za.

Read this story online and hear a video clip of Jackson's song.

Proceeds will go to various local organisations involved in reconstruction in the Garden Route.