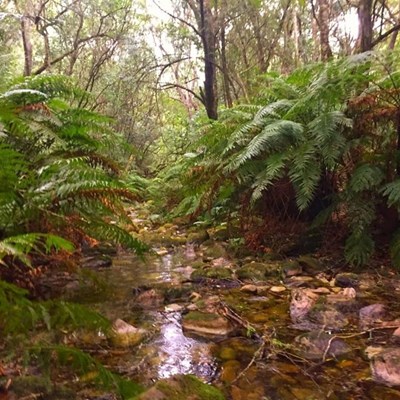 Knysna Forest
KNYSNA NEWS - Initial findings after the devastating fires in Knysna indicate the iconic Knysna forest was not affected by the fire, with only some fynbos areas and a tourist site burnt.
Spokesperson for SANParks, Nandi Mgwadlamba confirmed today, Monday, 19, that areas from Goudveld to Diepwalle, the forest is accessible and was not at all affected by the fire.
The Knysna forests are South Africa’s largest portion of Southern Afrotemperate Forests, spanning across some 60,500 hectares of land, from George to Tsitsikamma in the East.
SANParks Scientists have recorded and documented in the State of Knowledge report (2015) the presence of more than 30 terrestrial habitat types, representing more than 50 forest and fynbos communities within the boundaries of the GRNP.
“The forest is a haven for 465 species occurring in the forest areas, over 22 species of amphibians, 24 reptile species, 305 species of birds and some 42% of South Africa’s 290 mammal species. At least 7.1% of the Park’s mammals are listed as Endangered (EN) and 14% as Vulnerable (VU),” said Mgwadlamba,” said Mgwadlamba.
Areas that suffered damage were the fynbos areas in the Garden Route Park, Harkerville while The Kranshoek Viewpoint and picnic areas were gutted by the fires. The team in Harkerville are assessing the damage to see if that area will be ready for the town’s biggest Festival in July.
“We had an overwhelming response to a call for volunteers for GIS mapping of lost infrastructure. The team is also getting ready to finalise findings and should hand over maps and a report to the (Joint Organizing Committee) JOC. This exercise will provide adequate information pertaining to the loss of infrastructure as a result of the devastating Knysna fires from Rheenendal right through to the town of Knysna.’
“The mystical Knysna forest is attractive to visitors for its indigenous trees some over 600 years old. The King Edward Big tree in Diepwalle, the Dalene Matthee Memorial, the Hoekwil Big tree and the 1000 –year- old Tsitsikamma Big tree.
Other activities in the forest include camping spots, cycling trails, hiking trails, forest excursions (segways, scootours and ziplining). There two museums in the Knsyna forest (the Legends Museum in Diepwalle with the history of the Knysna forest is by far the most popular).