Kaaimans Bridge landmark of the year

One of the most well-known sights in the Southern Cape, the Kaaimans River Railway Bridge. Photo: Eugene Gunning

GARDEN ROUTE NEWS - The historic value of one of the most famous landmarks in South Africa, the Kaaimans River Railway Bridge, was acknowledged recently.

The SA Institution of Civil Engineering (SAICE), together with George mayor Melvin Naik, was to unveil a plaque on Wednesday 9 October at Dolphin's Point overlooking the bridge, conferring upon it the "2019 National Historic Civil Engineering Landmark of the Year".

However, a last-minute change had to be made in the programme due to inclement weather and only a symbolic inauguration took place at Kaaimans Restaurant.

The SAICE History and Heritage panel evaluates historic civil engineering infrastructure annually to decide which project should be honoured.

In so doing, the civil engineering heritage of our country is honoured and the role infrastructure plays in our day-to-day lives is highlighted for the recognition it deserves.

Jan Brink, acting chairperson of the Southern Cape branch of SAICE, welcomed the award. He said many see the bridge as a tourist attraction, but highlighted that it also forms part of infrastructure, which is a very important part of the economic development.

SAICE Brian Downie said local people don't realise "what a gem they have" in the bridge. "It is admired around the world."

This bridge between George and Wilderness is one of the most photographed structures in South Africa and is well known internationally, continually attracting railway and heritage tourists.

It was also part of the Outeniqua Choo Tjoe route. The Choo Tjoe had to be discontinued in 2006 after heavy rains caused damage to the railway line. Martin Hatchuel, spokesperson for Classic Rail, a company that has applied for a concession to run the Choo Tjoe train again, said they are optimistic that their application will be successful.

"The 2007 floods have put the Outeniqua Choo Tjoe off its rails for now, but we remain optimistic that some day soon operations will resume on this historic route and over the Kaaimans Bridge, to transport tourists and goods once again," reads the statement.

According to an SAICE statement, previous awards have gone to projects such as the Van Stadens Weir/Dam near Port Elizabeth, which was built in 1877. Last year's recipient was the Bloemspruit Canal in Bloemfontein, which is still in use today. 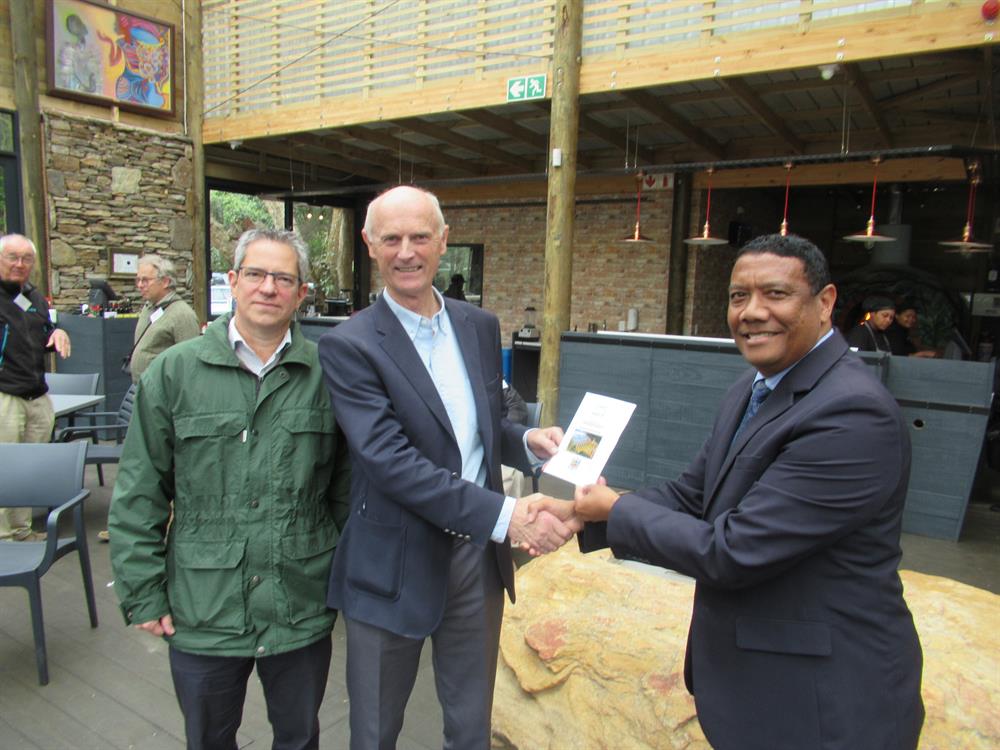 The plaque at Dolphin's Point that declares the Kaaimans Bridge as the 2019 National Historic Civil Engineering Landmark of the Year. Photo: Michael Elston