This workshop proved that there is a strong political-will and an inter-departmental commitment to find sustainable solutions for societal ills faced by communities. One of the many interventions discussed, is the development of safety plans and the roll-out of community safety projects.

Local municipalities will develop safety plans, while Garden Route District Municipality will coordinate and fund the establishment of safety forums, as well as community safety projects.

During the event, Executive Mayor of Garden Route District Municipality, Councillor Memory Booysen, reaffirmed the District’s commitment to the development of Safety Plans and projects by saying, “We will avail R50 000 per municipality to assist them with community safety projects, but first, local municipalities (Bitou, Knysna, George, Mossel Bay, Hessequa, Oudtshoorn and Kannaland), must establish safety forums. 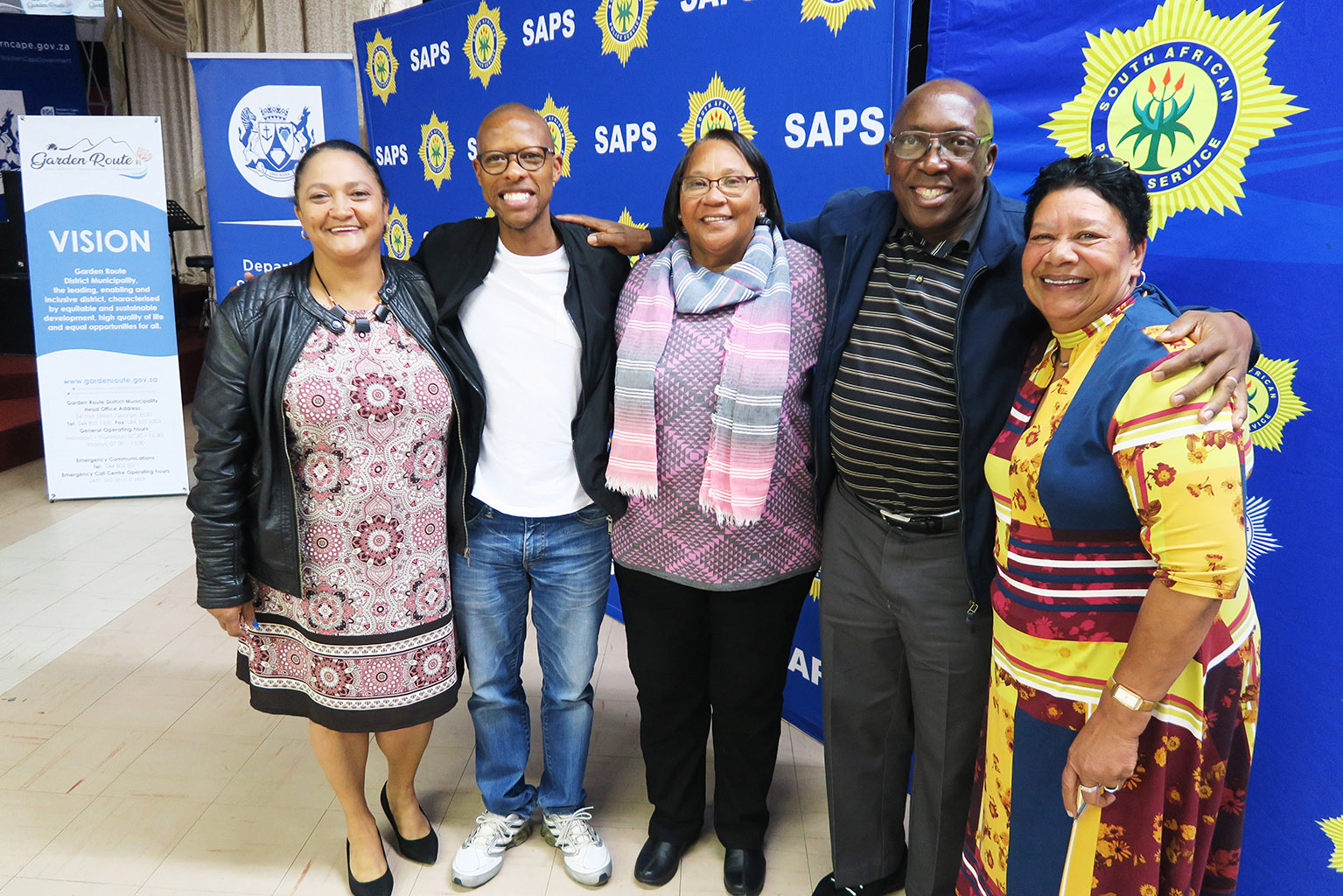 The two-day workshop also derives from the January 2019 Eden Cluster Anti-Crime Summit. According to Eden Cluster Commander, Major-General Oswald Reddy, “We noticed a gradual increase in contact crimes - women and children were victims of this. In most cases, either the victim or the offender were under the influence of alcohol or drugs.”

It is for this reason that we thought it best to utilise the Western Cape Government’s “Alcohol Harms Reduction Game Changer” programme to build social cohesion and resilience among community members.

Developing of safety plans
Ms Theresha Hanekom, Deputy Director: Strategic and Knowledge Management at Western Cape Government, presented what safety plans are, their purpose, including key elements and features of such a plan. “A safety plan is an integrated social crime prevention plan that acts as a starting point in informing numerous stakeholders about safety issues within their particular communities/region,” said Hanekom.

“Safety plans and outlined targets for accounting officers who should not only develop plans, but also implement them.” 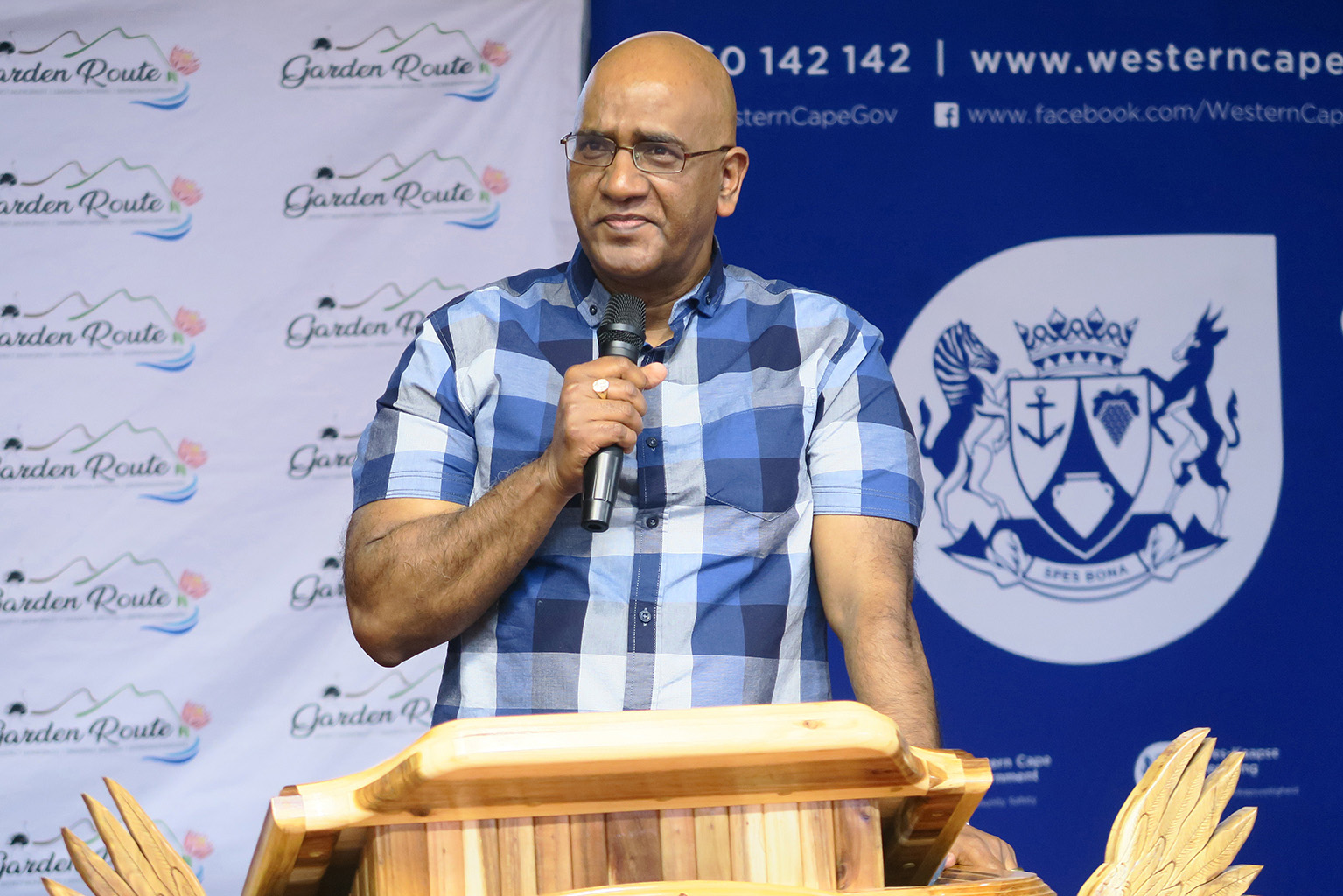 Eden Cluster Commander, Major-General Oswald Reddy said that municipalities and role players have to ‘hit the ground running’ to ensure that safety plans and structures are in place.

"We require local municipalities to:

Stratu shared that the District will put aside R2500.00 for the establishment of safety forums.

In wrapping up day-two’s programme, Mr Stratu urged audience members to be conscious of the following: “While we move forward to 2021, the end of the current term of council, there will be a lot of unrest. We need people who can mediate between the various stakeholders.”

“Everyone should reflect that if we compare ourselves to other districts, we are quite safe. It is still important to take a step back and reflect on what it is that has gone wrong over the past few months." 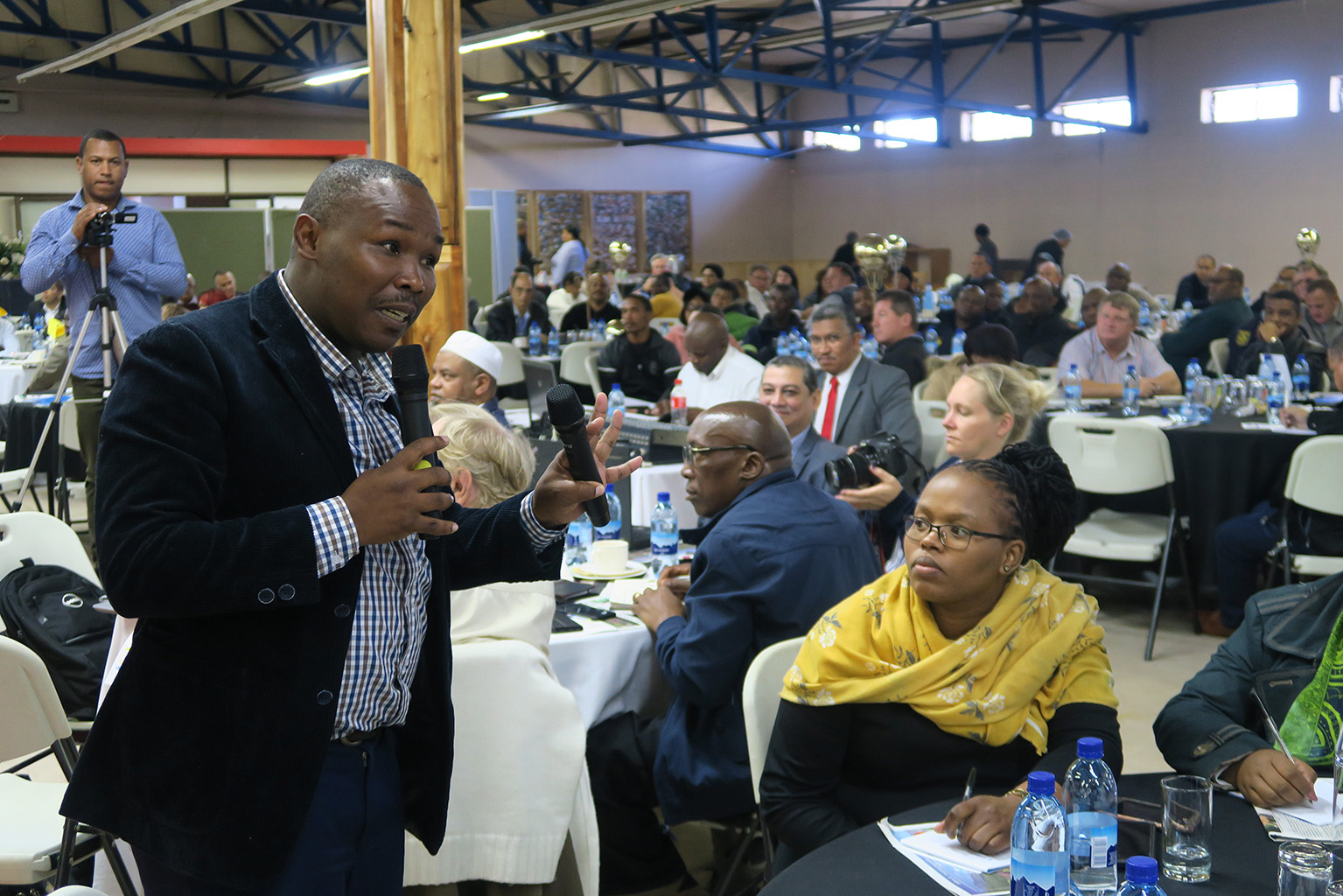 For instance, a first responder can be anyone from the public and play a similar role to that of community intelligence officers.

They are responsible for:

In referring to mediators, Major General Reddy explained that the Eden Cluster wants to “empower mediators” and to “ensure that mediators have an aptitude for the job.” He said that mediator teams are “a priority for SAPS over the next three months.” 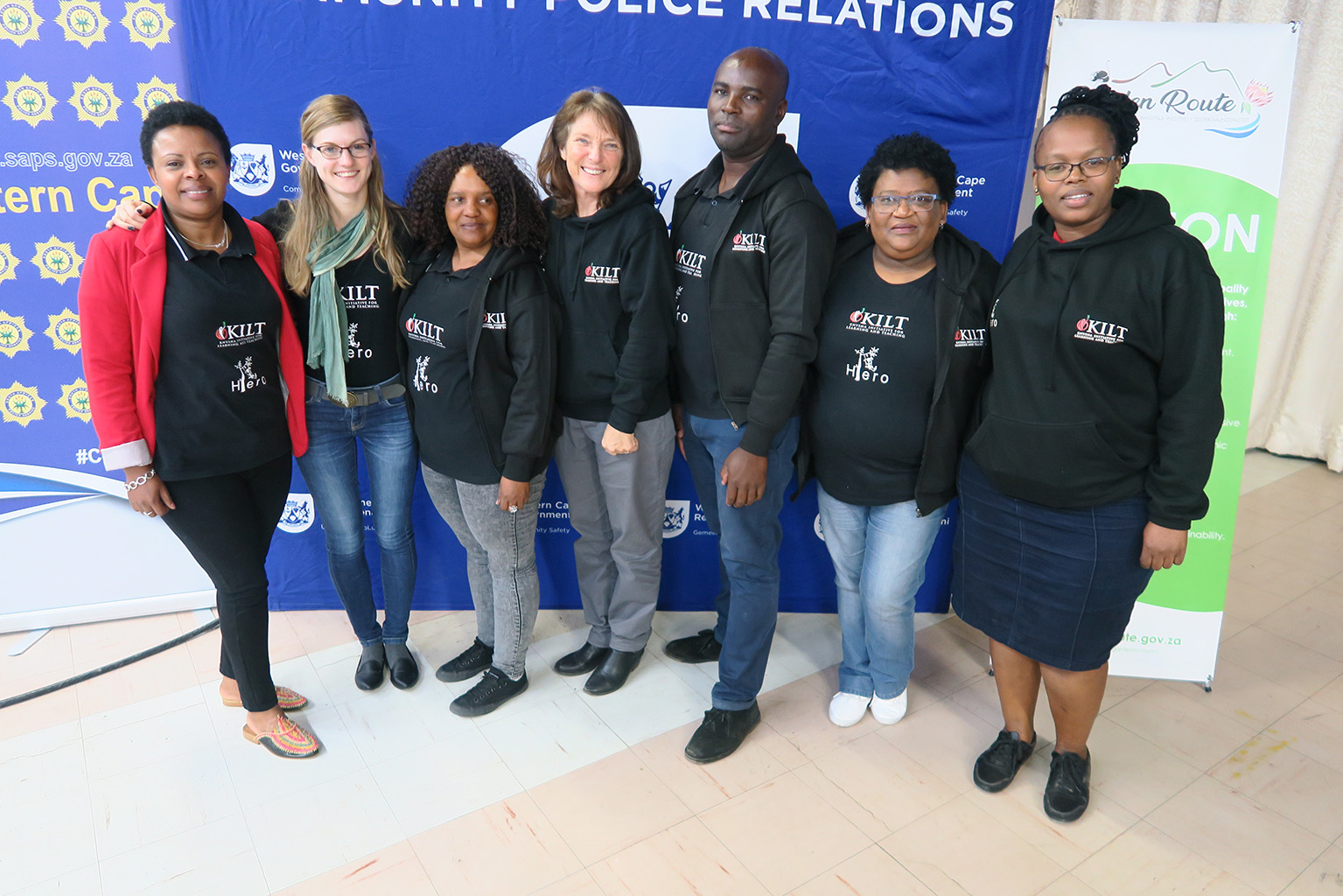 Members of the Knysna Initiative for Learning and Teaching played a vital role in the final part of the workshop when action plans were developed, Ms Lynn Stoker (middle), facilitated the session.

Alcohol harms reduction
This topic focused specifically on how to reduce harms associated with irresponsible liquor trading and alcohol abuse in targeted areas.

“One of the reasons why we focus on alcohol reduction here, is because it places tremendous pressure on the health care system,” said Lottring. This is especially true when thinking about the causes of road accidents, accidents involving pedestrians, sexual violence, assaults and even murders.

On day two of the workshop, Ms Lynn Stoker from Knysna Initiative for Learning and Teaching (KILT), facilitated a session on Alcohol Harms Reduction. She posed three questions to the audience members:

Following these questions, groups discussed problem areas identified by their municipal area group. Groups identified root causes of alcohol misuse and produced workable and executable action plans. Participants aligned recreational or remedial activities to sector departments or agencies for auctioning. Each group had an opportunity to present their group’s findings. 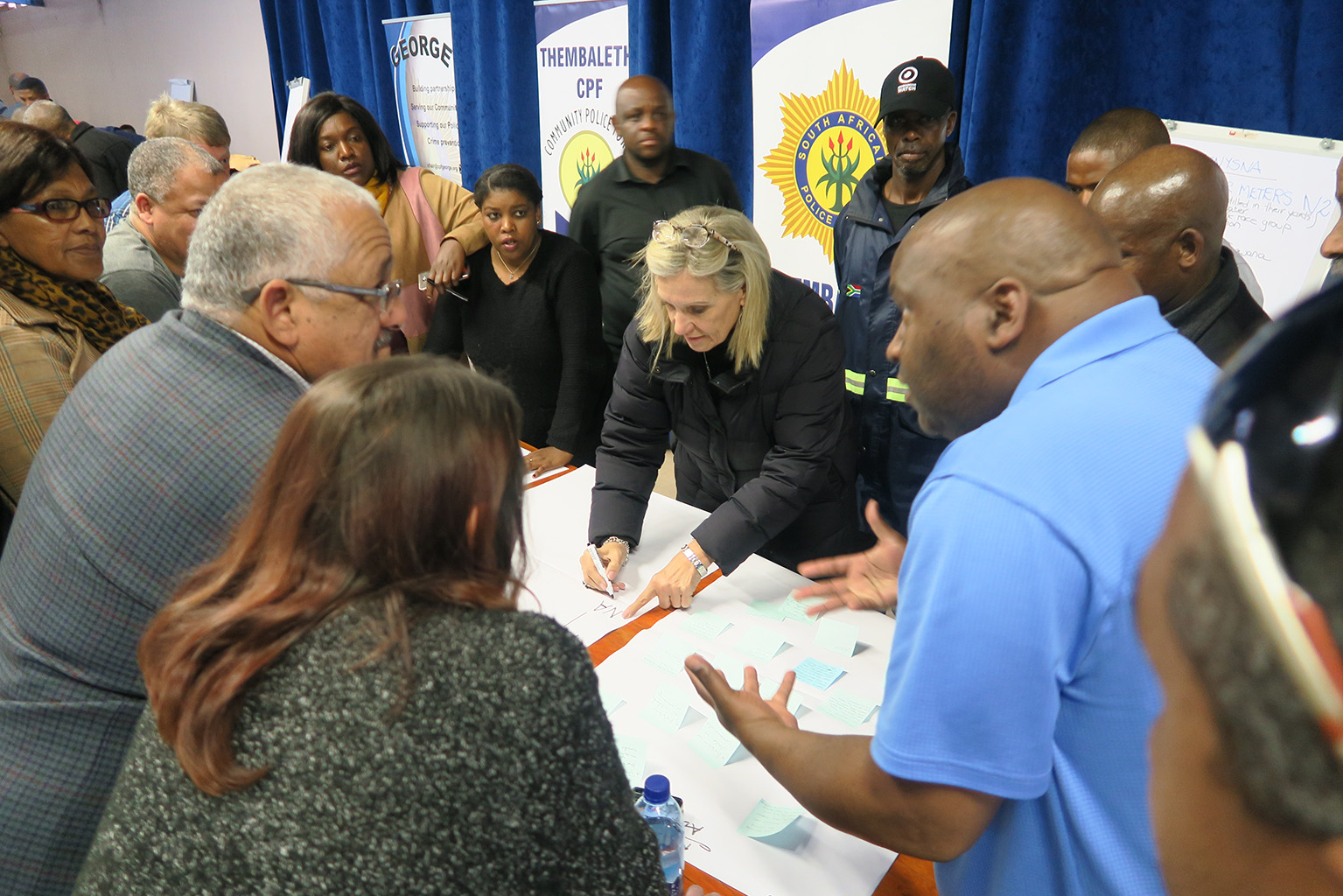 The Knysna team, during their planning session, defined problems people in Knysna communities face and developed an action plan to address some of the problems.

When referring specifically to the first 1 000 days of a child’s development, Muller took it a step further by illustrating that “the brain means is highly responsive to environmental factors that promote strong brain development (protective factors). These include the good health and nutritional status of the mother, infant and child; a clean environment free of pollutants such as alcohol and drugs whilst in utero.

"As an infant and young child; strong, protective and stimulating relationships with parents and other primary caregivers are of utmost importance. These relationships can introduce language-rich, nurturing and responsive caregiving circumstances; and access to safe care and quality early learning opportunities. It has to start from birth and until the child enters formal school, in centre- and non-centre-based ECD programmes.”

In summary, Muller presented the World Health Organisation’s framework for helping children survive and thrive to transform health and human potential. The guiding principles include good health; adequate nutrition; responsive caregiving; security and safety and opportunities for early learning. At DG Murray Trust they compiled 10 powerful opportunities for change, accessible on their website.

In closing the workshop, Major General Reddy urged role players to “hit the ground running” and that there would be “time-frames, responsible persons and departments” to ensure that the programme is effectively monitored and evaluated.

“Over the next few months, we will also launch a project to address domestic violence and to empower victims of crimes”.