WESTERN CAPE NEWS - The Western Cape has recorded an additional ten COVID-19 deaths, bringing the total number of deaths from the virus in the province to 147.

Today's statistics show a considerable jump in new infections over the past 24 hours.

According to Premier Alan Winde, there are a number of reasons for this large jump: "As we have indicated before, the curve of the virus is moving faster in the Western Cape as a result of entrenched community transmission in some of the Western Cape's hotspot areas.

"The Western Cape has also seen a considerable increase in the number of tests conducted in the past 24 hours (6150 additional tests), and backlogs in the processing of tests at the National Health Laboratory Services result in batches of results being released simultaneously." 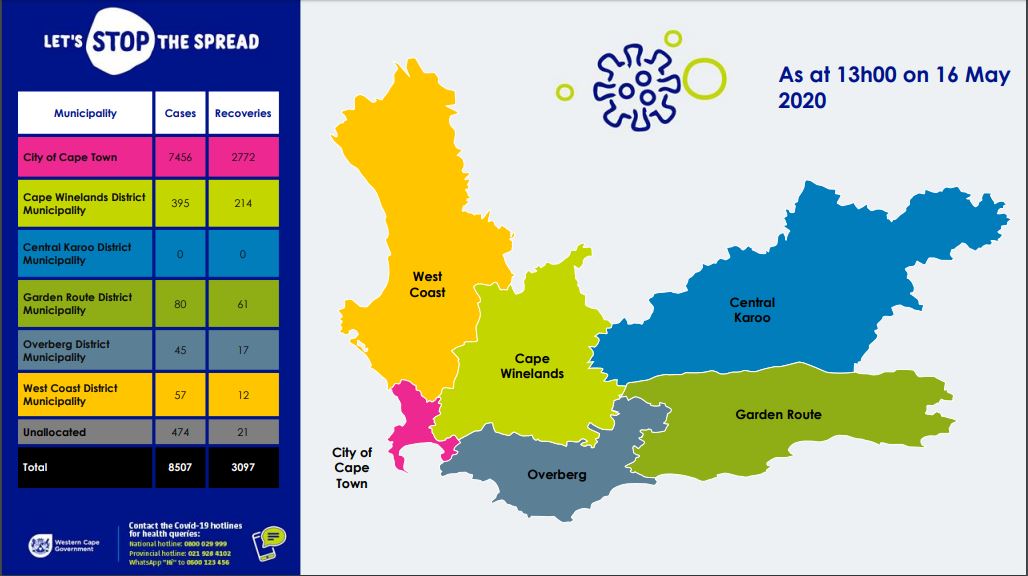 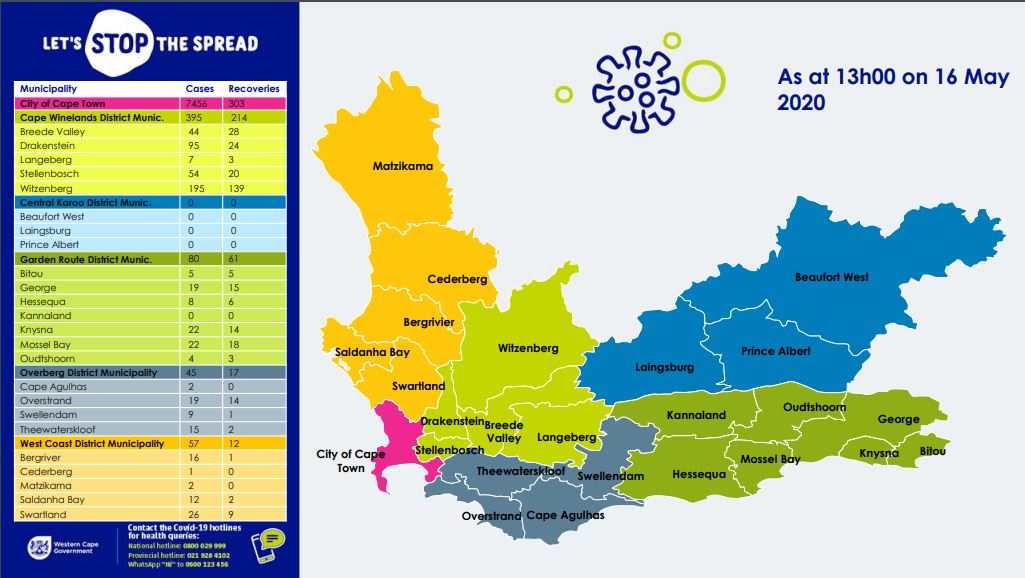 Cases previously assigned to Witzenberg (1 case) and Mossel Bay (1 case) have been reallocated to other sub-districts due to updates in address data.

Additional data can be accessed on the dashboard at www.westerncape.gov.za/coronavirus.

"The focus of the discussion was around the response to COVID-19 across the provinces, and the move towards alert level 3 of the lockdown. We received a number of presentations including one from the National Department of Health," explains Winde.

"The Western Cape presented its hotspot strategy to the group, as the provincial response to the number of infections in nine geographical areas. These areas- in each of the City of Cape Town's eight sub-districts, and in Witzenberg account for a large proportion of the Western Cape's infections. Using the data and evidence available to us, we will be able to specifically target these areas with responses from across government departments.

"All of the information presented will be taken into the National Command Council Meeting to be held tomorrow, where further deliberations will take place."