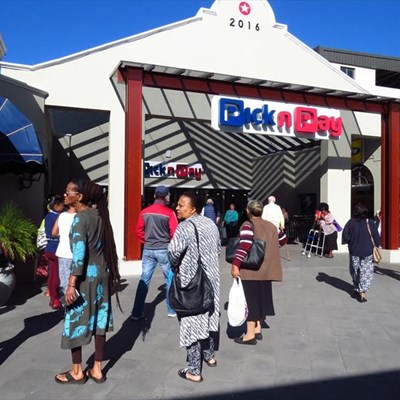 There was much confusion and irritation last week when the doors of Pick n Pay in Woodmill Lane were closed on Wednesday morning, August 2, with no explanation or notification as to when it would open again.

KNYSNA NEWS - Rumours were flying last week after Knysna shoppers were left confused and disappointed on Wednesday when they arrived at Pick n Pay in Woodmill Lane and found the store closed with no previous notification or signage on the door explaining the closure, or when it would reopen.

When the Knysna-Plett Herald started enquiring about the closure, information was scarce and management could not be reached. Information from the Knysna police was also not forthcoming.

What was told to us by reliable sources, who cannot be named, but who works at the shopping centre, was that “we know burglars came in through the roof and then took a large stash of cigarettes”.

Two days after the incident, on August 4, Knysna police spokesperson Sergeant Chris Spies confirmed the incident and said that the Knysna detective branch was investigating a case of burglary following the incident.

According to Spies, the incident occurred between Tuesday, August 1 at 19:45 and the Wednesday morning at 07:00.

“Investigation indicates that entrance to the premises was obtained through the roof and the suspects stole two cellular phones before they fled from the scene. A hand radio linked to a local security company was also found inside the premises,” he said, adding that no arrests have been made yet, and that the investigation continues.

Nurse said they suspect the burglars stayed hidden until the alarm was deactivated. “They were probably hiding there for several hours making sure they remained undetected. They waited for the response guys to leave and it was safe for them to continue.”

Although Allsound was on the scene when the alarm was activated, when the outside premises were checked there was no sign of entry so it would have been impossible for their security guards to detect a problem.

Pick n Pay management has declined to comment at this stage.